It had been 60 years since the infamous Berlin march. A.I. development had progressed to such an extent, it threatened jobs all over the world. Rumours of a new technology that would replace 60% of the workforce had spread like wildfire amongst the people. In response, strikes were conducted by the workers’ unions, which escalated into protests, and even riots. Public opinion towards A.I. had soured and after the march conducted in Berlin, most countries had ended up banning A.I. to preserve jobs.Bookmark here

This was indeed the biggest blow to humanity’s progress. Ever since 2030, humanity had barely progressed and the quality of life had remained the same.Bookmark here

Akihiro Kimura, a 3rd year student at the prestigious Tokyo Metropolitan High School, stood quite tall amongst his classmates and was admired by many. His head filled, with curls that reached his serene grey eyes, and his chiseled jawline made him very attractive. However, his eyes were indifferent to all. His gaze was calm, hinting on how he was lost in his own world, unbothered by anything happening around him. This made Akihiro unapproachable. Most students were intimidated and didn’t talk to him. He had always been exceptionally talented, at sports as well as studies. Indeed he had everything one could desire: strength, wits; but he lacked a simple quality that society tends to take for granted: empathy. Akihiro struggled to comprehend the meaning of life, and his reason for existing.Bookmark here

In fact, he was akin to a robot without orders.Bookmark here

‘The universe is enormous; our existence, so insignificant that one can say that everything is meaningless. If life holds no meaning, everything is futile. In such a world does laughing or crying make any difference?’Bookmark here

This is how Akihiro had always thought. Rather, it would be more appropriate to say that he could not comprehend what emotions were. Adopted by loving parents at an early age, and raised alone by his father in Tokyo, it was difficult to find logic in his insensitive behaviour. Bookmark here

This was Natsume Suzuki, one of his friends in class. Bookmark here

“Oi Oi Oi! Don’t ignore me like that! You know, there are rumours that Shinoda san likes Rumi chan? Pretty sure she's not interested though. What do you think??”Bookmark here

Rumi had silky hair, hazel eyes that sparkled, and a perfect figure. Being a natural extrovert, there was no doubt that she was the most popular girl at school.Bookmark here

“She's too popular for her own good. Bet everyone's jealous that she's always hanging out with you.”, Natsume rambled on.Bookmark here

“Ehhhhh, what a spoilsport. Let’s at least go to the new ice cream store near the station in Shibuya. I heard it’s really unique.”Bookmark here

“Some other time.”, Akihiro replied as he walked out of the classroom. Bookmark here

Akihiro, as always, was lost amidst his thoughts while walking back home. He had been having headaches quite often in the past few weeks. They were random and he was unable to figure out the reason behind them. Today, he immersed himself in his thoughts about empathy and society.Bookmark here

‘Does empathy truly exist? We can only “empathise” because we remember a similar memory and the emotions behind it. One cannot empathize with a dying old man unless one has experienced the slow process of death. It would be more appropriate to use the word “relate” rather than “empathize” as people cannot understand emotions that they haven’t felt before.Bookmark here

Empathy doesn’t exist; we are all social beings who put on a mask while interacting with each other so that the weak threads connecting us won’t snap. People say that empathy makes us human, but that’s ironic, because if that were true, then most of us would be monsters.’Bookmark here

Unlike his peers, Akihiro never bothered to fake empathy, and thus was frequently accused of being insensitive. Akihiro was just unable to wear the mask while interacting with society. He'd never been bothered by such trivial things.Bookmark here

He walked down the road lined with cherry blossom trees- the most beautiful part of his usual journey back home. He had reached the intersection and was standing a few metres away from a girl. She was in his class but he didn't bother approaching her.Bookmark here

That’s when his vision flickered, a scene he’d seen before flashed in front of him. The girl hadn’t noticed the car speeding down the road. An accident was about to occur. Bookmark here

Time slowed down as Akihiro felt another sharp pain in his head. A sudden spike in adrenaline caused his breathing to become rapid and his heart to start pumping harder as blood coursed its way to his limbs. Within seconds he ran up to her and jumped, pushing her away from the impending danger. Everything happened in a matter of seconds. If someone were to witness it, they would have been shocked by how Akihiro actually made it in time to save her.Bookmark here

The screeching sound of tires, and a loud thud later, Akihiro was hit by the black car and was flung into the air. As he was airborne, the only thoughts that flooded his mind were ‘Why did I do this?’. He fell to the ground and stayed down for some time. Quite oddly, he felt neither pain nor any broken bones. ‘Is it because of the adrenaline?’, he wondered. His leg was scraped and blood gushed out of his wounds, but he was not worried about himself. He looked up and saw the face of the girl he had just saved. Her hands covered her mouth, her eyes were in shock, and her legs were trembling.Bookmark here

The car had swerved across the path and come to a halt in the middle of the small lane. Its doors opened and a handsome blonde man in a formal black suit, some fifteen or twenty years older than Akihiro, rushed out of the car and ran up to him.Bookmark here

“Is he okay? I’m calling the ambulance right now!” he said in fluent Japanese. Although he was a white man, it seemed that he had lived in Japan for a long time.Bookmark here

Suddenly Akihiro felt a throbbing pain in his head, but this time it was much more pronounced than any he had ever had before. It felt as if his head was being split open.Bookmark here

He was yelling at the top of his lungs while he clutched his head with both hands. His whole body was flailing and yet he felt paralyzed by the pain. Suddenly it all ceased as if nothing had happened.Bookmark here

His vision blacked out, and the last thought in his head was of humans in white lab coats looking to be in a grave discussion. "Do you think this will work again?".Bookmark here 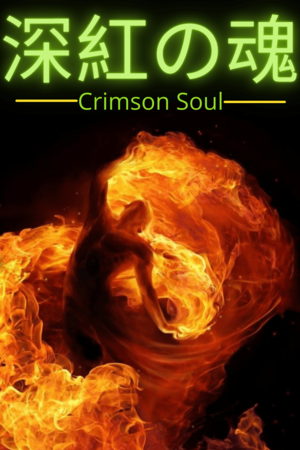