Hana, Takeda and an unconscious analyst squeezed themselves to fit in the tight space of the vent. Just a moment before, Takeda and Hana were looking for the Administrator when they ran into one of Ishida’s men, who was trying to enter the water system room.Bookmark here

The man screamed and tried to flee, but Takeda acted faster and put the fat man to sleep with a punch. When the sound of footsteps approached, Hana’s mind flashed Miyu’s ‘weirdness’ and the manager pointed to the vents.Bookmark here

Now, they were so stuck that they wondered how they managed to enter the vents in the first place.Bookmark here

“Do you think they left?” Hana said in a low voice, trying not to blow the dust inside the vent into her face. Light reached from the opening of the vent, just three feet ahead of Hana’s face. “My arms are starting to feel numb.”Bookmark here

“Drag yourself to the exit and check if they’re gone.” Takeda's voice came out choked as he was pressed by the analyst’s unconscious body. “I can barely move here.”Bookmark here

“Why did you bring him here with us?” Hana referred to the fact that Takeda ‘kidnapped’ Ishida’s analyst. “His belly is crushing my legs; I can’t even use them to push myself forward.”Bookmark here

“We’ll use him to get information. We need to know exactly what they are planning to do. You heard them talk. They want to bring others, what for?”Bookmark here

“Do you think they’re here to rob us?” Hana moved her body like an earthworm. She had only seen the tiny animal one time. It was when a human was buried alive and reached the Building with the… thing still alive and crawling in his clothes. Back then, a group of steerleans circled the earthworm and observed it with wide eyes and raised eyebrows.Bookmark here

“It moves so slow!” A steerlean man in the group said. “Won’t it die before finding food?”Bookmark here

“I’m not sure if it needs to eat. I’ve heard stories about monsters that feed on people’s magic power.” A steerlean girl said.Bookmark here

The group kept observing, until a sleepy Administrator entered the hall and stepped on the earthworm without noticing. The ‘event’ left Hana wondering whether any bigger animals could also reach the Building and, if yes, how would they do it.Bookmark here

“Rob us?” Takeda said. “What do we have here that they don’t have in their desert world?”Bookmark here

“A shower?” Hana tried not to mess her lab coat in the dirt of the vent, but failed miserably. The dust mixed with the water, forming patches of mud in her work uniform. The vents didn’t make sense… like a lot of things in the Building. “Where does this dust come from after all?” Hana asked herself.Bookmark here

Only if I knew something like this would happen, I would’ve asked Miyu for some ‘venting’ tips.Bookmark here

The manager couldn’t move anymore. Pain came through her limbs as the numbness increased. Wind rushed through her body, making her fingers dead cold. She managed to move just a couple inches ahead of Takeda, but she was still way too distant from the vent entrance.Bookmark here

“Can you… move your arm?” Hana panted, breathing heavily every other word.Bookmark here

“I can try, why?” Takeda said.Bookmark here

“I need you to… to push me. Extend your arm… and reach for my butt.”Bookmark here

“What are you sayi-”Bookmark here

“Trust me. That’s the only way. We can’t afford to waste any more time here. Just do a little push so I can free my hips and move my legs.” Hana said, and felt something touching her on the place she indicated.Bookmark here

Her cheeks reddened, and she swallowed as if to not let her excitement come out in her voice. “Y-yes. Right there. N-now… get a good grip… you know… so you can push me further... of course. Don’t be shy… this is just something we had to do. Nothing more, of course.”Bookmark here

“Don’t even worry. It would be even better if you could use your two hands to make sure I won’t get stuck anymore.” The manager drooled and hid an evil smile. “Feel free to move your hands until you find the right grip. We have to be sure, so we can save the Building r-right? Yes. That’s right.”Bookmark here

Silence fell after Hana let this ‘side’ of her come out. She moved a hand to block her mouth and just then realized she could move freely. Hana heard someone cleaning his throat behind her and turned to see who was.Bookmark here

Takeda wasn’t holding his hand against Hana’s butt. It was Miyu’s feet against her. The girl watched Hana with a disgusted look. Somehow, Miyu ‘untangled’ Takeda, Hana and the unconscious analyst’s bodies.Bookmark here

“M-miyu?” Hana put on an embarrassed smile as if she was a child caught by her mother doing something wrong. “I was just saying t-”Bookmark here

“Don’t need to tell me. I’ve heard it all.” Miyu moved her leg preparing a kick. “You need a push, right? Let me help you!” She kicked Hana out of the vent.Bookmark here

The manager hit the ground face first. The fall didn’t hurt her, but shattered her pride. Hana heard Miyu landing gracefully by her side, and later came Takeda. The manager didn’t want to take her embarrassed face out of the ground and face the two. “What are you doing here?” Hana said.Bookmark here

“I realized you didn’t come back to the dorms, so I looked for you. I was in the vents when I heard your voices. I rushed here thinking that the human soldier was taking advantage of my innocent sister, but it looks like it’s pretty much the opposite.”Bookmark here

Hana stood up and laid her hands on Miyu’s shoulders. “I won’t lie to you. Yes, I was taking advantage. Yes, I’m embarrassed of my actions. Yes, I would do it aga-”Bookmark here

“At least you’re honest. I was waiting for a poor excuse like the Building is being raided by desert-men, and, in order to escape them, you’ve kidnapped an analyst who works with them and then hid in the vents?”Bookmark here

Takeda pulled the unconscious man out of the vent and let the body hit the ground. “Good to know that your…”Bookmark here

“…Sister caught up quickly. Now I need to find a room to…” He stopped, watching Miyu in her orange pyjamas. “… to ‘talk’ to him. Meanwhile, you girls need to find the Administrator.” Takeda lifted the man and carried the body over his shoulders.Bookmark here

“Wait, you’re going now?” Hana said. The idea of having to leave Takeda scared her. A feeling that was more than not wanting to leave someone who you love. Hana was genuinely afraid of being alone in such a situation. Yes, she was trained in combat, but was nowhere near an adjustment soldier like Takeda. What would happen if she ran into another enemy without him?Bookmark here

“We can’t split.” She said when Takeda was ready to leave. “They outnumber us, don’t they? If we split, they’ll just catch us one by one. Only together can we pose a threat to them.”Bookmark here

“Oh, yeah. I can already picture them running away saying: ‘Oh no! A soldier and an ISEKAI MANAGER. Let’s run before she threatens us with an INSERTION’. Yeah, yeah, so scary.”Bookmark here

Hana moved to block Takeda’s path. Lister here you f- In her mind. She held open arms and a serious look on her face. “I have a better idea. Me, you and Miyu,” She pointed directions, “head back to the dorms and we inform the others about what’s happening.”Bookmark here

Takeda watched Hana in silence as if analyzing her suggestion. Then he took two knives out of his suit. The pockets in the black suit were almost invisible, making the action look like magic, as if Takeda was pulling the knife out of nowhere. He put a knife in Hana’s hand and threw the other one to Miyu.Bookmark here

Hana watched her sister put on a hyena smile. What was a hyena? Hana didn’t know exactly. Humans only told her that this ‘animal’ smiled as if it was always ready to stab someone.Bookmark here

“You two can head back to the dorms if you want. I’m not going. I’m dealing with him.” Takeda nodded to the man over his shoulders.Bookmark here

“Unless you want to do it.” Takeda’s sharp-eyes punched through her. He moved closer to the manager, as if ready to let her take the unconscious man. “So, what are you going to do?”Bookmark here

The question rippled in the manager’s mind. Hana was sick of questions, but, like a problem that just won’t quit until you solve it, her mind kept coming back to them. With a knife in hand, she watched the unconscious man and her mind flashed the ‘possible future’.Bookmark here

She pressed the knife handle, adjusting her grip. She imagined herself in one of the many beige rooms of the floor with the unconscious man tied to a chair. She pictured his scared ‘almost popping out’ eyes as his muffled voice begged for mercy.Bookmark here

And she wouldn’t listen to him. She would press the knife harder against his fingers. To cut the skin would feel as if ripping fabric apart. And, if he didn’t talk, she would continue, ignoring his screams until the blade hit the bone.Bookmark here

I can’t do it. The answer came to her as if someone had whispered it to her ears. Hana dodged the thoughts and watched Takeda one more time. “You really have to do this?” She said.Bookmark here

“Why? What in this is so important that you would do such things for it? We don’t even know what they’re going to do. Why risk your life for it?”Bookmark here

“I’m risking my life because I can’t risk the Building.”Bookmark here

“Don’t you value your life? If you die here, you’re dead. Forever. It’s not like dying in the worlds.”Bookmark here

“And that means you don’t value yourself?”Bookmark here

“So yes. I’m willing to become a worse person or even a dead one to protect something that’s more important. Now, if you excuse me.” Takeda moved, carrying the unconscious man.Bookmark here

Hana watched Takeda go, then she turned to Miyu. Her sister had the same ‘what the hell are you talking about’ face that Takeda had. There was pity in her expression too. Hana wanted to ask “just what’s wrong about me?”, but she somehow knew that doing it would just make her sister’s expressions worse.Bookmark here

The girl approached the vent, ready to move out again. “You go back to the dorms to tell the others. I’ll look for the Administrator.”Bookmark here

You too? Hana thought. The manager wasn’t able to stop Takeda. She could never stop the restless red-haired girl. “If you find her, tell her to open the gates to the stairs.” Hana said. “If you don’t, just return to the dorms. Don’t try to be a hero.”Bookmark here

“It’s going to be ok. I can pass by the arsenal and grab a gun before the alarms sound and the system closes the vent. After that, only the Administrator would have access.”Bookmark here

“Don’t play with me. Just find the woman.”Bookmark here

Thumbs up from Miyu, before she entered the vent and vanished in the dark.Bookmark here 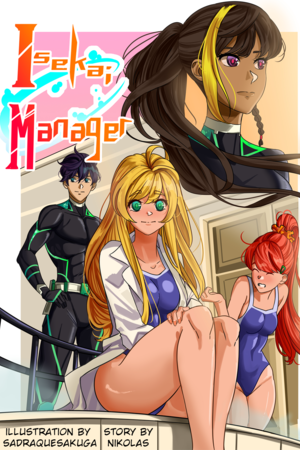 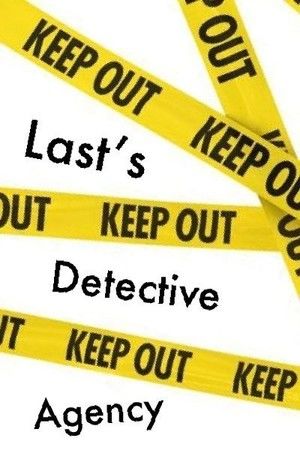 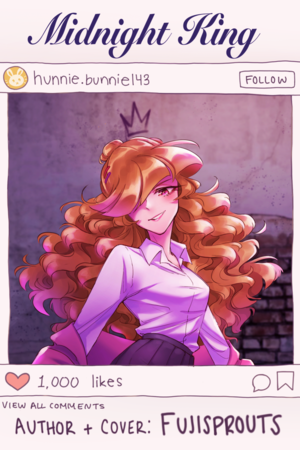 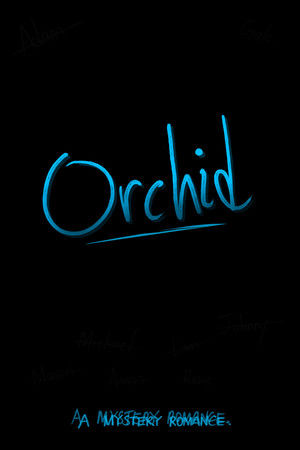