“I can carry you if you want.”Bookmark here

“No—” I stopped to catch my breath, “—I’m good.”Bookmark here

It might be faster using Melyeze as a form of transport, but I wasn’t into that. I did not want to be seen being carried by a girl, especially in the royal palace!Bookmark here

My hands were being supported by my knees. Every time my chest heaved to stabilise my breathing, droplets of sweat trickled from my forehead down to the floor, leaving a stinging sense of saltiness as they passed by my eyelids.Bookmark here

“Don’t worry Evan, your secret is safe with me.”Bookmark here

With my shirt, I tried to wipe off most of the perspiration on my face to have a better look at Melyeze, who was staring outside one of the large, ornamented windows of the palace.Bookmark here

“I do not know why you took on a false identity when we first met, but I believe in Lady Sereya. Even if the Hero next to me right now is in no shape for battle, that will not change the tremendous contributions you made not just for Adradia, but for all of mankind.”Bookmark here

“N-No, I don’t mean to patronise you! Don’t get me wrong. You have your own duties as one of the Seven Heroes, as do I as a knight. You and Lady Sereya are taking on challenges far greater than anyone can even imagine, all for our sakes.Bookmark here

It’s just that, you’ve been through a lot haven’t you? Ever since I saw you yesterday.”Bookmark here

Honestly, my mind felt like a total mess. From the moment I was in the Memory Dive up until this moment, I did not have any time to rest at all.Bookmark here

I was even killed, damn it! Bookmark here

Those screams, mum’s tears, Eveline dying—all those scenes were still fresh in my mind. Even though none of that actually happened, these experiences still chewed at my sanity.Bookmark here

Right after waking up, I had to squeeze my brain even more just to outsmart Ordis and ran nonstop in these hallways. Bookmark here

I finally realised how physically, mentally and emotionally drained I was.Bookmark here

Even then, I had to move forward.Bookmark here

If I wanted to be as half as cool as Sereya or Eveline, I needed to move forward.Bookmark here

The Seven Heroes Summit was not a test of my physical strength. Rather, it will be a battle of wits. For that alone, it would be a million times easier than my fight against Remus Whiteaxe.Bookmark here

“By the way, I’ll just have you know, I am mildly upset that you’re the referee for my duel with Lady Sereya.”Bookmark here

Yeah, now that the cat was out of the bag, she knew that I wasn’t a neutral party during the duel. Well, whether I was there or not, it probably wouldn’t have changed the result. My presence there was merely for formality’s sake, after all.Bookmark here

“I’ll make it up for you some other time, yeah? Let’s head to the assembly hall. I’m feeling a bit better now.”Bookmark here

“Hehe, I’ll hold onto your word then. Let’s go.”Bookmark here

Thankfully, Melyeze slowed down her pace for me, but I still had to ignore the sharp, piercing pain on my left abdomen. The snakelike hallways of the palace were a really annoying foe. Bookmark here

No wonder Sereya opted to stay in the inn instead of this place. The architect was probably asked to design and renovate hell when he died.Bookmark here

“Might as well brief you as we’re heading there.” Bookmark here

Melyeze’s voice suddenly broke the monotony of our steps. As expected, even with all this running, she had no signs of fatigue whatsoever. Her bulky armour probably felt no different to her than a lightweight dress.Bookmark here

“Of the Seven Heroes, there will be five of you there, including yourself. The Reaper of Darkmist and Timon Taze are not there, as you can already guess.”Bookmark here

Nope, I had no clue who they were, but okay.Bookmark here

“One of my knights informed me that King Graven and the emissaries from the other nations are getting restless. The Heroes were having trouble coming to an agreement for one of the matters discussed. Your vote will be the deciding vote for this.”Bookmark here

“What issue were they discussing?”Bookmark here

“I left in a hurry, so I didn’t get all the details, but it was mainly about the freedoms and restrictions for the Seven Heroes.”Bookmark here

Great. I had the decisive vote to decide what a bunch of overpowered strangers can or cannot do. Bookmark here

On the bright side, I could simply follow what Sereya voted on! That way, I could avoid most of the mental gymnastics. Problem solved.Bookmark here

I shifted my goal for the summit. Rather than worry too much about worldly issues, I would focus more on how I presented myself to the other Heroes and try to learn more about them. Bookmark here

Melyeze also mentioned emissaries, so I had to take them into account as well. They cannot find out that I was a sheep in wolf’s clothing.Bookmark here

“Oh, you finally had a smile on your face! Where did your confidence come from?”Bookmark here

“It’s thanks to your briefing, Melyeze. I don’t have all the pieces to the puzzle yet, but it’s a good head start!”Bookmark here

As we rushed to our destination, I could see more and more people scurrying about the palace. Melyeze stopped running and walked at a brisk pace, so I followed suit.Bookmark here

From elegantly dressed aristocrats to the palace staff, we were probably at one of the hectic sections of this place. Each one of them had ‘busy’ written all over their face. Was it because of the summit that was taking place?Bookmark here

“Melyeze, I know they are busy and all, but wouldn’t somebody recognise me?”Bookmark here

“Anyone would recognise you in your armour, but I would be more surprised if regular citizens recognised you without your helmet.”Bookmark here

Oh yeah, even Melyeze didn’t know it was me at first. So Hanasuke was usually decked out in armour that even covered the face, huh? I hoped my shabby clothes wouldn’t cause a big hoo-ha in the summit. Bookmark here

As we neared the assembly hall, more and more guards were stationed all around. From common infantry to heavily armoured soldiers, security was pretty tight. I could feel a lot of their glances aimed at me, but it seemed that Melyeze’s presence deflected all of them away.Bookmark here

All but one, that is.Bookmark here

“Mel! Oooh, is this who I think it is?”Bookmark here

That muffled voice came from the knight who was approaching us from the front. His armour was nearly identical to that of Melyeze, except for a few differences in engraving. Also, unlike her, he was wearing his helmet.Bookmark here

“Ignore him, keep walking,” Melyeze whispered to me as I kept up my pace.Bookmark here

Even as I looked straight ahead and treated him like a wall, he continued walking right next to me.Bookmark here

“I am Jerome, Fourth of the Four Wings of Ragnarl. Can I shake your hand?”Bookmark here

As he stretched his gauntlet out towards me, I couldn’t help but feel put off by his lack of a family name. Was he not a knight? After all, he was one rank lower than Melyeze, but was still close enough to call her just ‘Mel’.Bookmark here

“Please, I just want to show my app—”Bookmark here

An immense heat radiated from my left. Both of Melyeze’s eyes were glowing. Bookmark here

The pressure she was putting out was incredible. It appeared that Jerome got the hint and stopped following us. It was scary how different she was when with her subordinates.Bookmark here

A few seconds later, I could hear Jerome’s voice from the back:Bookmark here

As I turned my head around, a large metal object flew in an arc towards us. Jerome lobbed it over like a ball. What was more impressive was Melyeze easily caught it even without looking.Bookmark here

It was her helmet, differently designed from that of Jerome’s with a plume of green instead of white. Swiftly, she placed it over her head, covering it completely until there was a soft click.Bookmark here

I always assumed that she didn’t have a helmet due to her Augmentation. Seeing her in full gear made me feel inadequate in comparison. Shouldn’t I be wearing armour as well?Bookmark here

Her voice also had a muted, echoey quality to it. Bookmark here

We were now standing in front of a tall, regally adorned door. The guards at the sides did not react to us whatsoever.Bookmark here

Before me was a large, circular room filled with formally dressed people. The assembly hall had tiers to it. From the entrance where we were to the centre, there was a declining flight of stairs.Bookmark here

These people in formal attire, whom I could only assume were emissaries from other nations, all looked at me with inquisitive gazes. As they were all seated 360 degrees following the shape of the room, it was daunting for me to continue walking with so many eyes all around me.Bookmark here

Melyeze’s voice was loud, but it gave me the confidence to move forward. I continued to tread downwards as I followed the steps to the centre.Bookmark here

As the circular tiers got smaller and smaller, I could make out four individuals who got up from their seats in the middle of the room. Huh, one of them was a large bird that was completely wrapped in fire!Bookmark here

Ignoring the animal, of the other three, the one whom I could instantly recognise was Sereya. Next to her was a man with long black hair, and beside him was—Bookmark here

“Hey, kid! You made it!”Bookmark here

My feet came to a complete halt. My breathing stopped as I could feel my blood accelerating in my veins.Bookmark here

His voice, that red hair of his—I would never mistake them for anyone else.Bookmark here 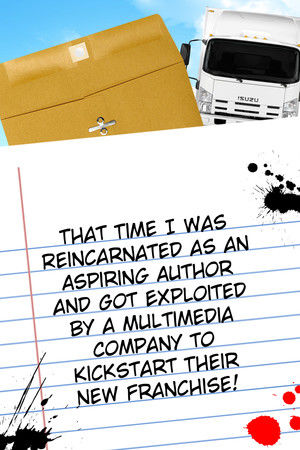 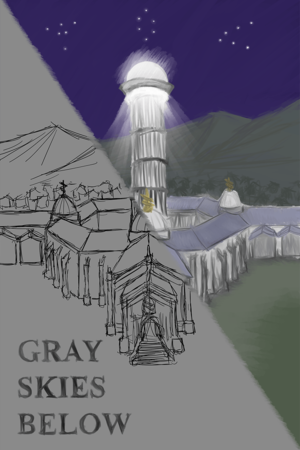