Chapter 1 Project 45 and The Hero/ Prologue

On a planet called Kindoru there lies a species much more powerful than humans they are called Yuza, They may look very different to humans but don’t be fooled by the wicked eye they are caring and beautiful creatures. They may seem dangerous because of there mythical powers called Tugami's but they only want to protect there tribes. But humans where scared of anything that was different or seemed dangerous to them so they torched there towns with blazing fires and staked there once beautiful women. They also took there children after that all the Yuza tribes decided to work together to go against the humans. They murdered countless humans and enslaved multiple of them. But the humans all ready new what they did would start a war so ten percent of the human population was able to hide underground and studied on countless Yuza children in secret the things they did to the kids are unforgivable sins this is a story about a young boy who was experimented on in a human lab underground and a hero who was called there out of his will. Will they be able to stop another war from happening or will they fail and die.

Doctor: The YuZa ARE HERE!

Project 45 container opened and he could only think one thing KILL YUZA KILL YUZA THEY ALL MUST DIE!

Project 45 did not listen and stayed in his container

Project 45 jumps out of his container and followed the doctor

Project 45 sees the Yuza and enters attack mode you would think he was a demon when you saw his face turn red, blue cracks went down his face and he started having a golden aura come from him

System: luckily there was only one Yuza he was a wondering traveler so there are no others we do not have to relocate for now

Doctor: project 45 I command that you go back to your container!

Doctor: I didn’t wanna have to use this but you left me no other choice

Doctor pushed shut down button on his control panel

Doctor: Yes Yes ARE STUDIES HAVE NOT BEEN FOR NOTHING!

The Doctor yelled in a crying voice

Doctor: hero we thank you for answering are call for help

Hero: I didn’t answer shit I was brought here out of my own free will!

The hero yelled with a hatred in his voice

Doctor: hero your scaring the civilians please follow me to my lab where I can explain everything to you

Hero: how do you expect a 15 year old boy to save this world I’m sorry but I wanna go home you have to find a different hero

Doctor: that’s not possible in order for us to have a new hero you would have to die or return to your world by defeating the Yuza king

Hero: WhAT! I guess I have to now or I’m guessing you will

Doctor: yes we would kill you and wait till another summoned hero showed. Now that you understand the situation I will bring you to the demon sword holy sword you should be able to pull it out considering you are the hero after all

Hero: ok doctor will it give me some weird power or something

Doctor: know but it is the only thing that can kill the Yuza king

Hero: so I get no special ability’s that help me become better than everyone else and super over powered

Doctor: yes but you can increase your skill points slightly faster than regular humans so if you do the training schedule for a year with the other soldiers you and the soldiers might be able to beat the demon king but you do have one over powered aspect you can go past level 100. Unlike you are soldiers can only get to level 100

Hero: said ok than I’m guessing you want me to pull this sword out now

Doctor: that’s good now bring the sword to the battle lab oh right you don’t know where that’s at just follow me

Doctor: ok your room is gonna be in the lab room floor 3 number 45 here is the key ask a Jenner when you need help getting there. Train here in the battle lab for 13 hours a day there will be simulations of Yuza attacking you when you enter the lab practice with your sword and study there movements it will be risen a level every week

Hero: ok but can I use a different sword this one is to heavy

Doctor: No you have to learn how to wield the Demon sword correctly

Hero: did you say demon sword?

Doctor: what are you talking about I said holy sword now get to work if you wanna be able to sleep tonight

Hero: ok ok the hero dragged his sword in the laboratory and started training

Doctor: I should go check up on the hero and see if he is doing ok

Doctor walks to the battle arena

Doctor: system what are his stats so far

Doctor: system if he doesn’t get a win by next week use plan 45 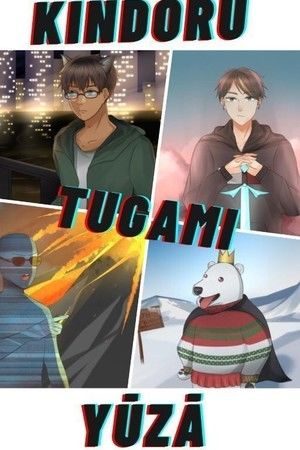