It’s summer, finally, the summer break starts here in Austria. It’s been a hard day today, bullying becomes a very part of this country, “yea it is” my mom uttered. I used to share my everyday life with my mother but I didn’t share what happened today. I didn’t show my face to my mother and I am really sick now wondering why I am so weak and fragile, I tried to work out my body so much time but I fail every single time. ill tell to me that I am a warrior but I am not. I am a loser with no strength and no talent, even now I messed up my today’s physics test whoa here I am lying in my bed thinking this life is cruel and racist, the life supports who are born talents there is no meaning for people like me to live a life and there is not even a hope. It’s 9 pm now, my mom is calling me for dinner, I am not gonna go now she will be worried about me, told my mom on the phone I don’t need dinner, she began to say something but I hung up. no worries I have the door locked up and me lying on this bed with an empty stomach. Even I don’t have the energy to move my body, it’s paining everywhere. I was not able to sleep and took a glance at my phone and my crush posted a new photo on Instagram, her name is Aria she is the only one having a cute face in this whole school when she smiles she will have cheek dimples which makes her even cuter, but she is way out of my league, all I can do is to see her and admire her….

𝘩𝘩𝘳𝘳𝘳𝘳𝘯𝘯𝘯𝘨𝘨𝘨! my alarm wakes me up in the morning and suddenly, Bang! my mom starts to knock on my door “Zephan come and have breakfast” and now my face is fine than yesterday. I opened the door and she was very shocked by the bruise on my face and I managed my telling her that I fell off my bicycle. which was acceptable.

My whole summer finished with me lying in bed and watching some anime, but here my tough part of my life starts; now it’s the beginning of the second year of high school. I don’t want to go to my school, but I want to see Aria, and even my mom will insist on me going to school; I have no other way but to go. I got readied up, and I take off my cycle and started going. Just now crossed a 10- year- old boy who was getting bullied by his seniors, bullying existent every age….

I arrived at my school at the same timing Aria crossed me, “My god, she is an Angel.” Okay, now I’ve got to go to my class. On the second bench, my only friend Kevin was sitting there, and we are used to being friends since junior school. And he used to get high marks on all subjects, but he is a nerd like me. And the class was pretty fun after a long time, and we had a good time together.

When I am leaving, I was pretty starved and stopped by the canteen in front of my school, and there was the ‘NUTHASHI GANG’ they were pretty talking about a murder which they have done yesterday and they told something they want to celebrate on the 10th anniversary of the nuthashi gang and that they have to invite the leader of the gang. Another guy told that "we can't do parties we are pretty broke, guess we have to do more house robberies", I asked how much is that donut to the baker, he told me it was 200₹. When I took my purse they noticed that I am having 5200.

“Eii, how you are having that much money you fragile cockroach?” told a guy with long hair from that gang; I was pretty scared about this gang. This gang was involved in a lot of murder cases and robing cases. I feel so fukin terrified don’t know what’s going on, no words coming out of my mouth, My heart began to beat so fast and I felt somewhat drowsy,

“You got some balls, huh” that the same guy asked me. He turned away from me, and I was now pretty relieved.

Bam! he turned so fast and gave me a hard blow on me, it all happened in a second, I can’t hear or feel anything, the blood flooded from my nose, and they took my purse with my money 59€, my mom gave me that 57€ to give to Aunt Mabel. And they spitted on me. Breathing was soo hard and, I cannot hear anything, and my eyes are so heavy…

“AAAAH!” I woke from a hospital bed. 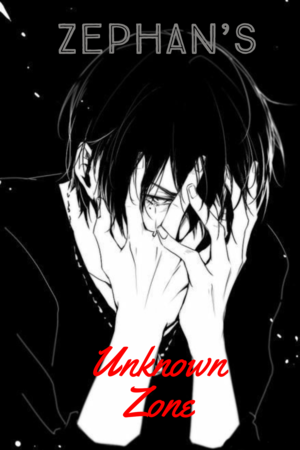