The Armadarus prision is located on the second capital of Darand. At first sight, it may not seem that big, because most of it is located underground, where its 57 floors reveal themselves, each one more dangerous that the other. This prision, once the best in the country, was now almost abandoned, with just enough Nelems working there to run it.Bookmark here

Beneath the prision, on the 58th floor, which remained a secret to everyone, there was a sarcophagus glowing with runes written on it. It seemed to be constantly on alert, and its neon lights almost looked like they were scaning the room, constantly looking for intruders. It was almost like it was protection something. And that something was Varos, who was sleeping there for the last 2 years. And for the first time while in his sleep, Varos' mind wandered off to the realm of thought: "I want to preserve this feeling. Because if I don’t, I will have to face tomorrow" Bookmark here

The streets of The First Capital were where poverty and misery became most apparent, the homeless asked for money and the unemployed wandered the streets looking for ways to survive. There walked Veros and Malina, two friends who were returning to The Union's base to report the results of another successful mission. "I can't stand seeing so much misery here Malina, we have to solve this as soon as possible, we can no longer allow Dariuz to corrupt our country in this way" lamented Veros, "Don't worry, after blowing up that Nelem production plant, I think we're on a good track, everything will be back to the way it was." Veros wasn't sure if he believed what she said, Darand was getting more dangerous and Dariuz more cruel. They continued to walk until a homeless man asked them for money, Veros was about to give him the three Livs he had in his pocket but Malina stopped him and whispered to him, "What are you doing? He can be a disguised Nelem. We can't be that careless." "Don’t worry I know what I'm doing". Veros gave the 3 Livs to the man and he thanked him, Veros then turned to Malina with a look of "I told you so" and a warm smile on his face, Malina tried to ignore him and continued walking towards their destination.Bookmark here

Before entering The Union's base, Veros began to feel dizzy, like his conscience was constantly leaving and entering his body, and for a moment the only thing that his eyes could see was the image of Varos walking up. After coming back to his senses he noticed that he was lying down in a bed on The Union's base. Malina came up to him, happy to see that he was ok and said, slightly angry: "Don't dare to scare me like that again, we were all worried about you", Veros was still processing what he saw, but with an incredulous look on his face he said: "Malina, The Son has awoken".Bookmark here 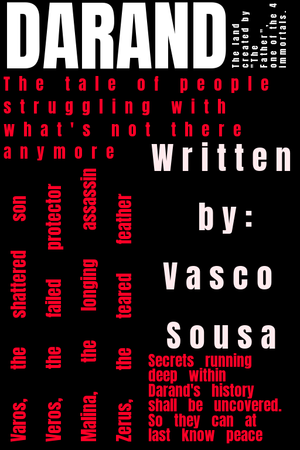