The sunset had come and the largest of the buildings in the village lit up brightly in the night. Inside the festivities were underway filling up the communion hall. Many danced, drank, and flirted around having a wild time. During this time they were free of concern or worry and given the ability to celebrate and indulge to their heart's content. Towards the back wall was an elevated stage where the nobles and priest sat as the celebratory guests. The girls sat on one end, with Ian being the divider between them and Dan, who sat with Leo next to him. Both boys looking a bit beat up, with their heads hanging low in a painful defeat.

"What the hell happened to you two?"

They were unresponsive in their sulking. Ian turned his head to his left towards the girls. Seeing the deathly stares of hell from the noblewomen and Eileen, practically turning the two young men to stone. At that moment he knew, placing his hand over his face in shame before raising his mug to drink the alcohol inside. Once again he returned his sight towards the girls who seemed to begin talking to each other once again having their cups held in their hands. Ian smiled seeing them enjoy themselves and soon enough deciding to go have some fun for himself. Finding his way for the center of the room, joining the massive crowd in their rowdy party. A young village male suddenly approached the woman seated on the stage, extending a hand to Sheilia, asking her to join him for a dance.

Sheilia Ciest: (He's pretty cute and it looks like he cleaned up decently well for a village man. My parents have only allowed high-status nobles to court me. Ooo I feel sort of naughty!)

Cana slid her hand onto her friend's back, smiling at her.

"Yeah, I deserve to celebrate too thanks to Aisellia! Who knows where I'll find him right?"

Sheilia said, quickly finishing her drink and taking the young male's hand, and being drawn into the fray of the dancing celebration. An hour more into the night, the chief took center stage, calling the crowd's attention. Prompting a large celebration cry for the nobles who had come to their aid. The chief proceeded into the next matter swiftly.

"It is time for our most sacred tradition and ritual for many years. Four of our youths shall stroll to the Great Shrines and pray for our safety and prosperity another year and many more. This year only two of our youths will be going but as a symbol of our unity, as proposed by The Holy Father of Cloth present, two young Nobles will join them, and may we all prosper together!"

The room quickly filled with applause and rowdy approval in the room. From the crowd, the priest came to the stage with Ian and gesturing toward Aisellia, leading to her surprise but still rose to her feet to stand next to them

"As with them, I have chosen Eileen and my grandson Leo as well."

Aisellia walked through a forest along a traveled dirt path through the trees. The full moon in the sky illuminated the trees and the pathway, making visibility easy without a torch to light the way.

"You haven't said anything since we left the hall. I had the feeling you might be friendlier seeing how surprised you were that my grandpa's the chief."

Aisellia shot him a glare, looking over her shoulder slightly to see the male trailing slightly behind her.

"That doesn't matter, it's not like I forgot what you and Dan were up to just not that long ago! I'm glad to be a part of your village's praying ritual but let's hurry up. Being alone with you creeps me out almost as much as this forest."

"Aw don't be like that, we're almost at the shrine. How about a friendly bet? That Dan seems to have dull senses but the Chief told everyone to keep quiet about anything about demons. We're supposed to pretend no such thing exists until you all leave. How about I tell you the story of our ritual five years ago which has freed us from demon presence for the near-decade it has?"

"*Sigh* In exchange for?" She asked him, her caution more present than her curiosity.

"Eh we'll get to that, let me tell you the story first anyways, as a friendly gesture of good faith."

Aisellia kept an eye on him for a moment, before turning her head forward again, her silence prompting him to smile and begin his story.

"Six years ago our village used to be larger, not much bigger but more people were alive back then. In this very forest is where demons used to lurk. For everyone's safety, no one was permitted to leave the village, except those the chief allowed to hunt for food or trade as merchants for the village. As you know, the forest surrounds the village from three sides and the back of the village is the mountain. The demons would always lurk, waiting for someone to try to leave or go too far into the forest to look for food. Everyone knew how dangerous the forest was, they somehow came up with ways to survive but there was a girl whose parents were killed by demons. I'm nineteen now so I can't exactly remember most of back then, everyone rightfully was always scared of demons. But I do faintly remember seeing her every now and then getting into yelling matches with the hunters when they were able to catch her before she was able to sneak out sometimes."

As he told his story the two continued to walk.

"One day she had made her way outside of the village but this time she was gone for days. When she returned, half of her body was stained black, and she looked terribly ill."

Aisellia Rae: (Black stained skin? Laura mentioned it in one of her stories...Cursed ones she called them.)

"A little info for you, there is more than one type of demon. Most will just tear you apart limb from limb. But there are others who are able to leave a curse on humans. The marks grow across a person's body until it covers them entirely, giving them an unimaginable painful last day until they die. But no one would know until it was nearly too late...that if a demon is powerful enough, the curse can spread, and it did."

The two had finally come to a stop, the two standing in front of a small building which it was evidently a shrine placed near the edge of a cliff, the full moon present in the sky. The sight itself impressed Aisellia, seeing the wooden shrine before her, adorned with ornaments yet its doors were sealed shut.

"Lucky for everyone a Demon Hunter had come to the village a few days before."

"There were people out in the world with amazing skills for being human, whether its luck or they actually train their bodies that hard, they manage to fight and kill demons. Even the most experienced rumored around still managed to die from even the lesser of demons just like regular people. One came and informed grandpa that the curse on the girl was far from normal, letting him know that her curse would draw a powerful demon to our homes. It was already too late but he had to decide. He took a deal. In order to stop the curse from spreading, they sealed the girl and made a deal with the Hunter. Outsmarting the demon and man is the only opportunity they had."

(Outsmarting the demon and...Man?) Aisellia questioned in her mind, a point striking its way into her thoughts.

Aisellia turned around to look at Leo who had remained silent after talking essentially the whole journey. The two coming to a stop having arrived at a short set of stairs leading to a large wooden shrine. Aisellia taking the time to look inspect the place. As soon as she turned to face Leo or more like what he truly was had closed the distance. Leo's eyes were red and skinned stained black markings covering him. His clawed hand swiping at Aisellia. Surprising to them both, her reaction speed was her saving grace, as Leo missed her head but still wounded her shoulder. the blood splattered onto the doors and paper seals to the shrine leading to Aisellia falling back onto the steps to the shrine.

Aisellia scrambled on her hands and knees, attempting to regain her balance to stand. With inhuman speed, Leo appeared in front of her while she shuffled back up the stairs, attempting to escape. Looking at his face in fear, a swift strike was delivered to her body, sending her crashing through the wooden shrine doors. Her eyes slowly closed. As Aisellia lost consciousness, the last thing her eyes could see was a large crystal surrounded by several lit candles, inside was an unconscious woman seemingly frozen in time within the crystal soon blacking out. 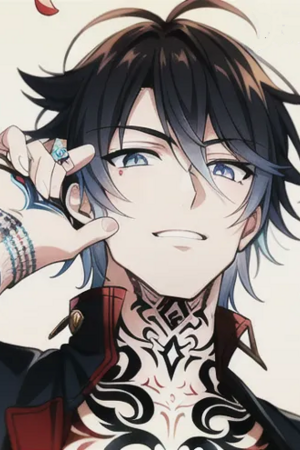 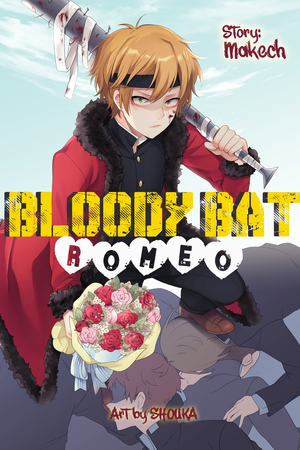