A foggy day with drizzling rain, around midday the Grand Master Katski called everyone to the the temple up on the forsaken mountain. Everyone wandering why they were unexpactedly called by the Grand Master.
Iori and the other clansman ascending the mountain at great speed until they reached the half way point of the mountain when they felt Magical Pressure. Many of the new or young members of the Clan couldn't with stand the Magical Pressure so they either fainted or was restrained and couldn't move.

"Grand Master has never released so much of his Magical Pressure before,
I wonder what could have cause this to happen."

Not being fazed in the slightest by the Magical pressure, Iori continues to rush up the mountain. Evryone else following behind Iori. Only the most elite members could continue up the mountain.

"Who is that kid" the newly promoted elite assassin whispered

"He is Iori...the youngest memeber of the elite group"

"Can you tell me more about him, I dont sense a single drop of mana within him and even though we looking at him i can't sense his presents at all...its as if he wasnt here"

The other elite assassin laughed "you must be new here right?"

The newly promopted elite assassin looked at Iori and laughed "He must be we...."

"Iori put him down!"

"Iori! leave him he has done anything"

Iori looked at everyone and grind and suddenly a cold chill fell over everyone. "You going to do what? Please inlighten me what you come and do. I would love to see if you have the ability to come over here."

Everyone slightly backed up and whispered to each other "That was his blood lust... there is no way I'm going to try and stop him now I don't want to die."

The newly assassin crying and shouting "Please someone stop him I dont want to DIE!'

Everyone looked away because if they tried to stop Iori they will surely die and they knew they can't stop Iori even if they wanted to since they aren't his oppent. The newly assassin has never felt so much fear in his entire life. He kept thinking how can a 12 year old boy be so strong, what does my strenght count for, When i was choosen to be an elite i thought I was strong and no one can stop me but now I couldn't do anything.

As Iori was about slash his throat his blade was stopped right be it made contact. Iori withdrew his blade and let go of the newly promoted assassin. Everyone was frozen in fear except for Iori. The elite assassins realised who it was and they bowed to their pay respect.

"Iori what are you doing, didn't I tell you to stop killing your clan members"

Iori grind "Grand Master I see you finally got bored from waiting up on the mountain, so you decided to come play"

"Grand Master you old and weak you just kick the bucket alre..."

The Grand Master punched Iori. No one saw the punch only saw Iori in the side of the mountain. "Iori get up you not that weak you were suppose to be albe to dodge that" said the Grand Master smiling.

"You old fart you sucker punched me"

"You want me to hit you again"

"You know i don't have time to deal with you so take this, it has all your information you need in it"

Iori took the letter "What is this?"

"Just take it and go...Oh and Iori don't fail, come back safely"

Iori vanished and reappeared at the bottom of the mountain than rushed over to the storage hall to get equipement for himself. He than exited the sect and head to the location mention in the letter.
Later that night around midnight the moon turned blood red. Iori looked at the full moon and felt something not right but ignored it. At the sect the water has turned red, beautiful paintings turned red, not a single sound emitted from the sect.

3 days later Iori came back after completing his mission. When he arrived 2 kilometres within the sects territory he sensed a thick death Qi in the area. There was no guards standing at the entrance. Iori couldn't sense any life from the sect, he only sensed a mixture of different mana praticles. He walked through the sect looking around and hasn't found any bodies from either party. Buildings are destroyed, blood everywhere.

Iori filled with rage "How could this happen? Who could do this? Why would they do this?" 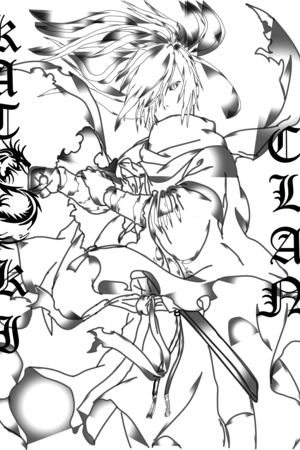