CHAPTER 0: Warrior of the Light

A girl runs through the village tavern. As she enters the tavern, three armed men are harassing a handicapped old man.

The three men suddenly hits the old man, then pays their attention to the girl.

"What are you going to do about it bitch!"

Then proceeds to attack the girl.

The Old man saw what happened.

Then the three men beats the old man.

The old man got his arm broken, screaming in the process.

The three men laughs continuously while beating up the old man.

As the three men continues to beat up the old man the leader of the three men stops and speaks."Anyone of y'all willing to stand up against us? or y'all goin to pussin around?"

The Tavern patrons with morale weakened looked themselves away from the situation.

The leader laughs out of his surprise towards the patrons "Is this so!? how the hell have yall been buildin this community? yall are nothin but selfish fucks! where is the just? the hero?.....God?!"

one of the tavern patron speaks out "HERESY!!!"

The three men laughs once more.

With discomfort the man sits down.

The three men continues to laugh."Ya see old man, God leaves this world so that we the strong can dominate yall weak selfish ass.""Do ya know why God left?""Do yall know want to know!?""Is because he is weak.""God left because of the overwhelming power he gave usto the strong"

The discomforting atmosphere continues to the tavern

"In this world hope, light and justice is no more, it is nothin but a mere wishful thinking by the weak who cannot control the strong."

"Thats just how it is, we are born to fuck each other!"

The girl speaks out against the three men "You're wrong!,It exists!, we chose not to believe it......"

The leader of three men speaks laughs "See yall!? This girl gets it, yall are gonna get fucked by us."

A Shadow appears in the front door of the tavern.

The Crusader steps in the to the tavern and walked towards the bartender's table.

The three men saw the visitor and proceeds to move towards it."Look what we have here, we got ourselves a Crusader.""Are you here to beat us up?"

The Crusader does not flinch.

The Leader laughs in response, then proceeded to look towards the patrons."Is this the savior?!""A Crusader? The so called heroes who turns his back to God and serve a Devil?!""The heroes who led us people of this land to get fucked?! Killing Hope and its Future in the process?!"

The three men then littly harassed the Crusader."Are you not going to fight?"

As the Crusader sits still he turns his head around and notice the injured old man.

As it continues on, the Crusader stands up.

The Leader felt daunted with the Crusader's response.

The Leader then attacks the Crusader.

The Crusader dodges his attacks and charges through one of the three men next to the leader.

The Crusader unsheathe his knife and stabs the man in the gut, slitting it open killing the man immediately

The Tavern patrons ran out of the tavern out of fear.

The Girl stays and aided her Grandfather.

The Next man charges with his blade towards the Crusader.
"YA PIECE OF SHIT!!!!"

As the Man charges towards him, the Crusader swings hissword cutting the man in half.

The Crusader leans his head towards the leader, makingthe leader shiver out of fear.

The Leader attempts to runaway.

The Girl holds onto the Leader having the Crusader tocatch up to him.

The Crusader holds onto the leader's hair, pounding him down to the ground.

The Crusader then hold the leader's leg, cutting it with his Greatsword.

The Crusader walks towards him and stabs his fingers.

The Leader continued to scream.

The Crusader speaks."Did i suppose to kill Hope?...."

The Crusader then beheaded the leader, ending the situation spontaneously.

Then the Crusader walks towards the dying old man.

The Girl speaks to the Crusader
"Thank You....Mister".

Behind the girl, the Old Man stands up.

The Girl looked behind
"GRANDPA! you can stand up!?".

The Old man then attacks his granddaughter
"ALDIA!!!!"

The Crusader then beheaded the old man

The Girl is stunned out of confusion.

The the girl screamed in the process, crying out for her grandfather's demise.

As the Crusader attempts to leave, the girl calls out for him

"WHY DID YOU DO KILL MY GRANDFATHER!!!?"

The Crusader then speaks."God left us for a reason....." 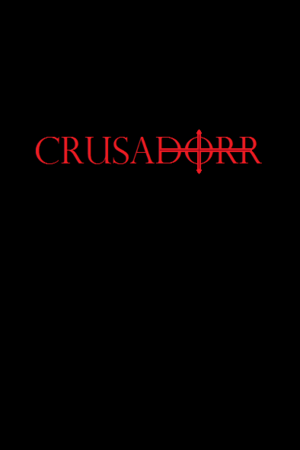