It had been almost two days that Heiji and Julio had been traveling together in the great Fergrat.Bookmark here

The kid had listened to the story in pieces up to that point. In fact, the two had stopped from time to time to pick berries of different types or to rest at the foot of the tangled roots of strong shrubs with gigantic leaves.Bookmark here

They used the latter as a parasol and, in a few minutes, they dozed off. Julio, however, was always eager to know more about his story and the young human's naps were always interrupted by frantic jolts on his body.Bookmark here

During the evening of the second day, Shu suddenly stopped moving. He had begun to emit strange muffled grunts for a while and this had worried Heiji a little.Bookmark here

"Shu? What's wrong?" He asked and got off the saddle. Shu made more sounds and his master put a hand on his muzzle. Julio watched the scene with great interest.Bookmark here

"Maybe we didn't give him enough water." The human thought aloud.Bookmark here

"There is not much to do to fix the problem." The child intervened, "The water bottles are completely empty."Bookmark here

"Yeah… I think next time we end up in one of those Krepusculus fields, there will be little to complain about squeezing their juice. Who knows when we'll find another oasis."Bookmark here

The Krepusculus that Heiji spoke of were greyish cactus-like plants. They were usually found in places in the shade, that is, under the leaves of the previously named shrubs. Their juice was sour and unpleasant, and after a few seconds, it made people feel sick in the stomach.Bookmark here

"Anyway, let's go a little further and look for some palm trees to shelter in the morning." Julio nodded his head and his companion climbed back into the saddle.Bookmark here

A strong wind, however, soon began to blow and the Kemel soon fell to the ground, exhausted. The fall made the humps suddenly move and the two were forced to hold on tight.Bookmark here

"I think it will be necessary to leave it here. Come on, Julio-kun."Bookmark here

They moved away from the animal and walked for a while. It was starting to get dark and the wind did not seem to want to calm down. Julio, trembling like a leaf, was about to lose hope and ask to go back, when the two saw a distant light.Bookmark here

A light in the desert certainly meant that they had found something miraculous, so they followed the glow into that empty, white expanse.Bookmark here

'Maybe it's an angel? Or is it the goddess who has come to grant our wishes?' Thought the little boy. He had been told several times about how the goddess Arthensia had helped lost souls: by tradition, she appeared with a luminous cloud behind her and her face invoked peace and tranquility. Maybe he could have met her too.Bookmark here

Unfortunately, his fantasies did not come true: it was not a kind, motherly-looking Goddess who gave off that luminosity, but an inn.Bookmark here

Or rather, ruins where the owner had found accommodation and had decided to share the place with all the rare lost and needy travellers who passed by.Bookmark here

The ruins had belonged to defense towers in past centuries. They were initially used as warehouses for food rations to be delivered to the solitary tribes of the desert, but, after the start of the War of Succession, some knights linked to the previous royal family had decided to exploit them to counterattack the enemy party. Now there were only mounds of bluish rocks left, called Celestids, after all the cannon shots they had taken.Bookmark here

The Celestids were the strongest rocks that existed in the Empire of the Skies. Knowing this information, it was easy to think how powerful those firearms could have been.Bookmark here

Julio winced at the thought of those dreaded towers, but that vision of disordered boulders made him think that they were long gone and that the Empire would be safe for many years to come.Bookmark here

The two travelers exchanged a puzzled look in front of the creaking door of the inn, but, in the end, they decided to enter.Bookmark here

The place inside seemed very welcoming, unlike the rough and noisy wooden entrance: the walls were very high and had a cylindrical shape, therefore, to make the beds and all the other furniture centered, the owner used various ladders that connected the lodgings. There were no walls, of course.Bookmark here

To relieve themselves, there would not have been a pleasant place that could only be used by a specific guest, that was for sure. But Heiji just had to find shelter, so he didn't really think too much about it.Bookmark here

"Is there anyone here!?" Shrieked the human, while the other boy looked around in amazement.Bookmark here

"Oh dear, I haven't had guests in a while! And one of them is a Human!" The stranger put a hand to her forehead, as if she were about to pass out from the strong emotion.Bookmark here

"Calm down, Madam," Heiji said, "we would just like to spend some time here; more or less a day. We will leave tomorrow evening."Bookmark here

Julio nodded. "Yes, and we would also like a place to shelter a Kemel."Bookmark here

"My God, I don't think I have a place like that. But we can take him to the back maybe." Answered the innkeeper.Bookmark here

"We?" The two looked confused.Bookmark here

"Mari! Mari, come here! There are guests!" She cried suddenly, in a voice so high that the thin little boy covered his ears.Bookmark here

A little girl with a sweet face and a white dress, decorated only with a ribbon on the waist, appeared from above a wooden tile. She quickly went down the stairs playfully and positioned herself next to the old woman. She smoothed her long orange hair, also tied with a colored ribbon, for a second, and then gave the guests a big smile.Bookmark here

"Welcome to the 'Inn of Lost Things'! My name is Mari. Nice to meet you!"Bookmark here

"Nice to meet you too ..." the child said timidly, after his companion had given him a pat on the back.Bookmark here

"Mari, follow the boy and help tie up their pet in the back." Ordered the innkeeper sternly.Bookmark here

"Yes, aunt." So, she and Julio ran out quickly.Bookmark here

"Now," the lady continued, "I will accept the payment of 20 Krambells. A breakfast for the morning is also included. As for dinner, we can't offer much as our supplies are running out. You see, it's warmer than usual lately and it's almost impossible to go looking for something decent to eat."Bookmark here

"It's understandable, ma'am .." The young man stopped when he realized that he didn't know her name.Bookmark here

".. Mrs. Fitzenne. I think it is a more than a decent offer and, as far as tonight is concerned, we will only need a pitcher of water."Bookmark here

"Oh? Are you sure?" Gertrude put a wrinkled hand to her lips, worried.Bookmark here

"Yes, really. My friend and I ate berries all day."Bookmark here

"Then there won't be any problems, I guess. I'll guide you to your bed, sir."Bookmark here

Old Gertrude began to walk slowly up the main ladder and the human followed her cautiously. After a few steps that creaked at the slightest movement, the woman stopped and made him sit on a simple but clean bed. A few steps further on, a smaller bed with blue blankets was positioned.Bookmark here

Twenty minutes later, Julio and Mari returned inside the inn. The first seemed to have red cheeks, while the second kept that childish and sincere smile of hers. They both reached the bed where the Hero was sitting, with the container of water in his hand. His chest was bare; this showed his pectorals not exaggeratedly powerful and a small scar on his stomach.Bookmark here

"Water!" The child showed all his happiness on seeing the liquid, "May I?"Bookmark here

"Of course." And he already attached his mouth to drink like a wild beast. "Heiji, listen. I told Mari a few things about you since she was so curious." He then said, after having satisfied his thirst enough.Bookmark here

"Yes, yes!" The little girl clapped her hands energetically and then made little hops, her eyes sparkling. "He mentioned a certain princess who was being rude and something about… what was the word, Julio-chan?"Bookmark here

The other felt embarrassed by the way she called him. "I think you mean video games."Bookmark here

"That's right! They seem to be fun. No wonder you like them so much."Bookmark here

"Yes," Heiji smiled, "but I haven't touched a console to play them for a long time now, as you can imagine."Bookmark here

Afterwards, Mrs. Fitzenne shouted to her niece that it was time to go to sleep. "Come on, Mari, be a good girl! I don't want to call you thirty times, you know I have some problems with this throat of mine."Bookmark here

Mari quickly went down to the counter near the door and took a large light-colored puppet from behind it. The object represented a dog-like desert animal, which, in that place, took the name of Furiet. With a surrendered expression, she told bye to the two of them and went to sleep, with her aunt holding her hand.Bookmark here

"I hope you have good dreams too!" Cried the woman; at that, Heiji made a thumbs-up symbol and wished them a good night.Bookmark here

"I don't think I'll be able to sleep, Heiji." Julio later admitted while hugging his blanket on the bed, which he reached minutes ago. "Maybe you could keep telling me your story."Bookmark here

"I knew you were going to ask. But be prepared to hear something completely different now, because I'm not as perfect a paladin as you think."Bookmark here

"Oh? That makes me even more curious." The child made an interested face and settled on the bed for good. "Being perfect is boring anyway, right?"Bookmark here

"I guess so. Now, listen carefully .." and he began to narrate.Bookmark here 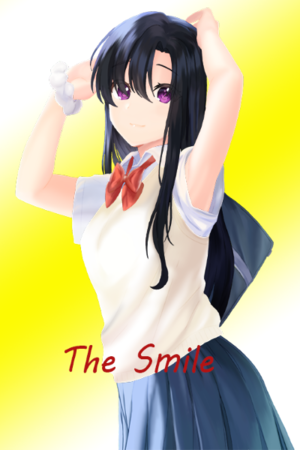