I had always been a very fast runner and was told several times. Despite my laziness and my passion for video games, which limited my movement, I still got good grades in school subjects that concerned body elasticity. Of course, I worked so hard to be athletic to impress pretty Kyouko too. (But she never looked at me.)Bookmark here

It was because of these abilities of mine that I had done so well during the pursuit of the thief. Also because of a bit of luck, I would say.Bookmark here

But there was also another reason: it had happened to me before and, even on that occasion, I had managed to deliver the villain to the nearest police station. Everyone was amazed by my speed and readiness and, for this, the local agent, Mr. Yuusuke, had handed me a medal. At the time, I was only thirteen and, in the little city, people kept talking about it for a few months.Bookmark here

I had done a good job so theoretically I should have been rewarded that time too, right?Bookmark here

At that moment, I had not shown myself as a 'protector of justice' as I thought: I had forgotten that I was in another world, surrounded by people who knew very little about the term 'justice' in the way that ordinary human beings understood it. Bookmark here

For this reason, I was sitting, impassive, inside a room with completely white walls, facing the guard that had dragged me to their Headquarters; the one with the bursting chest and the angry face.Bookmark here

"So, you stole a Motorblast." The man said, crossing his stout, hairy arms. "Explanations?"Bookmark here

"It was just to get that guy. I didn't have any bad intentions." I defended myself with a low voice.Bookmark here

"You should have called us, who are so good at catching criminals." The man grabbed me by the shoulders and shook me. "What the heck did you think you were doing, all by yourself!? You just made the situation even worse!!"Bookmark here

"I didn't even know what the security forces here were called! I tried but they were all confused! That guy could have escaped far and then who would have found him!?" I freed myself from the grip and began to raise my voice.Bookmark here

"Us! We would have found him." The agent did not listen to reasons.Bookmark here

"What if it hadn't happened? What's wrong with someone helping the guards?"Bookmark here

"Justice is entrusted exclusively to the agents, while the citizens must only look and do nothing else." At this point, the guard was starting to get impatient and his chest was swelling with anger. "I, Chief of the Second Degree Guards, Zanigada Maputo, absolutely cannot tolerate an interference in our work."Bookmark here

"But-" I was about to reply when, from behind the barred door, there was a click and Mivrea entered the room, with a furious expression.Bookmark here

"What is this all about?" She asked, red with rage, "He tries to help me because that dog stole the Shellys from me and you, idiots, bring him here to interrogate him."Bookmark here

"Exactly. And please give me my cell phone back." I prayed to them, with joined hands. "If you just give it to me, I can show you it's not a terrible thing."Bookmark here

"Nonsense! You could activate some bombs." Then Zanigada turned to the princess, "Your Excellency, you don't understand the gravity of the action committed by this human."Bookmark here

"It's not that bad, c'mon." muttered Mivrea with a pout.Bookmark here

'Finally you help me somehow, Mivrea-san!' I thought in that moment. 'Thank goodness.'Bookmark here

"This guy may be a licensed idiot, but I don't think he is the type to deliberately break the law. Besides, I'm the King's daughter and you should listen to me!" She said haughtily.Bookmark here

'Well, thanks for the compliment.' I rolled my eyes.Bookmark here

Zanigada hesitated for a moment, undecided about what to do. Then he ordered his assistant to bring the 'diabolical object', that is- the cell phone. They handed it to me and I quickly showed them how to use it.Bookmark here

"You see, this is for taking pictures" and I activated the camera on the phone, "this is for calling people" and I showed my contacts and the keypad to enter the number, "this is for entertaining." And I accidentally opened a magazine site, where the figure of a woman in a bikini dominated the screen.Bookmark here

Zanigada covered his eyes and, when I realized my mistake, red in the face, I hurried to change the application and go to HystaGram. Mivrea, meanwhile, made a disappointed face.Bookmark here

"But it doesn't work very well here because there is no connection and the battery is also dying."Bookmark here

Zanigada gathered other guards and said they would come out of the room for a few minutes to think. Meanwhile, Mivrea stepped forward.Bookmark here

"Thanks, Mivrea-san." And I smiled at her genuinely. "For worrying about me."Bookmark here

"No need for this fuss! I just did my duty, I think. And anyway, while you were brought here, the money was given back to me and that bastard was locked in a room. You should have heard his stupid speeches: just what a dog would say! "Bookmark here

And, as she spoke, she waved her arms angrily. Then she tried to calm down.Bookmark here

"What did he say?" I asked curious.Bookmark here

"He mumbled something about rebelling against my daddy's kingdom and he said he needed it because he hadn't eaten in days." She spat, still half irritated.Bookmark here

I remained silent and mixed feelings arose within me. Had I done something wrong after all? What was this kingdom story?Bookmark here

"No, I didn't have time. I ran out of the shop when you started chasing him .. but only because I thought you could have done something stupid!" She blushed.Bookmark here

Zanigada reentered the room with the group of men behind him. His figure emitted authority and calmness.Bookmark here

"Okay, you are allowed to go out." He stated, "But I'll tell the other units in the kingdom to keep an eye on you. From the way you threw yourself off that Motorblast, you seem to be the kind of person who doesn't mind taking the risk."Bookmark here

"Thank you for you kindness." I blushed from embarrassment. Afterward, the princess and I left the room. We passed a wide corridor and reached the exit, where the woman from the shop was waiting for us. She had a big sack in her arms.Bookmark here

"Sorry, I hope I am not in the way. I also brought the requested sweets. I thought that after all that has happened, they might have been useful." And she handed them to me.Bookmark here

"Yes, indeed. They will be very useful." I replied, with certain ideas in my head.Bookmark here

'Of course they weigh nothing.' I thought while Mivrea was paying the owner with a Shelly.Bookmark here

"What do you mean, human?" Mivrea made a confused face. Then one of the men from before passed in front of us and I took the opportunity to stop him.Bookmark here

"Excuse me, could you tell me where the thief is?"Bookmark here

"You are crazy! Why would you decide to go to that fool?"Bookmark here

"I was wrong, Mivrea-san. I thought he was somebody bad, but he was doing it for a good reason. Even if with the wrong method. So, can you tell me?"Bookmark here

"It wouldn't really be allowed but ... it's over there." The man pointed to a corridor on the left side. "The last door."Bookmark here

Only God knows why that guy let me do it.Bookmark here

"Thank you very much!" I bowed instinctively and pulled out a Panchok, then gave the sack to my companion and ran to that part.Bookmark here

It was the first time that Mivrea had said my name, but she was completely ignored. Probably, I made her very sad.Bookmark here

Within minutes, I had reached the door. I hesitated for a few seconds, unsure, but then I decided to throw open the door, protected only by an easy-to-remove chain. I would have probably gotten in trouble again, but I felt inside that that was the best thing to do. As soon as the thief and I were face to face, the man made a surprised face.Bookmark here

"You .. what are you doing here?"Bookmark here

"I think I exaggerated. I acted instinctively, but I didn't know you had your good reasons for doing so. I was told by the princess."Bookmark here

I moved towards him and reached out to give him the food. "I'm sorry and you can keep this."Bookmark here

"Just take it. It's big enough and definitely better than the food they'll offer you behind the cell. Unfortunately, I'm unable to give you money to help you and that's the only thing I can offer you now."Bookmark here

The man grabbed the Panchok and, with tears in his eyes, thanked me warmly.Bookmark here

"You should find a better way, though, to earn money. That said, I hope your situation will improve once they release you. I shouldn't even be here so don't tell anyone I came." I said the last sentence awkwardly. Then I put my index finger over my mouth and did a 'ssh'.Bookmark here

"Thanks again .." and he smiled faintly still in tears.Bookmark here

Afterward, I quickly went out and closed the door with the chain. Then I walked as nothing had happened towards the entrance. No one had seen it, thankfully: the headquarters were large enough after all.Bookmark here

Mivrea was waiting for me in a chair at the entrance and the owner was long gone. Her head was down and she clutched her chest with her small hand.Bookmark here

"You are such an idiot." she sighed as she heard my footsteps, "Do you think a ration like that will help him? And maybe he wasn't even sincere."Bookmark here

I put my hand on her head and stroked her loose, neat hair. "Mivrea-san, I think the good side of people is stronger than the bad. And don't worry so much about me; didn't you see what a hero figure I made?" I joked.Bookmark here

She got up and hit my arm. "Sh-shut up, I'm not worried about you! And don't touch a member of the royal family so casually."Bookmark here

"But why? You even called me by my name before." At this statement, her face turned completely red.Bookmark here

I realized, in that moment, that playing with her like that was fun, after all.Bookmark here

"O-oh you must have heard wrong. I didn't really speak!" Then she calmed down as I laughed. "But… I think I exaggerated to call him that… I mean dog."Bookmark here

I smiled and resumed stroking her hair as we left HQ.Bookmark here

Meanwhile, we heard the same whistle that had warned us of our arrival in Noslepums and we knew it was time to leave.Bookmark here 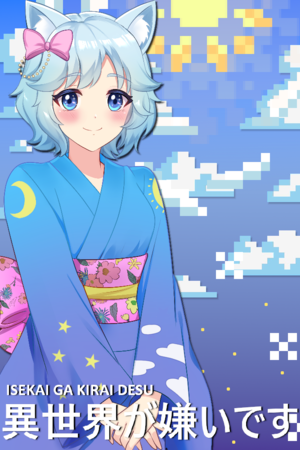 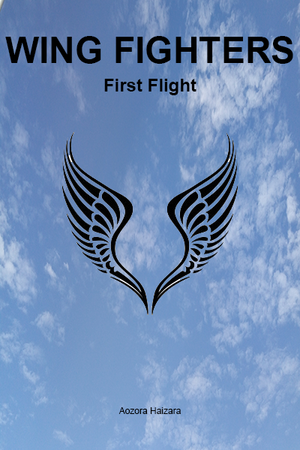