I have never been someone who goes out a lot, much less to a bar, I have always preferred solitude to company and it is not as if I like alcohol very much, however, I have to accompany an old friend who suffered a breakup. I haven't seen him for a couple of weeks, the last time I saw him he was very happy with his girlfriend, I think he was too affected by the fact that they broke up.Bookmark here

I went to the bar for a while and it seems that he will take a long time to arrive, perhaps he was late because of his work; I decided to go to the bar and order a drink to wait for my friend. It was at that moment that I heard it, a charming voice, like an angel, it was beautiful but at the same time somehow attractive, the voice had said: "I was waiting for you."Bookmark here

Because I am very shy to turn around and see what she was like, I used the reflection of the glass of the drink that had just been given to me, despite the deformity of the reflection due to the liquid, it was noticeable that she was beautiful, with a red dress, brown hair and a scarf. But I stopped giving importance as I kept waiting for my friend, but he still did not arrive, so I had no choice but to ask for another drink.Bookmark here

An hour passed and it seems that he will not come, despite writing and calling him he does not answer... at that moment I heard the voice again saying "I'm waiting for you," I don't know what the reason was but I felt that it was addressing me and I decided to look for her; The problem is that I did not know where she was, so I asked the bartender if he had seen her... which he denies since he says that a woman with descriptions like the ones I gave never passed, I asked the people who were there and the answer was the same, nobody remembers seeing a woman like that.Bookmark here

Have I gone crazy? ... or did no one see her? however, I kept hearing her voice ... getting closer and closer as if she were inside my head.Bookmark here

I still heard the voice... each time louder and louder but now it was no longer charming, now it seemed that it was destroying my eardrums and the little I could hear was "you have to escape," "do not think about him, he will never know."Bookmark here

I couldn't take it anymore, maybe the place made me go crazy, maybe I needed to sleep. I decided to go back to my car but not without sending a message to my friend telling him that I will leave, at that moment I realized that we were supposed to be here an hour Before I arrived, it seems that I was the one who was late, or so I had thought...Bookmark here

It was there that I remembered another night when I saw my friend with his girlfriend, she was wearing a red dress, scarf and her brown hair looked silky. My friend was drunk that night so I seduced his girlfriend but what she didn't know was that my intentions were different that was the last time that she would breathe. Bookmark here

Today my friend asked me if we could see us because I was the last one to see his girlfriend and he didn't know anything about her. So this night my plan was to arrive later and get rid of her body by putting it in my friend's car, but when I tried to do it he found out so I ended up killing him. I hide the car and came back to the bar to have an alibi.Bookmark here

But… what am I doing here?… ah right! I was coming with my friend who just suffered a breakup, I'll go wait for him inside the bar, although I just heard a beautiful voice.Bookmark here 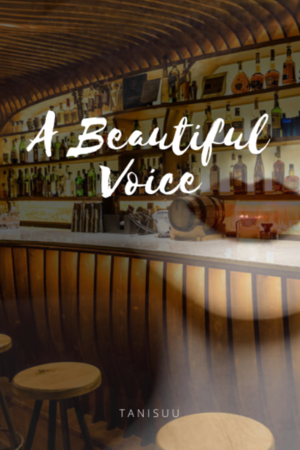