“Sure,” Risho signs a piece of paper on a wooden table while all the mercenaries surround where Risho and I seat, “make sure you give the payments a week after the completion of this contract or they will really kill you.”

I laugh nervously at Risho’s remark. “Of course! of course!”

The mercenaries surrounding me jump in joy as soon Risho waves the paper in the air, “We won’t fail you, General Deliruu!” the mercenaries chant.

The sunsets and the mercenaries, Risho, and I strain our eyes for the enemy that will come from the forest east of Lunis. I’ve been told that the town of Ugibiris are all Aura users, and to combat their “mana-absorbing” powers, we should keep our distance to not lose our magic powers. At the same time, we should be careful of any melee and ranged attacks of any kind. “This battle is going to be tough,” I whisper to Risho.

“It’s a good thing that you asked for help instead of attempting of defending this town all along.” Risho places her hand on my shoulder.

“Even with my over-confidence, I couldn’t even say that I can take this enemy head-on,” I look to Risho and the other mercenaries doing their own thing, “even with this kind of team, we got this.” I punch the air, and Risho laughs in reaction.

Moments of silence— no— chaotic energy that the Lunis mercenaries produce a pass, and soon gave way to anxious silence. Some mercenaries start to grow impatient, some doubt, some suspicion, but nothing comes into conflict against me nor Risho, but I too am starting to get worried, “What if they don’t come after all?” “What if the town of Lunis were oblivious for the right reason?” But I shake the thoughts out of my head for a time when—

“That is flame from a torch!” one point.

“This is it! No doubt their smoke is coming from them!” one unsheathes his sword.

I look to where they are pointing and positively confirm and affirm that “This is Ubiris’s men.” We look in silence as the enemy emerges from the forest. We see towering behind all the men with swords and staffs in their hands is a catapult. A siege weapon that hurls stones against its enemies. But the mercenaries didn’t stagger in fear. Instead, they have huge grins on their faces. “Look here! This giant thing is our target!” shouted a mercenary.

“Deliruu-san, look!” Risho points to a man with an oversized overcoat. “He is about to use his Aura!”

As soon as she said this, the ground begins to shake, and all in opposition of the enemy fall to the ground unable to stand on stable ground. But I can hold my ground for a few moments. Refusing to fall before the enemy, I attempt to cast my first magic, “Water Ball.” Risho and the mercenaries watch on as I struggle to make the required gestures for the spell. Soon enough, a water ball appears in front of my palms, growing ever larger. After I thought that the water ball is big enough, I hurl it at the enemies’ frontlines, but it falls short. Then, I hear what I perceive are the distant laughs from the enemy and a faint, “Is that all you got?”

Risho rushes to my side. “Are you ok?”

I nod to Risho, “Feeling ever the same.”

Risho looks at me with a hint of doubt but asks no further.

“Leader, at your signal!” a mercenary shouts to me awaiting my response.

“GO!!!” I unsheathe my sword and point it to the enemy and rush to the battlefield, and Risho and the mercenaries follow swiftly behind me.

The enemy stands on their ground, neither making any moves as if they are waiting for a chance. Suddenly, the ground shakes violently that everyone on my side trips and falls faces flat to the ground. It feels like we are about to die here and now. A large shadow casts over me, and the shaking stops. I look up and see a large humanoid made out of the earth, rocks, and sand.

The mercenaries stand up and stagger in fear, but none of them retreats, and I think about retreating as well.

A rough hand lands on my shoulder, and I look up and see one of the strongest mercenaries in the guild said, “Leader, don’t worry about us. This is every day we lived for.”

I nod, and my doubts and fears disappeared. These men and women are fighting by my side, not just for the reward, not for the contract's completion, not for the glory, but everyone. I can see it in their faces. They have decided that this will be their last and glorious fight. I point to the land golem and shout with all my might, “ATTACK!!!”

Hundreds upon hundreds of swordsmen rush against each other, slaying each other, parrying each other’s sword, avoiding death, getting kills, for one’s survival. I look around in awe and realize the predicament I am in. I was not fighting. I am way open. Suddenly, the sound stops rushing in my ears, and my heart beats louder and faster. My body becomes heavy as if it is carrying a heavy load. I look around once again and see everyone nearly frozen. Their attacks and defense are as slow as they could be. I look behind me and see an attacker slowly approach me sword first. I look up and see the arrows flying through the sky, and the catapult launching its first missile. I quickly move aside to avoid the impending death and quickly stab the enemy with my sword, and everything accelerates in speed. Every time an attacker tries to kill me, time slows down for me, and my body becomes heavy. Every movement I make when time decelerates takes considerable strength to do so. With this power, I dash through the enemy lines and meet the land golem. I attempt to use a fire spell to burn it down, but something hits me, and I fall to the ground.

I try to stand up, but am only able to kneel on the ground. My body’s strength left me. Using my power to slow time exhausted me. I look up and see the man with the oversized overcoat approach me menacingly.

The man speaks, “So it’s you who killed my brother. Oh, to think it was you who did it.” I could only shake in response as I struggle to stand up straight using my sword as a support. “It’s a shame,” the man pauses for a moment during the heat of the battle, “you brought shame to my brother’s name!”

I spit blood from my mouth before I speak, “I do not know whoever your brother is,” I lift my sword which is colored red-orange from overheating against the man, “care to tell his name?” Suddenly my sword breaks from the tip to the hilt rendering it unusable for battle and smokes come from the shattered metal.

“You fool!” the man rushes to me with his sword, and everything decelerates and I use the opportunity to avoid his attack. “You look faster than you look.” I dodge every attack, and every dodge makes my movement more sluggish, and my body overheats. “I have to end this loop,” I think to myself.

The man makes a vertical slash for my head, but as usual, everything decelerates for me. I use this opportunity to cast a fire spell against him, “Piercing Fire.” Once I finish doing the required motions for that spell, everything accelerates and the man’s sword grazes my right shoulder, and the man kneels to the ground. I look at the man and see that his stomach has a newly burnt hole through it. There is no blood leaking through it either. “H—h—how,” the man stutters and falls flat to the ground.

I feel sudden pain in my right and discover that my right shoulder is bleeding. I hold the wound with my left hand to prevent it from bleeding. As I look up, I see the land golem’s hands falling to crush me, time doesn’t decelerate this time, but the land golems head suddenly flies to the left from its body. And the shriek of wind and the sonic boom pierces my ears. My body suddenly feels cold from the strong gale it has produced. I look to where the Air spell came from and see Tina almost collapsing.

“Deliruu!” Risho rushes to me and takes me before the land golem’s headless body crushes me. Once the golem falls, the fighters on the battlefield stop clashing. The Ugibiris’s Army looks behind to see their leader killed and their golem fell. The catapult stops launching its missiles. I look towards the town of Lunis and see no damage done to the buildings nor any discernible harm done to its residents. I fall to my knees and sigh heavily in relief.

The remaining 189 soldiers of the Ugibiris’s Army surrenders to Tina’s dispatched army, and the mercenaries start burying their dead. Meanwhile, Tina approaches me with tears and quickly hugs me.

“It’s alright,” I stroke her head to comfort her, “thank you for the reinforcement.”

“It is my service,” Tina releases me from her arms.

Risho approaches the both of us with her arms crossed, “So this is the new woman you chose?” “What?” I say in surprise.

“What are trying to say to me?” Tina infuriated asks.

“I’m saying that Deliruu has high standards,” Risho says with a tone of provocation.

Tina places her hands to her hips, “Oh? But it seems like you are lower according to Deliruu’s standards then, am I right?”

“You don’t say,” Risho stomps toward Tina, but I go in between them to stop them.

“H—hey now, you both did well in the fight,” I look at Risho and hold both of her hands, “thanks for saving me back there when you rescued me from being crushed by the golem and being there for me with the mercenary. And that you approved my contract too. I could have not defeated the enemy without you and the mercenaries’ help,” I quickly turn to Tina and hold her hands too, “and you as well, thank you for saving me back there when you destroyed the golem’s head. That was awesome! And also thank you for coming in time with the reinforcements.”

But Tina’s and Risho’s faces didn’t seem all the well pleased nor pleasant after my thanks. So I left them both alone in fear of having something done wrong. I return to the inn’s door enduring the pain and exhaustion slowly swallowing my body and knock gently at the door, “Lina, it’s me, Deliruu,” I wait for a moment for the door to open, but it does not. I take a deep breath and talk, “I’m sorry for my ignorance and my inconsideration. My mind was in a haze and a state of panic. I only wanted to save you. I didn’t mean any harm or to hurt your feelings, or to abandon this town. Please, I’m truly sorry.” I lay my head on the door trying to hear any response, but it does not come. I turn around to leave when I see Lina and Rina in front of me, “Lina! Rina!” I quickly bow to the ground, “I’m sorry for what I said and done!”

And the response I waited for isn’t the one I expected from Lina, let alone Rina. “You idiot!” Lina says in a happy tone, and both of the sisters laugh as I succumb to my exhaustion. 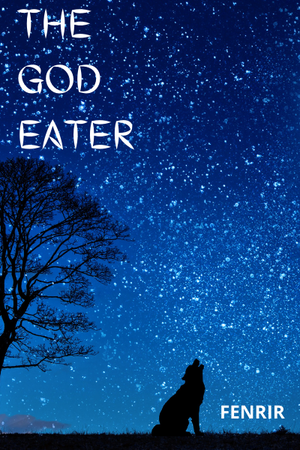 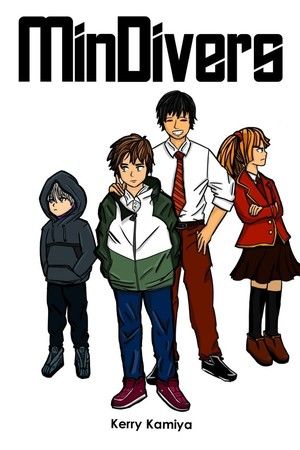 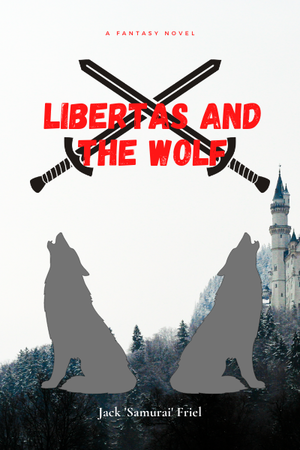