Sending Xia back to the room, Salier leaned back on the sofa with a wide grin on his face as if he had achieved something marvelous. Remembering the shocked expressions on Xia‚Äôs parents and the authority he used, he felt the lost feeling of being in power come back.

Turning back his head and signaling A1 to come towards him, Salier pointed towards his right side while closing his eyes to think about something. A1 stood where was told to, waiting for further instructions.

Thinking about something, Salier called up the panel to see whether his theories were correct or not.

Upon opening the panel, his gaze landed on the points bar and noticed the increase from 118 to 140. Seeing this, a chuckle escaped from his mouth as he tried to control his ever-widening grin.

‚ÄòAs I expected after reading all that information. Doing evil deeds will increase the points. Well, this is going to make my future plans easy.‚Äô

Closing the panel, Salier shifted his attention towards A1 who was standing on the side, awaiting orders. Lifting his head, Salier signaled A1 to come in front of him as he slowly opened his mouth to give orders.

‚ÄúMake sure to keep that b**ch well fed and do not allow her to escape. If she tries anything funny, show her the reality of causing trouble in front of a killer. Don‚Äôt destroy her face as she still has some use. As for No1 and No2, they will be under your command when I am not around.‚Äù

A1 gave a deep bow in silence as he looked towards Salier with cold eyes, containing no emotions awaiting further orders.

Salier gave this subordinate of his a good look while enjoying the cold look in his eyes as obedient and cruel people had always been on his favorite list. A hideous grin crept on his face as he continued.

‚ÄúThat‚Äôs all for now. If I have any further orders, I will tell you. Make sure to do a good job.‚Äù

A1 bowed upon hearing this and turned to leave while Salier appreciated the system for giving him such a good slave who would obey orders without any second thought.

While he was busy in his own universe of thoughts, Skull‚Äôs voice sounded in his mind, making his face shift from smiling to disgust and feeling annoyed.

‚ÄúCongratulations on doing your first evil act upon arriving in this world. We expected nothing less from you, a person who is evil to the core.‚Äù

Feeling annoyed for some reason, letting out a sigh, Salier‚Äôs mood changed and he asked in a calm tone.

‚ÄúSo what made the mighty Mr. Skull come to talk to me? I know that you are not that eager to talk to me either so get straight to the point and drop this bullshit.‚Äù

The moment he finished, the Skull let out an eerie laugh as it floated in front of Salier‚Äôs eyes.

‚ÄúAs expected, I can‚Äôt hide it from you. Your intelligence is not for the show it seems. Yes, I didn't just come out to congratulate you for fu*king your wife but for another reason.‚Äù

The skull stopped after saying this and Salier looked at him with disgust as he spoke in an angry yet annoyed tone.

‚ÄúOut with it. Don‚Äôt play games with me. I hate it most when someone tries to beat around the bush.‚Äù

The Skull let out another creepy laugh with its eyes glowing with blue light as it replied.

‚ÄúGetting angry, are we? Not that it affects me. Anyway, back to the topic. Since you did your first evil act, you have passed a hidden test, thus qualifying to permanently occupy this body as you stay in this world.‚Äù

Hearing this, Salier‚Äôs eyes shined as he immediately became serious, not caring about the stunts Skull was trying to pull and wanted to take as much information as he could. Another reason was that he caught a change in Skull‚Äôs tone.

The difference was not obvious but when he analyzed it in-depth, Salier noticed that the Skull seemed to be unwilling but was trying to deliver information. It was as if he had someone forcing him to do this.

Salier observed the Skull with deep interest as he waited for it to deliver whatever information it wanted to him.

‚ÄúSince you did your first evil act within just one day of arriving here and it was a deed that earned you 20+ points, you passed the hidden test, and now further functions to help you do evil deeds will be unlocked.‚Äù

The Skull explained as it looked at Salier with its shining eyes sockets filled with blue light, as if expecting to see some kind of reaction but seemed disappointed when met with the same calm face.

Salier listened to all this calmly as if he had expected this while in fact, he was clearly surprised inside but did not show any of it on the surface, giving the illusion that he did not care much about all this.

‚ÄúSo, these functions are supposed to help me do more evil stuff. Why am I getting the feeling that it‚Äôs another test for me? Also, my experience tells me that there is nothing free in this world, NO! In the whole universe that is. So what‚Äôs the catch?‚Äù

The Skull immediately made a weird grin as he let out a chuckle that seemed more like someone was crying.

‚ÄúYou sure show your superior intelligence at every point, don‚Äôt you? Remember what I told you earlier when I was explaining the way to earn evil points.‚Äù

Salier thought for a moment after hearing this question and gave a reply.

‚ÄúThat was a hint for you, not that it matters now. When these functions unlock, you can earn more points but you are obliged to do missions provided by the system or any requests that come to you through these new functions.‚Äù Skull further explained but tried to give as little information as it could but Salier noticed this easily.

Salier closed his eyes as if pondering about the information that he just received for a while as his brain was trying to digest as much it could while analyzing if there were any further hints in there or if there was something more to what just Skull explained.

After a while, opening his eyes, Salier looked at the skull with calm eyes and asked in an authoritative but questioning tone. 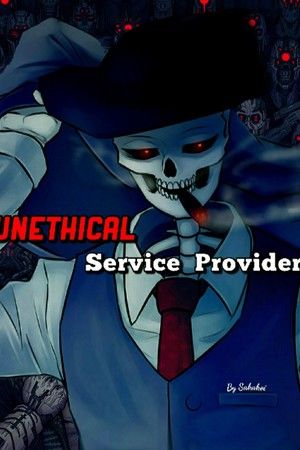