The World of Reia

Azure Sins tells the story of society, in the infamous yet prospering country of Reia. Unknowingly to most within the free world, an event known in the nation's history as the "Azure Night". During a night of showering, shooting stars burned azure and illuminated the night sky 200 years prior to our story. This night marked the day significant changes in the world of mankind began, where unexplained incidents occur across the world. In truth Demons devised a way to manifest into the human realm by unknown means, beginning their hunt for the remaining angels who came to the mortal realm to benefit humans and dominate the new realm for demons. Demons toyed with humanity, leading to the Second Great Holy War, falling second from the original war initiated by Angels to spare mankind from sharing a world with the demon-kind.

Achieving their onslaught, powerful demons held a short dominance over large parts of the world until those acknowledged only as of the Great Angels, took advantage of the arrogance of the demon and sealed the strongest of demons to exist back into their own realm. Due to many continuing to lose their lives to demonic tricks and tactics, spanning over the last hundreds of years, a Holy order came to the aid of the people during what seemed to be its worst time. Their members worked alongside rulers of cities and capitals to bring back human law and order. Soon they were able to begin their new own order "The Temple", Building a public and political presence over time. Using the Temple's influence of faith and belief through the people of the world, allowed these cities to flourish behind the protection of a barrier. With such a focus on the homes of the rulers of the countries, this left many of the free-land lawless. Becoming more dangerous the further one travels away from protected cities, leaving these towns and villages across the country to be more self-ruled indirectly by a noble or the people of the town brought it to a functional state.

Their combined wealth brought a common order around the world, with the combined efforts of the politics of the world, their wealth helped build new and sustain old towns under their names. With most towns directly ran by the townsfolk funded by the nobles over long distances, those residents gave the nobles their own expansive lands outside of the capitals through representatives to ensure everything remains functional.

However, there are still stories spoken outside of the capitals. The outside world sees the effects of demon works and other demon forms at their disposal. There were once those able to sense and combat demonic presence who traversed the nation in the hunt of these monstrosities. These people, through the depiction of society, were labeled Demon Slayers. After half a century of existence Slayers naturally began to die out over time, having lost their lives to demons and starvation alike if they could not get paid while they traveled which brought the stories of their existence to mere myth as the demons continued to grow in numbers. They fall, victim, not only to the evils of demons but the evil in the hearts of those they sought to save. 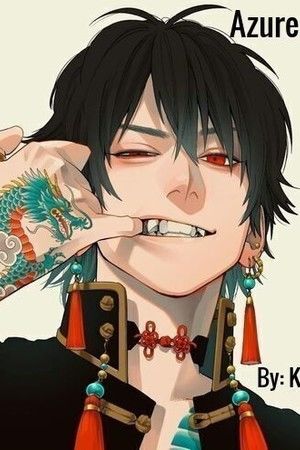