The building I had been thrown head-first against the wall of was made of wood. Bookmark here

Wood, as most people would know, is flammable. Bookmark here

All the magic I could do was related to fire and heat in some way. Bookmark here

If I wanted to, I could easily set a house on fire. If it was a wooden house, all the better. All I needed to do was think it, and a moment later the whole thing could be filled with flames. Bookmark here

The fire raging in the city, which I remind you I had nothing to do with, had almost spread all the way to where we were. It would no doubt reach the nearest houses in a few minutes at most.Bookmark here

The house closest to me was made of wood, and would certainly go up in flames. It was just a matter of time. Bookmark here

So I would be able to burn it down now, use it to power my magic, and there would be no need to feel bad about it and no one to complain! Bookmark here

...Perhaps the whole arrangement had a few kinks in the way of moral issues. Bookmark here

What if there was someone inside? It wasn’t like I was going to burn a house down if there still were living people in it. If the house was empty or for some reason was full of dead people, it wouldn't matter much if it was burned down now or a few minutes later. Bookmark here

If there was someone inside, it would be a matter of life and death. Bookmark here

And that was why I had to start small. Bookmark here

There was a small window just above where I had fallen. It was enough to let me see inside, and there wasn't anyone there.Bookmark here

I slowly stood up, and at the same time I let fire spread from beneath me towards the building. Find its way through the window and from there spread within the area I could see. Bookmark here

It would buy me some time. Let me use a bit of magic. I used some of it to create a shield and block a stream of lightning that came soaring towards us. Bookmark here

I still needed more. A single blow was still enough to noticeably weaken me. Make me feel a bit sluggish, make my arms ache a bit. Bookmark here

I needed more fuel, but had to be careful with the flames as long as I couldn't know if there were other people nearby.Bookmark here

"Alena, would you mind checking something for me?"Bookmark here

"Oh, using a princess to run errands, are we? I'll do it!"Bookmark here

"Check if there's any people still in that building!" Bookmark here

I pointed at the building I had sent a few of my flames into. Bookmark here

Alena ran around to the entrance and went inside. The woman with the lightning magic tried to send a blast after her but I conjured up fire to block it. Bookmark here

I made sure not to let the fire go too far in the direction the princess went. I thought I had seen a stairwell when I looked inside, and I made sure to steer clear of that with my magic. The building looked like it had at least three floors, standing taller than most others in the area. I couldn’t see the top two floors from where I was. Bookmark here

I was left on my own, facing down our purple-haired assailant. I had no idea what a fight between people using magic would usually look like. What would be considered a good strategy or what choices you’d usually make. Bookmark here

But I didn’t need to. Bookmark here

The woman I was facing was only sending smaller attacks towards me. Thin bolts of lightning, shockwaves spread out over a large distance, that sort of thing. Only just threatening enough to be dangerous if they hit someone, and as focused to a point as possible. She wasn’t wasting any energy. Bookmark here

I was different. Bookmark here

The way I used magic was wasteful, flashy, and over the top. I put as much power as I could into every blow, into every wave of fire I sent towards my opponent. Into every time I shielded against one of her blows. Bookmark here

It was unrefined, and I was losing the energy I had fast, all in exchange for a little more power. Bookmark here

You may be inclined to believe that wasn’t a good thing. And trust me, it wasn’t. Bookmark here

But it was also the only reason I stood a chance against her. Bookmark here

I was running out of energy much faster than I could acquire it. Whatever I got from burning part of the house next to me was far from enough, in particular while I still had to be mindful of Alena being in it. Bookmark here

I replenished eighty percent of what I needed to use magic one more time from burning things inside the nearby building, then I was forced to guard or launch an attack lest I be electrocuted without any means of defense. Over and over, I kept being forced to use more magic than I wanted to. Bookmark here

If I knew how to do things differently, perhaps I would have. Tried to come up with some sort of strategy or other to make do with what I had. Bookmark here

I couldn’t do that. Didn’t know how to. All I could do was unleash a magical assault, conjure up a shield, or choose not to do it. Choose the size of the magic I summoned up, perhaps, but not adjust the intensity, the heat, any of the things that actually mattered. Not the things that would keep me from being drained faster than I could handle. Bookmark here

The things that would keep me mind from growing fuzzier and fuzzier, my steps lighter and lighter. My breathing increasingly strained, tinged with heavy effort, louder and more infrequent. Bookmark here

The things that could determine life or death in a fight like this one. Bookmark here

There was a single positive, and it was the sole reason I hadn’t already lost: my exaggerated display of brute force, of prioritizing power over all else, meant it didn’t matter if I wasn’t doing everything right. Meant it didn’t matter if my aim was a little off, or if the shields I created were placed slightly wrong. Bookmark here

The flames I conjured up smothered whatever assault came my way, and the few times I managed to attack the overwhelming force between my waves of flame, or fireballs, or whatever else I managed to conjure up… It was not to be trifled with. Forced my opponent to put her all into defending. Bookmark here

We exchanged blow after blow, at least a dozen times in total. I was quickly being cornered, hanging on by a thread as I could feel my life draining from me. This woman couldn’t win in a pure contest of strength, but she didn’t have to. Bookmark here

I would end up killing myself long before she ever could. Bookmark here

And so, the battle raged on. It may have sounded like a rather lengthy affair. Bookmark here

But in reality, no more than a few seconds had passed. Twenty at most. Bookmark here

I had come to realise battles that used magic were a fast-paced affair, over in a flash if you weren’t careful. Your life, years of experiences and memories vanished in an instant before you could even realise. Bookmark here

It wasn’t the kind of fight I could win on my own.Bookmark here

I just needed to endure a little longer. Bookmark here

Last until the princess was done with her “errand”, somehow survive until then. Bookmark here

I could barely stand. I was dizzy and shaking. I hardly knew what I was doing. Bookmark here

But I was still making sure the fires in the building wouldn’t hurt Alena. Bookmark here

And I could still pull off another piece of magic or two.Bookmark here

I didn’t know how, but… Bookmark here

I’d force them to. Bookmark here 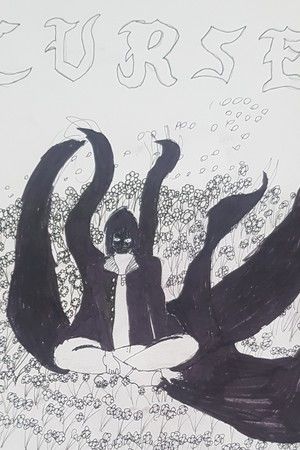