His mind was blank. For what seemed to be many eternities, no thought could’ve mustered in the vast infinities of consciousness. A field with no crop to be plowed ran rampant with rakes tending. Bookmark here

Humans are thinking animals. From the dawn of time, They are born to think. Thought is the blessing aside from their soul. Was only man able to think of such greatness? Cities, music, film, artistry, Hence proof thought was bestowed as the ultimate luxury among life. Humanity lives in advanced societies, casually thinking. Thinking, desiring, even with advancement, humanity never ceased to reach. Thought is beauty. Bookmark here

He could feel the pores of his skin enveloped by something that wasn’t himself. It was constant. When he moved, it maintained its position. Side to side and down, he hit his back on what he assumed was a wall. He pushed forward. Tension rose. It was caging him. Alas, a weak cage for a human capable of thought. Bookmark here

The man instinctively gasped. He was inhaling air. His vision blurred for many seconds. He felt a sensation run across his entirety. His skin was ripping. He felt the peels and the blood drool. The thick red infested his brain. His first thought. He stood still. After his vision cleared, which took a tedious amount of time, he looked down at himself and raised his hands to his eyes. Not by his own volition, of course. The skins he felt were tearing and gushing. The bones he felt were snapping and misplaced as the pain was overtaking didn’t exist, no sense of relief.Bookmark here

There was no emotion to be found in this husk at present. Bookmark here

After declaring a word, he looked around. First, he looked down at his legs to understand the sensation they were still feeling ever since he came to be. Then he looked and watched the clear, beautiful shine dance across the floor. He was mesmerized. Love, he thought. This was love. Almost immediately after, he shunned the thought. Water, he knew. He claimed it was water in his brain. Safe was his next thought. He knew he was safe. Water is safe. Bookmark here

When following the water with his eyes, he came to look in front of him and then side to side, up to down, he could only think, pool-house. Infinite pool-house. Bookmark here

This was not an emotional response. Or if it was, he couldn’t understand it. A plethora of tears ran from his eyes and dropped into the waters beneath him. The ripples would echo for as long as time. The short five-meter roof trapped him in a labyrinth of discourse. Bookmark here

He noticed on his right-hand side there was an elevated ground of tile. The same material of the walls had occasionally window-like openings to them. The further he looked, the darker the halls appeared to be. Safe, was thought in the light. He had knowledge like English to understand, darkness is not safe. The elevated ground of tile was fairly lit by a sealed window-like opening. Bookmark here

He began to walk. He fell over and submerged into the water. His limbs flailed to find footing and when they did, he pushed himself upright as he gasped extravagantly once more. He stood still as he thought. He raised his hands to a proper view again and began to move his fingers. He moved and moved them. For many minutes, he moved each finger and memorized how to do so. He was very intrigued as he was focused. It was very satisfactory for him to move. He felt that way. He felt the lower region of his face, specifically his mouth, contort. It made what he understood to be a smile. Using this satisfaction, he convinced himself to walk again. He took a step. His body wobbled as his leg had a hard time connecting back to the ground using his foot but his arms instinctively spread like wings and it helped him stay up. After making his first step, he spread his arms on his own and put them back down only to put them up again as he took another step. His arms evenly spread from his torso as he slowly took steps. It was revolutionary. By the time he made it to the elevated ground, he understood how to walk and raise his foot to level the footing. He successfully made it.Bookmark here

The hard tile floor felt amusing, almost ticklish. He walked around on it very slowly for a few seconds. He raised his arms in front of his body as he began to fold his legs for the first time. Taking his time, he folded one after the other. After folding his legs, he leaned forward. As his palms touched the surface of the tile, he let his body descend into it. He laid down on it. His face was directly touching the tile and it felt euphoric but he quickly turned on his side. After doing so, his legs started to curl and his knees made their way to his stomach. His arms cradled themself. He closed his eyes. He felt nothing again.Bookmark here

Time has passed as he laid on the floor. When he awoke, more tears ran down his face. His emotions were becoming transparent. Bookmark here

He felt robbed. Something crucial was stolen from him. Not since he slept, far before that. Before he came here. He couldn’t remember. He gave up.Bookmark here

On a whim, he spoke, “I am speaking English. I know the English language. I can and I am speaking.” His speech would continue to exaggerate itself. “How are you today? I am doing good!” His tone matched as if he were participating in a real conversation with another being. “Where am I? You-” He was cut off. Bookmark here

A loud alarm started to blare within his mind. If your mind could send audible sounds to warn yourself of imminent danger, he could only imagine this is what it would sound like. Blaring rings sent his body into the water. He sat up and curled into his knees as he covered them. Go away, go away, he thought. Bookmark here

A monotone voice spoke, “Hello my creation. I hope you find your existence desirable. You wonder many things. How are you hearing me? Who am I? Why are you here? You’re afraid, child, and I’ll put you at rest. I am God. I’ve summoned you here under my command.” Bookmark here

He quivered as he held himself in the water but when he heard the utterance of God, he slowly started to jitter down.Bookmark here

“Your residence in this specific environment was tailored at random. There is no purpose I’ve built this infinite structure for. It’s free. However, you are here now and I’ve assigned its purpose with this. You can name yourself, my creation.” The voice broke mono and scoffed a little. Bookmark here

He moved his hands from his knees and thought of the word name. After thinking about it, names of every origin were sorted through his brain at random. As if a schoolboy remembering all the names of his classmates. “Josiah,” he settled.Bookmark here

The voice spoke again in what Josiah could only recognize as similarly human to his voice. “Oh, my beautiful, Josiah. You are here with a purpose. Thrive. Thrive in this environment for you know no other. You should retain no memories. This is you. Your knowledge is vast as this home of yours is. Thrive here, Josiah.”Bookmark here

Josiah lifted himself and stood in the water as God would finish.Bookmark here

“Josiah, my child. As much as your very existence is my pride. Your evolution is also imminent to nature. The infinities of water may lead you to many differently structured halls, floors, and even anomalies. Among them is a monster. A monster so grand that if met with, it would tear your very soul apart from your physical being. Survive this monster. It roams the same halls you do. You may never come near it in eighty years, or it may be down to your next corner. There is no certainty of its whereabouts. Thrive amongst the monsters, Josiah. It is your only way to guarantee your well-being and survival. This is the first and only time I’ll speak with you, my child.” A gunshot was heard from God’s sounds. Bookmark here

Josiah could recognize that a gun made the sound after pondering it and running it through his brain for a few seconds. Memories were coming back perhaps.Bookmark here

Josiah started to feel fear as the monster plagued his brain. The idea of living amongst one with no known form or location made him feel uneasy.Bookmark here

“My name is Josiah. It’s nice to meet you.” He talked to the end of the hallway. No response was gifted. Josiah lifted his hand very quickly for a handshake. He knew it was commonplace for a greeting, but he quickly put his hand down since no one came to greet him. There was a trace of hopelessness found within him.Bookmark here 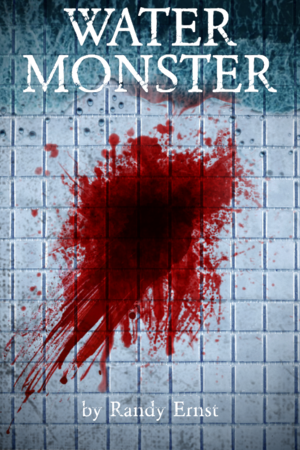