The Songs of a Minstrel

Once upon a time, there was a king in a country who loved sugar.

The king loved sugar so much that he finally built a castle out of it.

The king lived happily in his castle, always licking it off and on.

However, the people of the kingdom were in trouble.

Since the king had turned all the money of the kingdom into sugar, they had nothing to eat.

So they had to pluck berries and grass from the ground to keep their hunger at bay.

Sometimes someone would get so hungry that they would steal the walls and pillars of the castle, but the king would quickly catch them and turn them into sugar pickles.

This life went on for a long time, and the country became more and more exhausted.

Then one day, something terrible happened.

The beasts, birds, and insects that had been deprived of their food became angry and began to attack the castle.

The sugar castle was gnawed by beasts, pecked at by birds, licked by insects, and finally every last piece of it was gone.

The king lost his castle and fell to the ground where no grass grew.

The people of the kingdom were waiting for him and beat him to a pulp. 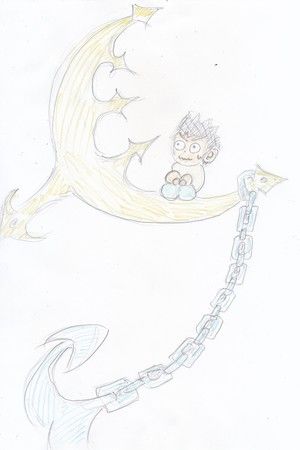 The Songs of a Minstrel