— Do you see it? The moon?Bookmark here

Accompanied by those words, that was the last thing the young man had heard and saw before drifting off to yet another dream.Bookmark here

It was perfectly normal for a human. In slumber, one would travel from dream to dream, taking a stroll through a world of fables. With each passing second, memories of these dreams become weaker and indistinct, till our eventual return to reality with nothing but the feeling of a good night’s sleep and the memories of the day before. Perhaps that is why people like to sleep so much, to treasure the memories of those dreams while they can.Bookmark here

However, the young man, like any ordinary slob, did not care for dreams or the significance they held. Sleep is sleep. If it’s comfy, then why stop?Bookmark here

His room did not help either. Bookmark here

It was the ideal place for a day’s worth of sleep. By his bedside was a wide window, which was covered by the thickest blackout curtains there is, perfectly blocking the rays of sunshine. Even with speakers blasting out chill beats all night on the other side of the bed, he was still as solid as a rock.Bookmark here

Something did not feel right though.Bookmark here

Around this time, his mother would usually be knocking three times on the door, before stepping in quietly to collect whatever mess he made the night before, and then opening the curtains to wake him up. But not today. Never on a Friday would his mother be home in the afternoon. She would be with her friends and neighbors at the shopping center, taking a day off from her usual tasks as a nurse and a mother. Such was the simple mind of his mother. It wasn’t a matter of simply neglecting her son, it was a matter of trust, and she trusted him greatly — a mistake on her part.Bookmark here

Even with that, his sister could have done the favor of waking him up, but she, too, was wrapped up in her own matters. Unlike him, she was a normal student in a normal school. Given how late the time was at the moment, she was probably all the way down in London, stuck in one of her classes, wishing she would join her good-for-nothing brother — the brother who was still deep in sleep because nobody bothered to wake him — on one of his escapades.Bookmark here

For a seventeen-year-old, who was supposed to have surpassed the reckless age of childhood (or so many expected), the young man still had a long road ahead of him before he could get himself together.Bookmark here

He opened his eyes for a brief moment. It was still dark. The only source of light was the light lamp over on his dresser, which he had been using ever since he was eight. Yes, as much as he loved sleeping, he hated the dark. Bookmark here

It was nothing to be ashamed of.Bookmark here

On the floor was a Blu-ray copy of some old movie series from the early years of this century, supposedly about humanity being abducted by aliens and forced to live within a computer system — it was a massive hit for its time. The television located to the front of his bed was still on, appearing to have been paused on a certain scene from the movie. He remembered that he had watched the entire series the night before, just so he could watch the fourth installment, but never got to watch it as sleep got the better of him.Bookmark here

Shifting his gaze away from the television and to his side instead, he looked at the nightstand, specifically on the digital clock that rested right on the edge. It was “14:27” past morning according to the clock.Bookmark here

A chill ran down his spine.Bookmark here

Half-asleep, he tried reaching out to the nightstand to grab something.Bookmark here

— Huh?! Where is it?Bookmark here

Not a second later and his eyes were wide open. There was something important to him that wasn’t in its place. And in the mess of a room he lived in, it would take a while to find it (if it was even in the room). Bookmark here

Waking up when he did, there was no time to ponder over problems. He needed to act quickly and leave.Bookmark here

— This is really, really bad!Bookmark here 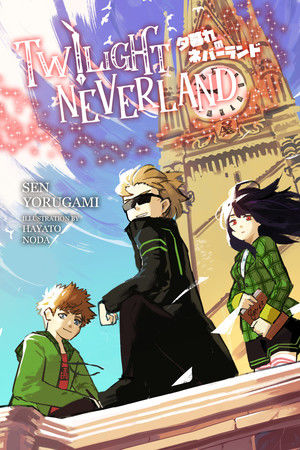