The Start of the Rest of Your Life

It was a bright morning, and the sound of the village seemed to be bustling as usual. The workers were tending to the garden, the sounds of animals could be heard, and the children were laughing and running.

The light radiated through a window into a room where no one was inside. There was a bed, dresser, and a table within the room. On the dresser sat an opened note next to a locked box embroidered with jewelry. The note looked old, but it also looked as if it was taken care of, since the first day that it was opened. Footsteps could be heard entering into the empty room.

“Time for breakfast,” the old woman said as she opened the door to the room. “Looks like that boy is off again early in the morning as usual.”

The old woman grabbed the note and let out a smile. She exited out of the bedroom into the living room of the cabin. The living room had chairs, tables, as well as a fireplace that looked like wood had already been put in. She put the tray on the table.

“Grandpa, was it you or him that brought in the firewood so early?” the old woman asked the old man.

“Of course it was him, Grandma,” the old man said with a smile. “Do you think these old hands have the power to carry those logs anymore?”

“I guess you’re right,” Grandma said with a laugh.

“It’s almost time to give him the key to that box, huh?” Grandpa asked sadly.

“Oh come on, we knew that this day was eventually going to come,” Grandma said with a smile.

“But does he really have to go to that school?” Grandpa asked.

“It’s to be expected, I mean look at him!” Grandma exclaimed.

"I guess you're right," Grandpa said as he couldn’t go against that comment.

“It’s okay, it’ll be alright,” Grandma said to ease him.

“What’s that in your hand?” Grandpa asked.

“It’s the note that she gave,” Grandma said with a smile. “Why do you think he still has it?”

“Isn’t it obvious?” Grandpa asked. “He’s remembering the one who got away!”

“Oh, stop it!” Grandma said with a laugh. Grandpa laughed as well.

“Have you ever seen what was written in the note?” Grandpa asked out of curiosity.

“Of course I have, he read it to me that day with tears in his eyes,” Grandma said while a tear came down from her eye.

“Well read it to me!” Grandpa said. “I am in charge of his well being as well, you know.”

Grandma looked at Grandpa who had a serious face the whole time. She let out a smile to see how much different he became since the first day of Kizou's arrival.

Hello Kizou, I hope this doesn’t come out as a shock to you, the note read. But I will no longer be in this village after our fight. I just wanted to say that you made me enjoy my time in this village.

The village didn’t seem to progress that much since the day that the contents of the note were written. In terms of farming, the crops were limited which meant that the citizens ate the same food most of the time as well as didn’t have much income due to selling the same items. A village association was established to be able to have plenty of heads come together when faced with trials. In this sense, it definitely would’ve taken a lot of effort to get someone to enjoy their time in a place like this village if they didn’t grow up there.

While Dax was the only one I knew, I came to appreciate how hard the shopkeepers worked from how early you did the deliveries, the note read.

There was a hut that seemed to be cleared out for a period of time. The dust and smoke that came from the hard work could still be seen on the walls, but there weren't any materials or items left inside. The shopkeepers seemed to be relaxing inside their store as all of their deliveries were already handled earlier in the day.

I never got to tell you, but I was extremely happy that you didn’t treat me like a “witch,” the note read. Those kids were always rude to me.

Kaiya and her two friends were walking down the road. Kaiya was no longer the short, little girl, and her hair was no longer long. She had short brown hair, and she wore a black shirt that revealed some of her cleavage as her height wasn’t the only thing that grew. She had black pants on, and a sword on her side. Her two friends were the same height as her with stronger builds. One of the males had blonde hair while the other male had black hair. They both wore black shirts and black pants with a sword on their waist.

While they were rude to me, it was also, because they were inexperienced, the note read. So, I wouldn’t be surprised if they end up changing over time.

Kaiya and her two friends finally went down the road and entered the river. They stood there with their swords out and in a defensive position as if they were waiting for something to happen.

So when they do change, the note read. I want you to become a teacher just like I was for you.

An ice shard came from the sky and launched straight down to where the three of them were standing. They all lunged away as they could tell that the attack started.

“Huh?” the blonde hair male muttered. Suddenly, the grass Taishi was standing on surrounded and clamped him.

“Reiji, you too!” Kaiya yelled.

“Don’t worry, I already saw it,” Reiji said proudly as he jumped up to avoid getting clamped by the grass.

“No, I meant above you!” Kaiya yelled.

Reiji looked up, and a huge burst of water was sent launching down above him and pushing him to the floor. The grass clamped him, and he spit water out of his mouth. Taishi was laughing while he was stuck in the grass as well. Kaiya kept her guard up.

A small fireball was launched towards Kaiya to which she was able to easily dodge. The grass started surrounding her, but Kaiya was prepared.

“Flames of the Heavens!” Kaiya yelled.

She became encircled with flame for a quick second to which the grass around her started to wither away. A burst of water came out of the lake and was rushing towards her.

“Gotta be faster than that,” Kaiya said confidently. “Phoenix Burst!”

Huge bursts of fireballs were launched towards the water that came out of the lake, and a huge cloud of smoke appeared from the reaction.

“Never leave an opening,” the voice said with a small laugh. As the smoke slowly disappeared, a sword could be seen on Kaiya’s neck as the individual stood right behind her.

The individual was taller than Kaiya and had his black hair put up into a ponytail. He wore a red robe with a hood over his black shirt. He had black pants and brown boots on.

And I want you to become the strongest person in that village, the note read. Once you are, I know we’ll meet again. Until then, farewell.

“Come on, Kizou!” Kaiya exclaimed angrily. “You said you’d go easy on us and not use chantless magic!”

“You have to expect the unexpected,” Kizou said with a smile as he removed his sword. “And is that how a student should be addressing a teacher?”

“And you two?” Kizou said as he turned towards Taishi and Reiji. “How many times has this happened already?”

“Yeah, I have to like get that bzzt feeling,” Reiji said as he cleared himself from the grass.

“Bzzt?” Kizou said while covering his mouth from chuckling.

“Yeah, how do you tell if a magic attack is going to come to you?” Reiji asked.

I don’t think I can tell them about my eye, Kizou thought to himself.

“Me? I guess I’m just gifted,” Kizou said as she put his arms to his waist.

Everyone laughed at Kizou, and Kizou started laughing as well.

“But aren’t you excited?” Kaya said with her eyes wide open.

“Oh come on, stop playing around!” Reiji said. “Your birthday is in 2 days!”

“You’re just trying to hide your excitement for the feast, huh?” Taishi said while laughing.

“Shut up!” Reiji whispered towards Taishi.

“I mean, you’re just trying to hide your excitement for the beast, huh?” Taishi said as he tried to cover his tracks.

Kaiya and Reiji both put a palm to their face.

“Yes I am,” Kizou answered, playing along even though he already knew that he was going to have a party. “To get my excitement even higher, I want you all to run 10 laps around the village.”

“Complain, and it’s going even higher,” Kizou said as he pointed towards the village.

“Ughhh,” they groaned as they all started running up the hill and around the village.

My birthday is coming up, huh? Kizou thought to himself.

He walked over the river and let out a smile as he realized that this was the spot that Tomiko saved him. He crouched down and looked at his reflection from the river. It mirrored a small, meek boy who looked lost and had nowhere to go.  The water slowly rippled and showed a teen who seemed to be happy and at home.

Can’t believe it’s already been 9 years, Kizou said with a smile as he turned around and looked at the village that he grew up in. 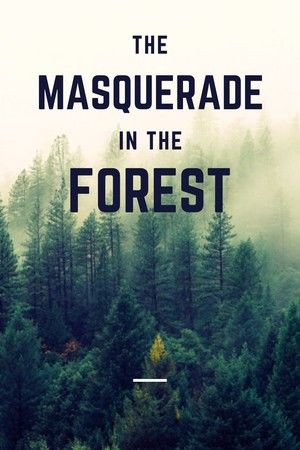