Mitsu is running and screaming towards a oil tank and saying"please stop, pleasssseee stop" as tears were falling from her eyes. Than the van  takes a turn and breaks the side barrier. The van falls down and goes straight down the cliff. The van than explodes.

*Mitsu wakes up on the bed*

Mitsu slowly gets up but tears were falling from her eyes and says "why why why. Why does it keeps coming "by covering her face. She than gets up from her bed and gets dress for school.

She goes down stairs from her room where her little sister Hinako in the living room drawing.

Hinako sees Mitsu and says" you over slept like always onee-san. Try to wake up more early because of your over sleeping, I am getting very hungry" in a cute but angry way. "I am sorry Hinako, it won't happen again".

Hinako than says "was it the same dream again" Hinako saks. "Yes" Mitsu says with a down face. Hinako than asks"what is your dream about onee-san. You never tell me about it, even if I ask you many times"Hinako puffs her face. "I just cant tell you, sorry" Mitsu reply.

"Is it about you and your boyfriend onee-san" Hinako says with a smug face. "No, I don't have a boyfriend Hinako . Just live it, let me make breakfast for you" Mitsu says with a embarrassing face.

"Here, your breakfast and your lunch for school. You don't want to be late for your first day in grade 3 do you."Mitsu says." And whose fault is it that I am late onee-san"Hinako says. Mitsu becomes speechless.l

As Mitsu and Hinako were eating breakfast and watching TV Mitsu stopped at a news where it said"One of the dangerous Gang called Takahiro's gang members fere found dead. The police even said that all those dead bodies have the letter X and a perticular number on their back from 1 to 176 just beneath the X . The police counted the numbers written in their back and found that 3 people are missing. No. 2,no. 13 and no. 42. The police have said that a new officer will be leading the case soon. "

Than after a while they both gets out of their house and Mitsu takes Hinako to Elementary School. Hinako hugs Mitsu and says"have a nice day onee-chan" and goes inside school. Than Mitsu goes to her High School.

Hinako did said have a nice day but Mitsu's life in High School was very bad. As Mitsu was going inside her class room, some girls threw a duster in her hair and laughed. Mitsu's hair was covered with chalk powder but she stayed calm and sat in her desk in the corner of the classroom. She was never able to make any friends because she was bullied by three girls.

Even every body were afraid that they would get bullied if they became friends with Mitsu.

It was not just Mitsu other girls were also bullied by them.

They used to treat everyone very badly. A lot of boys were after their love but those three declined every boys who confused to them and other boys used to walk around their bodyguard but more like dogs.

After school Mitsu had a normal part time job in a restaurant. While Mitsu was doing serving food a gang leader called Kyodo Yukao with his gang members came sat in one of the restaurant room.

Mitsu went for taking order and saw there were buffed guys with some having with weird hair cuts and accessories in their face and among them in the corner of the table was Yukao.

She asked for their order but one of them grabber her right arm and said "forget about the order, come sit with us and let's talk" with laughter.

Mitsu tried to stop but Yukao leered toward her and said "Just do as we say or else we will kill you". Mitsu got scared. While she was trying to free her self she accidentally punched one of them.

They became furious and and one grabbed her hair and all of them went outside the restaurant.

Hinako saw that her sister was being taken away so she tried to save her and bite the hand of the guy who grabbed Mitsu but they hit Hinako and took her in the van too.

Even though Mitsu cried and begged for help and alot of  people saw it happening no one helped because they were afraid. 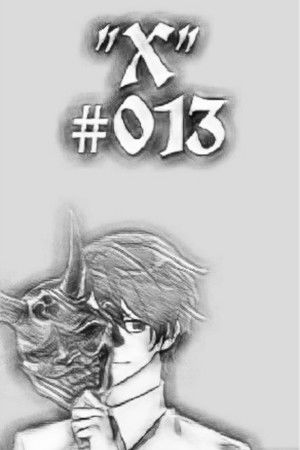