I spent the rest of the whole previous day practising magic under Alena’s supervision, without much to show for it. Perhaps I shouldn’t have expected more after just being told getting better at magic could take hundreds of hours, but somehow I had secretly been hoping having some of the witch’s power available to me would mean I could reacquire the rest of it more easily too. Bookmark here

That could still be the case. I wasn’t even close to having spent several hundred hours on it yet. Bookmark here

The most immediate doubt someone may have upon hearing that would probably be where I was getting the energy from. How I could use so much magic without running into trouble. I was just using the absolute minimum amount of magic I could, and that was certainly helping. But if that was all there was to it I would no doubt have run out much earlier. Bookmark here

My secret was that I was burning grass. Bookmark here

Even if someone noticed and dared to complain, something told me having the princess on my side would have been enough to sway them over. Bookmark here

That was basically what led up to me standing in the middle of a grassy field, burning a bunch of grass without a care in the world. I was also getting frustrated at my lack of progress, but I will tactically choose to omit that fact. Bookmark here

Normally I wouldn’t be the type to get annoyed at that kind of thing. Learning things took time. I knew that. Bookmark here

But other worries still weighed at the back of my mind. Bookmark here

There was something else we hadn’t settled yet, something far more important than if I knew a little bit more magic or not. Bookmark here

“Alena, sorry if this may come across as a bit sudden, but… Are you sure you’re fine?”Bookmark here

Alena had been sitting and watching me the whole time. It was a miracle she hadn’t died from boredom after just seeing me do the exact same thing over and over again, hundreds of times without a single break, for at least a few hours. If it had been me I knew I would have gotten distracted at some point, but she was watching me just as intently as when we started. Bookmark here

“I’m fine. You don’t need to keep asking. I’m fine now, I was fine the last time you asked, and I’ll be fine the next time too. And the dozen after that.”Bookmark here

“But are you sure it doesn’t hurt or anything? Bookmark here

“I’m fine I already told you, didn’t I? I’ll have you know I quite like pain. You can hurt me as much as you want to, and I won’t even flinch. Besides, this wasn’t the first time you hurt me anyway. What’s so special about this one?“Bookmark here

“If something I do ends up causing you pain, isn’t it natural that…”Bookmark here

I was about to object when I realised. What Alena said wasn’t lining up with what I could remember. With what had happened so far.Bookmark here

“What was that you said about this not being the first time?”
Bookmark here

“You already used your magic two times before that, right? A few small flames hit me. That’s all. But don’t worry, it was just a couple of minor burns. I didn’t feel them for more than, like, two hours.Bookmark here

“Why… And how, didn’t I know that?”Bookmark here

But even if I didn’t, why hadn’t she told me? Blamed me, complained. Asked me to do better. Anything. Not… This. Not telling me, letting me think everything was fine. Bookmark here

“Why didn’t you tell me?”Bookmark here

“It wasn’t like I knew exactly what you knew and didn’t. It took a while before I realised you hadn’t noticed, and then that stuff in the city happened. I…”, she looked down at the ground,
Bookmark here

“Kind of thought it would be a bit inconvenient to tell you that in the middle of a big fight where you needed to be able to focus, if you hadn’t already realised it on your own before that.”Bookmark here

Something was churning up inside me. Irritation, frustration. Not at Alena — I didn’t have any right to blame her for my own mistakes. Bookmark here

I was annoyed at myself. Angry that I hadn’t even managed to do the one thing I actually thought I had been doing a kind of decent job at. The one thing that had mattered more to me than anything else. Bookmark here

The one thing I never wanted to fail at, was also the very same thing I had been constantly failing at since the very start. From the moment I came to this world. Bookmark here

Rationally speaking, I knew that wasn’t fair. Knew things would have been worse off if I hadn’t done anything. That Alena and I would both have been dead if I hadn’t intervened, instead of just lightly injured. Bookmark here

But when those injuries were your own fault, all of it just felt so much heavier. Bookmark here

“Alena… Please… If you’re not taking other things seriously, then at least value your own health. I don’t… I don’t want anything to happen to you.”Bookmark here

I could feel a tightness in my chest. Moisture in my eyes.Bookmark here

But I had to. Bookmark here

“Afraid I’ll do something stupid and get hurt?”
Bookmark here

“No. I’m afraid I’m going to do something stupid and hurt you.”Bookmark here

Alena looked up at me, straight in the eyes, and smiled confidently.Bookmark here

“I’ll have you know that if I get hurt by being too silly… Or by doing something stupid? Then that’s all on me. That’s not on you to protect me from. Don’t make your decisions based on that. Especially not when your own life's on the line. And I’d never intentionally put myself in danger, anyway.Bookmark here

“But if you want some sort of reassurance, I’ll start studying fire magic as soon as I’m back in the castle. Being able to use it makes you immune, right? It will take a few years, but eventually you’ll be able to use it without worrying about me. Just learning a bit should probably make me a little bit more resistant to it, too.”Bookmark here

The pain in my chest subsided somewhat. Perhaps we hadn’t fully come to an agreement, but this was still a start. The beginning of an eventual deeper understanding. A resolution to any conflicts we had been bottling up inside. Bookmark here

I felt like… If we did it now, we would be able to solve another problem we had been keeping bottled up.Bookmark here

“Alena, there’s something else we really should talk about too.”
Bookmark here

“I know exactly what you mean… You want us to decide if we’re going to continue or turn back, right? I’ve thought about it, and… How would you feel about a compromise, Maria?”Bookmark here

“So, what did you have in mind?”
Bookmark here

“We lie”, she said without hesitation, “Almost no one knows where we’ve been. Most of the people that do would never talk with anyone that matters. Nobody will ever know we’re telling anything except the honest truth. We found those criminals, but they were well-protected and we had to fight. We took out some of them, but most got away. Our mission wasn’t a complete failure. Things were just a bit tougher than expected, and getting back took us a while because we were injured.”Bookmark here

It wasn’t something I would ever have done in my past life. At least I’d like to think so. It was an entirely self-serving lie, not something that helped anyone. Bookmark here

Yet I was so incredibly tempted to just roll with it. To just go along with whatever Alena told me to. Anything was far better than having to lose her. Bookmark here

“So, Maria, what do you say?”Bookmark here

“I… I’ll let you decide. I’m sure you’ve thought it through a lot, with how long you’ve just sat there staring at nothing.”
Bookmark here

“I wasn’t staring at nothing, you know. I was staring at you, silly.”Bookmark here

Alena stood up, and poked my chest. Bookmark here

Alena leaned in closer. Tiptoed so her face was at the same height as mine. Bookmark here

If things had continued the way they were heading, we would probably have kissed. A charming touch of lips with the sunset as our backdrop, eyes only for each other. Bookmark here

If we hadn’t been interrupted at the worst moment imaginable, at least. Bookmark here 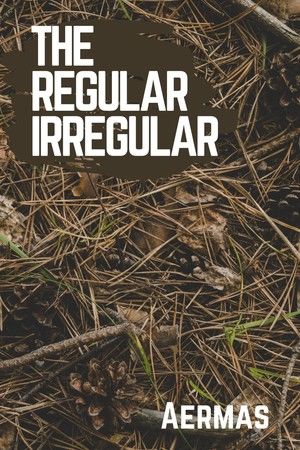