Earth: Come on… you know Earth. In this Universe it was destroyed by Marauders.Bookmark here

Vishta: The heart of the Vishtian society and culture and the epicenter of the modern universe. The birthplace of the Universal Government (UG). The Universes’ most advanced civilization.Bookmark here

Mining Colony V-6720: One of many non-self-sustaining “Planets” that are home to useful minerals and ore. Before the Foreign Species Rights Bill, these colonies would utilize “free” labor from indentured “lesser” species like Noah. Now it’s hired labor.Bookmark here

Felineous: Home of the Blizvains. The most noteworthy fact about Felineous is its lack of anything to note in the way of resources. Its name may or may not be a pun (read the Blizvains line under SPECIES for more info).Bookmark here

Klaxas: Home world of the Nierdesh. Very similar to Earth’s eastern island nation of Japan. It was destroyed by Marauders.Bookmark here

???: The Marauders unnamed planet. Its whereabouts are unknown and existence is rumored. Bookmark here

Vishtian: (Native Species, Greater Species) The Vishtian are an advanced race. Well versed in the ways of capitalism and space travel. Known as the “unifying” race for bringing other greater species together through trade and travel. They are natural athletes, very muscular and very, very intelligent. with light-blue skin and a variety of eye colors from red, green, and black.Bookmark here

Wrapthian: (Greater Species) Wrapthians are a frugal and respected race. They’re punctual and carry themselves well. Not the most physically fit but have intelligence on par with that of the Vishtians. Often finding themselves in respectable professions such as Lawyer, Therapist, Doctor, and Politician. They are slender creatures boring smooth gray skin with slender necks and are taller than the average human. Bearing eyes that are large and dark.Bookmark here

Domin: (Greater Species) The Domin are large brutes with rhino-like skin often black in color and are bestial in nature. Their eyes are a deep dark brown, and their bodies more often than not are large, round, and contain a lot of body fat. They’re a very business savvy race, and often work as shop owners or salesmen. But they are also immense opportunists, not above participating in shady business dealings and trades such as the Domin Pirates for example.Bookmark here

Maltraxian: (Greater Species) The Maltraxian race is radical and fanatic. Comprising primarily of religious extremists belonging to the Church of Maltrax. They have white skin and devilishly red eyes with sharp jagged teeth. They are primarily working class but also excel in sports due to having four arms and hands.Bookmark here

Filopod: (Greater Species) The Filopod race are very fishlike, even down to adopting the pale lifeless eyes that a lot of sea creatures. They don’t need water to survive but are sluggish and mentally stressed in on dry land and they excel at swimming. Their skin have that same oily and scaley texture to them. Also members of the working class. They aren’t necessarily special, and their civilization didn’t advance nearly as quickly that of the Vishtians. However their species has existed far longer. This gave them a huge head start in this society’s version of the space race.Bookmark here

Pentagost: (Greater Species) The last race to be indoctrinated into Vishtian society. They are very confident creatures often times even cocky. They often sport above average physique and intelligence but rarely excel with some exceptions. They have light gray skin with blueish gray spots and stripes and a shark-like head with four fingers on each hand. Sharper than average teeth but far from jagged like that of the Maltraxians. They empathize with the “lesser” species on Vishta due to their own overdue indoctrination and acceptance into said culture.Bookmark here

Glum: (Greater Species) Indoctrinated by Vishtian society early on despite slightly lower than average intelligence. They are essentially slimes with green or blue complexions for males and or pink or purple complexions for females. Sometimes pink or purple with spots of the correlating color. They’re short standing no more than 1 foot tall. They are incredibly low maintenance and require little space, food, or oxygen. They have a long slimy snout where their lips reside, and they can only speak one language due to their limited vocal chords. However they can understand many languages. Bookmark here

Torvak: (Lesser Species) Red skinned creatures with horns and orc-like teeth. Large and muscular. They are considered a “lesser” species and were primarily used for labor. For example on a mining colony or in off planet factories. Their planet was destroyed by Marauders. But due to their extensive use as laborers there are still a large quantity of them left alive.Bookmark here

Gwetzels: (Lesser Species) A species with arms and legs that rest in a 45-degree angle with five sharp fingers and toes. Keeping their limbs in a state of perpetual windup which gives them great momentum for punching, kicking, and jumping. They have light blue skin while certain areas such as their thick dinosaur-like cranium, elbows, and calves are a dark navy blue. They are considered a “lesser” species and are often used for labor or war because of their fighting ability, great hearing, and eyesight. Their planet was also destroyed by Marauders.Bookmark here

Groffit: (Lesser Species) Wide chests, two long arms placed on their backs. Their feet have two large toes, and their skin is green and spotted. They are considered a lesser species that were primarily used for labor or pleasure, primarily due to their slim waists and attractive green skin. Also enjoyed as “pets” or collector’s items due to their low intelligence and limited amount of remaining members of their species. Making them a rarity. Their planet was destroyed by Marauders.Bookmark here

Stym: (Lesser Species) Tree-like creatures that are humanoid in shape. They have bark for skin and seep out sap from their pores and other areas. Their anatomy and limbs are essentially entwined branches and vines. Their eyes are often brown or green. They were considered a “lesser” species and were primarily used as decorations or owned as “pets” due to the limited amount of them that still exist. Their planet was destroyed by Marauders.Bookmark here

Blizvain: (Lesser Species) a race of cat-like humanoids who have sharp claws, cat ears, and cat eyes for superior hearing and eyesight. They’ve got a layer of fur in a variety of colors like red, blue, yellow, green, and white on their arms and on their feet. As well as a little bit around their hair on their head. They’re a frisky race that would often be sold for the purpose of pleasure. Although unlike most of the other “lesser” species on Vishta, their planet has yet to be destroyed by Marauders. But only because of the lack of resources to steal on their planet. Bookmark here

Marauders: (???) Not much is known about Marauders. Their bodies have been kept top secret by the Vishtian authorities. They wear sharp black/red space suits with holographic laserdisc lenses. They are an advanced space race possessing WMDs and dark black planet destroying battle ships that are sleek and have a sharp pointed front.Bookmark here

Nierdesh: (???) Not much is known about the Nierdesh. Their eyes are deep white with what would be the whites of a human’s eye being a dark black. Their eyes themselves including pupils are a deep white, but turn red in intense battle, heightening their senses. They’re humanoid with black fingernails and pointed elven ears. Their planet was destroyed by Marauders.Bookmark here

Wyvern: (Lesser Species) Named after Wyverns from popular English literature. They actually visited Earth during the dawn of Human civilization and are the reason for Wyverns in popular culture. They were a group of lizard men whose planet was destroyed by Marauders. Now there is only one left. She was captured by Domin Pirates and sold into slavery. Bookmark here

Human: (Lesser Species) Come on… you know about humans. The last one left is Noah. His planet was destroyed by Marauders.Bookmark here

Zorfaks: The Vishtian societies equivalent to dogs. They’re hairless and a little bit slimier. They are considered cute and cuddly by Vishtian standards.Bookmark here

Sting: An aquatic serpentine creature. They ride the top of the lake like a pack of dolphins. They’re long and scaly with a spine of spikes. Not unlike eels.Bookmark here

Vitas: Essentially birds. More reptilian than birds back on Earth. Despite that major difference, they still have feathers. And much like birds there are many sub-species.Bookmark here

???: One creature from Earth currently lives on Vishta. Which creature this is, is a Mystery to Noah.Bookmark here

Space Vessels: Pretty self-explanatory. Spaceships, meant for interplanetary travel, transportation, and war. Other “greater” species like the Domins, Pentagost, and Wrapthians etc. have them. But The Vishtians and Marauders have the most advanced vessels.Bookmark here

VISORS: The Vishtians version of the television. Their screens are holographic to save space, but the display is still in HD.Bookmark here

Communications Devices: Comms Devices for short, communications devices are essentially cell phones. These devices are the only communications devices. Landlines, Walkie Talkies and the coveted 2 Cups with a string between them were phased out eons ago. These devices don’t experience slow signals and there are plenty applications for closed channels the same way a walkie would provide. They also are able to use the Vishtian version of the internet, the INFOSCAPE. They can be purchased in a larger Tablet size which helps for making digital art and keeping notes.Bookmark here

INFOSCAPE: The Vishtian version of the internet. Unlike Earth’s internet however things like social media and video sharing and content creation platforms don’t exist. They did at one point in time, but Vishtian society viewed these things as distractions and as unnecessary. They were eliminated as such. The INFOSCAPE now is primarily for information and learning, business, and News sharing. Movie and Series streaming still exists and this tech is still used to store and update these services, but a separate accessory must be purchased to use them.Bookmark here

CARS: Directly translated from the English term. These are vehicles that are fueled by minerals and not the conventional fossil fuel. They’re much better for the environment than the ones back on Earth. They also have flying cars, but these are highly expensive and highly regulated due to the dangerous nature of letting your average citizen drive them. These ones require a special license and are only used in larger cities.Bookmark here

Swift Bots: Cleaning robots used in both places of work, and on city streets.Bookmark here

Universal Government: The Universal Government (UG for short) is Vishtian run but all inclusive. Basically the United Nations. It delegates all the species on its planet and helps the governments of other planets delegate theirs as well as offers military protection.
Bookmark here

…what were you expecting more etc.? Maybe later… 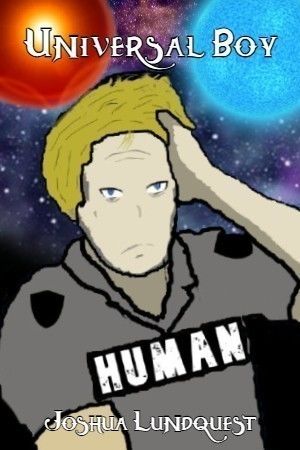