As the man in a black coat faded into the abyss, he expressed these words.Bookmark here

“What do you mean? please tell me, finish what you’re saying, I have to know!” Replied Yamada with a speck of fear.Bookmark here

Suddenly, Yamada Evergreen jumped from his mattress. Instead of checking the time to go to his interview, he looked at his pants.Bookmark here

Again, from his unexplainable dream, he had wet himself. Yamada was mildly infuriated, he reached his 34th year since his birth the other day and he still would wet himself from these weird dreams. He went to wash himself and change till he finally checked the time.Bookmark here

Yamada subconsciously screamed, his heart was pounding heavily and he rushed to pack up his stuff. His 15th job interview this week was scheduled for 8:30 on the dot and now he was half an hour late. Yamada raced to his car, and placed in his papers for the interview.Bookmark here

He tried to start the engine up but it didn’t turn on. He checked the engine for any damages and there he saw the egg nog.Bookmark here

“Those stupid kids!” shouted Yamada trying to clean up the goo with tissues and replacing it with some oil.Bookmark here

Yamada knew it had to be those kids down the street, he somehow managed to get the engine up and started, then went on his way to the interview.Bookmark here

Yamada Evergreen had been discriminated against since his childhood days because of his half Japanese, half Australian blood. His Australian dad had met his Japanese mum in a flight to Japan 40 years ago and ended up getting married and giving birth to him. People didn’t like him since they thought his foreign blood misrepresented his Japanese persona (which made no sense in his head neither any logical person’s head).Bookmark here

Yamada reached the workplace with a penguin suit on and slapped himself to get rid of his nervousness while praying not to get disadvantaged for his late arrival. Bookmark here

“Good morning” said Yamada with an embarrassed tone to an employee.Bookmark here

“Good morning to you, nice costume, it looks great” replied the man. Yamada had applied to be the mascot of some popular restaurant a few kilometres down where he lives.Bookmark here

As Yamada went in the back of the restaurant to the staff management room, he saw a pretty girl with a moustache. Yamada almost threw up seeing this horrendous sight. He then looked closely and saw that the employees were laughing about the moustache and realised it was a small sticker with realistic detail. Yamada felt stupid which lead to him bringing down his confidence leading him to get more nervous resulting in him stuttering during the interview.Bookmark here

Miraculously, Yamada got the job and was proud to get a living with at least the minimum wage.Bookmark here

People always told him that his good half Japanese, half Australian looks would help him in life although that never seemed to work out. His getting-the-job rates never changed and he was practically a NEET for a couple of months after getting fired for hooking up with the his ex-manager’s niece. Yamada was known as a womaniser since he utilised his looks to get girls. He was never proud of it although he stupidly played with girls a lot.Bookmark here

Yamada knew he had to take his life seriously after that NEET period and started studying properly in finding jobs, he never succeeded in getting the jobs he needed so he finally tried the easy-to-get job which no one wanted which was the green afro penguin mascot of the restaurant.Bookmark here

Yamada found his life getting boring and endlessly going around in a void of nothingness and so he started buying lottery tickets in big amounts. He got married to that funky girl with the sticker moustache joke after dating for months and won the lottery 2 years later. Yamada soon retired and travelled with his wife, Abigail Ulyana and his life is going amazing in present.Bookmark here

In truth, all of this was a big fat stinkin’ lie. This fake identification and biography was written by government spies who had eyed him for suspicion of major scams of big companies with drugs and being a world-class confidence man. High end narcs were soiled to the case and he was spied on by the government. Yamada knew all of this was happening and grew all of it into a big lie. Since the moment he found out about the spies, he secretly informed his team about it and until the narcs had put him off the case, he would act like a ‘normal’ person. The government saw that there were payment traces in Yamada’s bank account (which he mistakenly used) from the cons and put him on the case in top secret information reports.Bookmark here

Finally, after 2 and a half years of this worthless acting, Yamada went back into hiding. He had a base in which was hidden under the White House in America. He travelled to the spot with his fake identifications and reached the door hidden with random bushes.Bookmark here

“Took you long enough” said a Middle Eastern girl with long eyelashes and white hair as she kissed him on the cheek.Bookmark here

“Yeah, it’s only been around three years, Abby”Bookmark here

Expressed Yamada with a tired and sarcastic tone.Bookmark here

For some reason, Yamada didn’t give fake names for most of his identities unless he had to, so here he was, the real Yamada Evergreen and his real wife, Abigail Ulyana with their real secret team.Bookmark here

From this point on, Yamada Evergreen had to really take precautions and care in his ‘crimes’. Yamada’s team in which they were cheesy enough to call themselves “life changers” would only target big companies which hurt many people and stole their money or ruined their lives with drugs. The life changers made full operations and plans in taking over bad peoples’ huge scams and rewarding themselves with the money off of their targets.Bookmark here 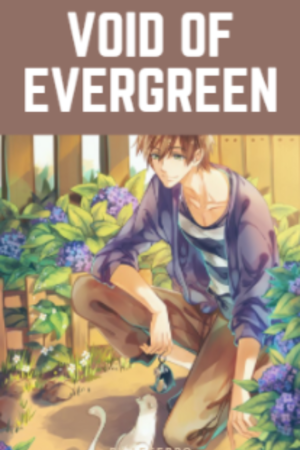