Interlude: A Boring Trip Back

Much the same way she had been most of her life. Not in the sense of there not being other people present, but in the sense that she had trouble bringing herself to truly care deeply for them. Bookmark here

Everyone had always wanted something more of her. Anything but what Alena herself wanted. Bookmark here

And then she met someone free from that framework. Someone who she at least could have had a genuine chance of things going well with. Bookmark here

Someone that now was elsewhere. Bookmark here

What would happen to Alena once she got back? Bookmark here

She had snuck away without permission, rushed through things as much as humanly possible in the hopes no one would find out or dare to question her about what she was doing before she had already left. Bookmark here

If she had managed to accomplish her mission, it would all have been fine. That was the way she usually did things. As long as the outcome was favourable for everyone involved, why would anyone ever care about some small details such as if you bothered to ask for permission or not first? Especially if the rest of your life was suffocating enough anyway…Bookmark here

The journey back was quiet. Elodia was also there, but didn’t put any effort into making conversation. Alena didn’t have any motivation to try either. Bookmark here

With that she was left with precious little to occupy the time. Bookmark here

Just sitting there was boring. Monotone. If anyone else had been there she’d have tried to mess with them. If there had been anyone that didn’t already know what she could do. That was the thing with illusions. People that knew you could make them also wouldn’t get fooled. In particular if you only could make a grand total of two different kinds of illusions, along with a few different versions of each. Bookmark here

Variety was not Alena’s strongest suit. Not yet. If she kept making her illusions, it eventually would be. Someday.Bookmark here

Until then Alena was condemned to just sitting in the carriage back, shifting around a bit every now and then, annoying her one and only co-passenger with her stubborn refusal to sit still. Bookmark here

There weren’t any windows. The only thing connecting them to the outside was a currently closed door at the back. Bookmark here

Nothing of interest. Nothing worth spending more than a few seconds thinking about. Nothing remotely exciting. Bookmark here

Nothing but her own shadow to look at. Bookmark here

Shadows could be kind of interesting, though. Bookmark here

For one thing, most people couldn’t accurately picture what their shadow would look like in any given situation. Bookmark here

The shadow was one of the hardest parts to get right of any illusion. It wasn’t something most people thought of in their everyday lives. Why would they? It didn’t really matter. Not unless you needed to accurately recreate one, and how many people were willing to spend the time practicing magic for that? Bookmark here

But if you wanted to create an illusion people wouldn’t immediately find subtly off in all the wrong ways? Bookmark here

That required paying attention. Memorizing all kinds of insignificant details nobody reasonable would ever bother with, being able to recall them at a moment’s notice, and consistently maintain that image.Bookmark here

The mental strain it took was not to be trifled with. Bookmark here

Alena’s lack of skill at remembering faces only served to make the whole ordeal even more difficult. What she couldn’t remember, she couldn’t accurately replicate. Which meant the best the princess could do was to get as close as possible with the face, and make sure any other part of her illusions were perfectly immaculate. Bookmark here

Of course, all of that had just been at first. Before she had practiced enough. Once she had… Somehow the illusions kind of just started fixing any smaller issues on their own, in particular if they were depicting something Alena was particularly fond of. It was how she had been able to create one of Maria that had been convincing enough for what she had needed it to accomplish so soon after meeting her.Bookmark here

But the illusions depicting Alena herself were different. Bookmark here

She needed to pay attention to every detail when she made one of those. Perhaps they were an exception, or maybe Alena just wasn’t fond enough of herself for her magic to fill in the gaps.Bookmark here

That meant Alena was, by necessity, intimately familiar with how every part of her was supposed to look. Bookmark here

One of those parts was her own shadow. Bookmark here

It was precisely that familiarity that let the princess realise that something was off far before most other people would have. She couldn’t tell in detail, but she could say that something didn’t look quite right. Bookmark here

That she already was on the lookout for something wrong was in turn why Alena managed to notice the subtle pain in her foot as fast as she did. She immediately retracted both of her feet from where she had been dangling them in front of her, curling up where she sat. Bookmark here

There was blood on one foot. A small cut accompanied it, almost as if she had been stabbed. It wasn’t deep. Perhaps it was because she had reacted so quickly, but it was far more shallow than she would have expected from the initial sharp burst of pain. Bookmark here

Alena grimaced as her eyes darted around, searching the inside of the wagon. What did she cut herself on? Just a piece of protruding wood? Something else sharp someone had dropped on the floor at some point and that had been left lying there? Bookmark here

There wasn’t anything visibly sharp on the floor, and the wooden floor itself looked rather smooth. Had Alena somehow managed to hit upon the one small spot where there was anything remotely sharp? Something so small she couldn’t see it… Bookmark here

Either way, being barefoot clearly came with its own share of dangers. If Alena hadn’t been, her foot also wouldn’t have been hurting or have a tiny drop of blood running down it. Bookmark here

Three whole days walking around barefoot before that, and somehow she hadn’t suffered any such accidents the whole time...Bookmark here

Wasn’t that kind of suspicious in its own right?Bookmark here

What if it hadn’t been an accident? Bookmark here

If there existed some sort of magic that could do that? Bookmark here

Was that being too paranoid?Bookmark here 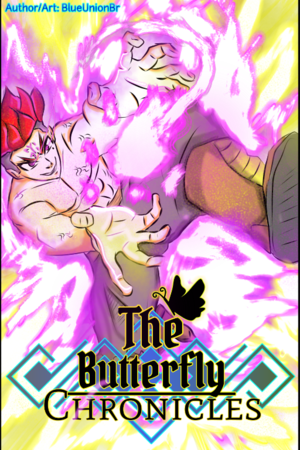 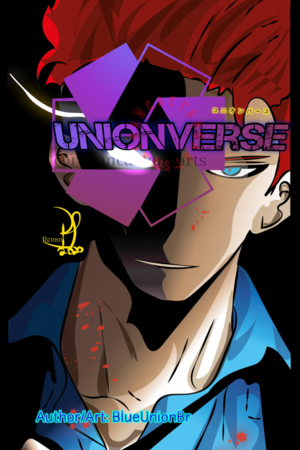