It was a rather odd constellation. Leaving the house in a small group like that - without Blake or Astaroth felt weird. Sure, it had been a coordinated effort to give the other two some time alone, but it felt still… weird for Drake. They knew it wasn't Snow whose presence bothered them. It was Ciana's. Bookmark here

It was this odd sense of familiarity they couldn't quite place. Her demeanour had changed since their fight - her posture was straighter, her steps more determined. But what had stayed was her smell that has always been oddly familiar. Bookmark here

Usually, Drake just ignored it - but without further distraction, it was noticeably harder. Bookmark here

“I wonder if today it will be possible for us to enjoy the Ferris Wheel,” Snow pondered out loud, “Even though it would be a little bit unfair towards Astaroth.”Bookmark here

Drake just shrugged. “It was their wish to be alone today. Can’t be angry with everyone else for doing something fun.” Bookmark here

“Oh, then you agree it would be fun?” Snow beamed at them.Bookmark here

Taken aback Drake averted their gaze. “No! That’s not what I meant and you know it!”Bookmark here

“Oh…” She paused. “Do I know that?”Bookmark here

Ciana just sighed deeply. Watching these two was painful in more than just one way and every single one was unique in its own merit.Bookmark here

“Well - yes?!” Despite the confidence in their posture, there was a clear confusion mixed into their voice.Bookmark here

"Sending mixed signals there, bud." Ciana shrugged while taking a look at her phone. It wasn't like she expected someone's message or anything. Just a habit. At some point during her life between Mortals she had picked up quite some of their traits, smartphone usage was one of them.Bookmark here

"It is quite cold," Snow noted while taking down a seat at the bus-station.Bookmark here

For a short moment, Ciana considered pointing out the irony of someone named Snow complaining about the cold, but she decided against it. Mainly because she probably wouldn't understand it. She glanced at Drake, before deciding to go down another road. "You know, you have a perfectly well-functioning dragon right next to you who could just be your heater."Bookmark here

"I am not a heater," they said but still moved over to Snow and took up the spot next to her.Bookmark here

It wasn't too surprising for Ciana. After all, cats weren't particularly well known for liking the cold and since she was almost sure Drake was one before ending up as a demon...Bookmark here

She averted her gaze. Upon their first meeting, she had ignored the possibility and the similarities to the little feline creature she used to know. But after spending more time with them and seeing them transform into a cat from time to time said doubts had vanished. The idea that the first friend she found in the Mortal Realm ending up as a demon hurt. But not as much as the fact that she had buried the cat herself. After all, those animals didn't have a lifespan as long as Valkyries, so it had been inevitable. Bookmark here

The demon didn't seem to remember their past life and she couldn't decide whether or not she was happy about that. She couldn't even tell where said confusion came from - after all she could clearly tell that she wouldn't benefit in any way by them remembering. It would probably just end with them making fun of Ciana's younger self and that... was something she could live without, thank you very much.Bookmark here

Honestly, there was only one reason she did even consider telling them. She wanted to know what in every God's name a cat could do, to end up as a demon?Bookmark here

The market hadn't changed since their last visit, much to Snow's delight, which she made known verbally.Bookmark here

"What were you expecting?" Ciana raised an eyebrow and crossed her arms in front of her chest. "They won't change anything about that until they disassemble it in a week or so."Bookmark here

"Well-" She looked around, averting her gaze, seemingly looking for the right words. "It is the Mortal Realm is it not? Things do change so fast here. And I mean... It has to, has it not? After all, Mortals do not live for long so if they want to see and experience a lot of things, they have to change their world very fast!"Bookmark here

Dumbfounded Ciana stared at her. That was a somewhat logical explanation (although it was based on a few misconceptions). She hadn't expected that. "Uh... Kind of... But... Mortals aren't like that."Bookmark here

One of Drake's ears twitched and perked up. "They're not?"Bookmark here

You used to be one. You should know. Instead of saying her thoughts out loud, she shrugged. "Mortals kind of do the same every day. They're happier that way. Most of them don't see much of this world and just spent all of their time in the same spot. It's just... When you actually have to do things like eating or sleeping you have to work. And that is easier if you stay in one place."Bookmark here

The entities looked at her as if she had just asked for the square root of 144.Bookmark here

And so she sighed and tried to put it into other words. "Mortals... Kind of manage to live a very monotone and slow life in a super-fast world."Bookmark here

“I’d rather say truly stupid.” Drake shrugged while looking at a snow globe displayed at one of the booths. “Why not explore the world you live in?”Bookmark here

Ciana could feel one of her eyebrows twitching. “I don’t know, you’re the one who insisted on taking sixteen hour-long naps.” The words had left her lips faster than she could manage to stop them leaving a rather confused Drake.Bookmark here

They raised an eyebrow. “What are you even talking about?”Bookmark here

“Nothing.” She pretended to look at some dog currently running around its owner in excited circles so she didn’t have to pay attention to the demon. That was the confirmation she had been looking for - they didn’t remember. That should be a calming realization but it wasn’t. Somehow it stung. She should have stayed away from the whole group. Getting involved with demons was never a good idea. She knew that. Yet, the idea of pushing either of them away right now felt ludicrous to her. It would be… just plain wrong. There might be a lot to unpack here but Ciana wasn't ready for that, yet. It was just like Snow had said - she had all the time in the world to figure out everything she needed to.Bookmark here

"Oh, look!" Snow's exclamation redirected her attention back to the present. She stood in front of a booth selling Christmas-themed items for pets. "This one's appearance is very similar to the one I used for the incantation." She held up a collar with a bell one would put on their cat.Bookmark here

"Yes! It had been a gift from my father," she explained further.Bookmark here

With a sceptical look on their face, they took it from Snow's hands. "I don't really see how that thing helped you call me." Bookmark here

Putting up a mask of indifference Ciana crossed her arms in front of her chest and shrugged. "Maybe you were a cat in your past life." Filled with nervousness she wouldn’t show on the outside she observed Drake closely, looking for any clue in regards to how much they remembered. Her statement had been quite bold - so it might have triggered something?Bookmark here

With a stern expression on their face, the demon looked at her and answered in a serious, monotone manner: "I was a dragon. Rawr."Bookmark here

The relaxation was immediate. Ciana looked up to their cat ears, ignoring the nagging feeling, telling her 'I screwed this up'. Still, despite the guilt, she couldn't help but smile. "Sure."
Bookmark here 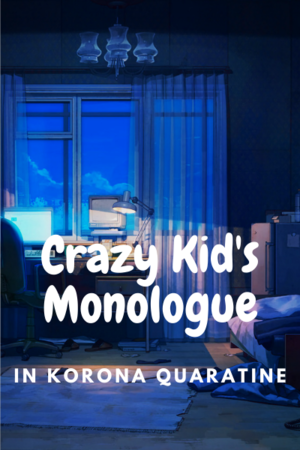