Birds were singing and disrupting Blake's sleep. In annoyance, he groaned and buried his face in his pillow. And by 'pillow' he meant Astaroth. The demon was more than happy to oblige with more bodily contact and hugged him closer.Bookmark here

It was still something Blake would have to get used to. This amount of warmth and closure was something he hadn't realized to be amiss. But it always had been. A smile found its way onto his face and this time he didn't even try to stop it.Bookmark here

He could hear the demon smiling as well. That also meant he couldn't lift his face and show his own - his pride said so. Instead, he just grumbled a little bit.Bookmark here

“You know, we have to get up eventually, right?” Astaroth chuckled lightly while combing through Blake’s hair.Bookmark here

“Yes, but no. Shut it.” Lazily he grabbed a pillow and hit the demon with it. Bookmark here

Before Blake realized what was happening, Astaroth had already left the bed and picked him up. “Come on, we wanted to go to the beach!”Bookmark here

He could feel the blood rushing to his face. “Ok, but no- We are not doing this! Let me down!” The struggle was futile, he knew that, but in his endless mercy, Astaroth complied.Bookmark here

“Thank you,” he sighed while adjusting his pajamas and then grabbing his glasses. The demon truly was a nuisance. (One he wouldn't want to be without but that was an issue for another day.) Why did Snow even want to go to the beach this badly? It was still March and cold outside. Spring hadn't even started officially. That was only due tomorrow. "I'll just… I need some breakfast." And coffee. Loads of coffee.

Blake watched her while drinking his second cup of coffee. It was truly somehow interesting to watch how she threw every item she seemed necessary into the bag she was preparing. Bookmark here

"Did she just put in sunscreen?" Ciana next to him tilted her head.Bookmark here

"Yes." He took another sip of his drink. "I am pretty sure it will be cloudy until the evening."Bookmark here

"You know you can't stop neither her nor Astaroth from going into the water, right?"Bookmark here

Blake shrugged. "If Snow gets sick that's your problem. I'll leave that aaaall to you." A small smile was on his lips.Bookmark here

"Try a little bit harder and I might actually believe your 'I don't care'-attitude." Bookmark here

Astaroth flew up to the two of them from behind. "Hey, Ciana." They held up Blake's phone. "Tomorrow is your birthday, right?"Bookmark here

"Yes." She put hand to her chin and looked at Blake as if she was studying him. "You saved it in your calendar?" Bookmark here

The human shrugged, ignoring the slight pink on his cheeks. "I just don't like forgetting things."Bookmark here

The change in topics seemed to have attracted Snow's attention. "Your birthday is tomorrow?!" Somehow she had managed to almost teleport up to Ciana. Bookmark here

Taken aback she raised her hands. "Yes. The 20th of March."Bookmark here

"Ouw… I kinda wished it was today…" Snow mumbled and sunk her head.Bookmark here

"We could just… postpone the trip until tomorrow?" Ciana suggestedBookmark here

Immediately the girl looked up again, straight into the other's face. "No! We will go today! And tomorrow you shall do whatever you want to do! You will have cake and fun an lots of laughter!" The determination in Snow's eyes was unrivaled. Bookmark here

"Okay, okay! You can relax!"Bookmark here

Astaroth had a dreamy look on their face. "I also want to have a birthday…" they mumbled.Bookmark here

"But that was last month! It'll take forever to roll around again!" The demon held their head, before realising something else. "Wait, why would that be my birthday?"Bookmark here

"Or because you are just a lovely person!" Snow smiled, rivaling the sun itself in terms of radiating light. Bookmark here

Blake made a puking sound. "That is just cheesy." He rolled his eyes. But also true, he thought but would never say it out loud. "Now get the things for the trip ready, you were busy packing, right?"
Bookmark here

The one benefit to visiting the beach around this time of the year was the fact that it was empty. Only a few people were here and most of them didn't stay long. Blake admitted that you had to be somewhat crazy to just do a picnic at the beach like this. The wind was rather cold and unpleasant, making it a rather tedious task to spread out the blanket he brought along. Bookmark here

Snow just sat down in the cold sand, looking at the ocean. “I can not believe we actually made it. Thank you.” A smile formed on her lips. Bookmark here

With a shrug Blake stopped fumbling with his blanket for a moment. “Sure.” He didn't even question what reason there should be to not make it.Bookmark here

“It’s still pretty fresh out here,” Ciana noted while rubbing her upper arms, “Icecream wouldn’t be a good idea.” It had been something Snow had suggested earlier. Bookmark here

“Drake can keep us warm!”, Astaroth mentioned, with a big grin on their face.Bookmark here

"That is a good idea!" Snow smiled. "It is something you do while you visit the beach, is it not?"Bookmark here

"Not in March…," Ciana noted, "I highly doubt we will even find someone who sells ice-cream here." Bookmark here

A light chuckle escaped Snow. "Yeah… That is… true, I suppose…" For a short moment, there was an almost sad expression on her face, but it was gone as quickly as it had come. "Well, in that case I want to at least collect some seashells!"Bookmark here

"Oh, yes! I always wanted to do that!" Astaroth chimed in. Before anyone could stop them they were already gone looking for shells.Bookmark here

Blake had a vague feeling that the two of them would collect every seashell in a radius of two kilometres.Bookmark here

And he was right. Their collection was quite impressive, filling three bags, he hadn't realized Snow had brought along until she had presented them as a container for their loot. A part of Blake was worried it might only be a break as the two collectors sat down in the sand and showed off each piece individually. However, he was wrong in that regard. Bookmark here

"We should definitely go into the water!" This time it was Astaroth who made the suggestion. Bookmark here

"Make sure you don't get a cold." Blake just returned his attention back to the book he was reading.Bookmark here

Snow tilted her head. "You don't want to tag along?" Bookmark here

The human's thoughts wandered back to the last time he had caught a cold. "...No. I'll pass."Bookmark here

Ciana, however, stood up and stretched herself. “I’ll join you.”Bookmark here

“Make sure, you don’t get a cold,” Drake repeated Blake’s earlier words but directed at Ciana this time.Bookmark here

“You’re also staying here?” The other demon tilted their head and had a questioning look on their face. Bookmark here

They shrugged. “I am not a big fan of water.”Bookmark here

“Oh. Right.” Astaroth poked one of their cat ears.Bookmark here

A unique combination of a hiss and a growl was Drake's immediate answer. “Stop that!”Bookmark here

"Yes, we have urgent business to carry out!" Filled with determination Snow jumped to her feet, just to lose her balance right away. Bookmark here

Ciana grabbed her shoulder before she could fall. "Easy there, we have a lot of time."Bookmark here

"Might be the case, but no matter how much time you have you should live every day as if it was the last!" Snow's excitement was its own kind of mystery. In hindsight, Blake wished it had stayed that way.Bookmark here

It only took a few steps for Snow to stumble again. Immidetaly Drake was at her side and caught her before she could fall. "Maybe we should go home," they said, "You're obviously tired."Bookmark here

"No!" Snow's answer came too fast to not raise any suspicions. She also noticed the four pairs of eyes resting upon her. "I…" Averting her gaze she grabbed one of her wrists with the other hand. "I want to stay a little bit longer. Please. Let us not go until sunrise." As she noticed the confused looks she was getting, she continued her explanation. "I wanna see it! Here on the beach! With all of you." She smiled, even though it seemed not as genuine as usual. "So please… I want to stay."Bookmark here

Blake just groaned and grabbed his head. "Is this another trap? Please don't tell me it is."Bookmark here

"Why would it be?" Astaroth wondered.Bookmark here

"Because she is the only one here who has yet to attack us," he remembered the demon. Bookmark here

"Ah!" Hastily Snow waved her hands. "It is nothing like that! I promise!"Bookmark here

"It's better not…" Blake grumbled. Even though he couldn't imagine what an attack from Snow would even look like. What would she even do? Hug people until they drop dead from dehydration? Scratch that, she would definitely do that. Maybe not on purpose, but she would.Bookmark here

It wasn't until an hour later that Snow left the water. The sun had already set, leaving only a few sunrays It wasn't noticeable at first but as soon as there was no water around her to support her it became clear: she tumbled. The way she walked was wobbly, kind of as if she hadn’t slept at night and now tried to run a marathon.Bookmark here

Astaroth caught her, lifting her up as if she weighed nothing. “Maybe we should really go home…” they mumbled as they set her down near the spot where Blake was sitting.Bookmark here

“No!” Immediately there was a deep sense of desperation in her voice. The same one would feel while drowning and clinging to a lifebuoy.Bookmark here

Drake placed themselves behind her so she had someone to lean on and wouldn’t fall into the sand in the worst-case scenario. “Why do you want to stay here so badly?”Bookmark here

“I told you… the sunrise…”Bookmark here

"Look" Ciana crossed her arms. She had a bad feeling about all of this. "There will be many more, we can just come back another day and-"Bookmark here

Snow sighed, in an uncharacteristic resignation. She combed back her hair, and put up an apologetic smile, as she looked up into Ciana's face. "There will be no more." She averted her gaze, seemingly looking for something else to focus on. Something that wasn't the face of one of her friends. Eventually, she just closed her eyes, taking a deep breath. "Not for me."Bookmark here 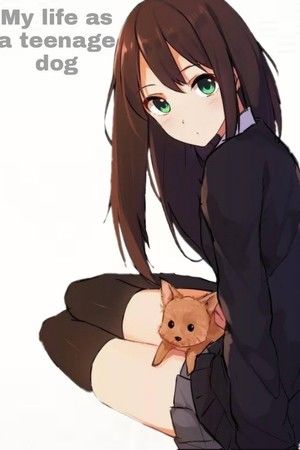