Weeks would pass and I would get settled into a new life of routines. I would remain the icon for 11 Kingdoms and make several appearances. I even maintained my title in the game as Noiox’s princess although most duties of Onyx tower’s server were in the hands of the building's new leader Moses. Who while a bit flustered at his new work fits well as his large form causes few to go against his calls? Bookmark here

However, how long the celebration for Moses's promotion was dwarfed with the news of Masaru's suicide, it was as I feared when I last saw the great visionary. The damage of the accident and the viral attack he took very personally to his soul and he couldn't take the stress any longer. The company, however, would cover it up and claim it was over health reasons that he chose to leave the world in this way. Bookmark here

Gavin would be the first to leave our group. But he did it as a major surprise as he went to join the games head team of designers now led by Ushio otherwise known as Ayamo. They made this choice known to us in a strange way when they announced their engagement to each other. As it turned out the two while having difficulty talking with others found a kinsmanship and it grew from there. Of course, Kieko otherwise known as Emi took on the responsibilities of the spokesperson for the development team and she often joined me in public appearances and tours of the advancements made on the game. Bookmark here

Min Gang and the rest of the Grand Heroes would go on acting as if nothing earthshaking even happened. Though he did watch his words when challenging me to any more fights and even was a bit more respectful to women now that his ego was bruised. Kylie remained the quiet mystery. While Malok reached the rank of the fourth most powerful player in the game and is working to outrank the remaining top three of us. Cassandra and I would get together from time to time. I came to learn in her free time she has taken to studying medicine to be better prepared should something like last time occur again. Bookmark here

Alex was offered a higher position in Black Clover but shocked us all by turning it down. He stated there was only one target he had set in his mind to go for. Unfortunately for me, that was to become Fawn's husband. Though I can't help but admit the more time the two of us spend together I do feel a little more comfortable around him, than in the times when the two of us are separated. I, however, made the mistake of telling him that once. He did ask the company to transfer his living quarters to be next to mine. Despite the awkward nature of his pursuits, our relationship outside of the game as well, I am warming to the concept of staying with him more these days. Bookmark here

I didn't even get to have Thanksgiving with my folks. But a month later they did finally come to see the new me for Christmas and I truly hope one day that my rift between them be it formed from the accident or the tension before then, can finally heal. It is finally the time to put our trivial reasons behind us and be together as a family again. Bookmark here

Melissa would be the second person to leave our group, only unlike Gavin she wasn't going to stay with the company. "It's been a rough year on me Fawn. I am sorry but I just can't stay here. With Rick gone, now Masaru and what happened to you, I don’t know how you can stand to keep working here.”Bookmark here

I hug my once neighbor and always a friend. "It's no longer just my life at play here Melissa, I have my people to look after. What about you what will you do?” Bookmark here

"I got a little piece of land that my husband had in his name. I think I will go join the producers back in Texas and help feed the world. God, it has to be less stressful than this place." I watch as a tear falls on her cheek. Bookmark here

"You're wasting tears!" I say.Bookmark here

“No just sharing them. Since you can’t cry anymore in this world, it’s the least I can do for you.” She smiles and laughs a few more tears follow. Bookmark here

"You can abandon the company but I will have some choice words if you don't hop on the game and keep in touch!" I state shaking my fist jokingly in the air at her. Bookmark here

“I wouldn’t dare defy an order from my lord.” She bows and leaves me standing alone in my thoughts at all that was lost. Bookmark here

Later that night I would be joined in the game by Jilland, and Silvy, in a large field outside of the former Dark city. I had kept my word and made the two of them the official travel party of Fawn in the game, as we establish the group simply known as Fawn’s Knightly Order. I look over the field as I close my eyes and concentrate on the image in my mind. As I open them, I watch the world move slow as miles of white stones rise from the earth each bearing the name of those that have paid the ultimate price in the past year. I look on at the front grave markers reading the names. Bookmark here

“Sando Bula, aka… Tul. Lily Mathers. Karen Mathers. Kinchrou Masaru. Charles Thick. Martin Thick, aka Dark Mistress. These are my scars to bear from now on.” I partially enjoy the tears I let fall as I read the names. Bookmark here

"It's a fitting reminder of them Fawn!" Jilland reassures me. Bookmark here

“But why remember Martin. I mean it’s his entire fault that this all happened in the first place.” Silvy sharply replies.Bookmark here

"No, he was as much a victim of it as anyone, only it was the poison in his mind that turned him into the monster that threatened us all.” Jilland tries to explain. Bookmark here

“He was right. We were the same. He just couldn’t hear it.” I say. Bookmark here

“When he and I first came here outside our bodies we took the steps of being the first humans on an alien world. Only unlike how anyone would have thought it wasn't a world out somewhere in space. No, it was a world within. And in this world, there is only one thing one can listen to. The voice of the soul. The voice of one’s humanity.” Bookmark here 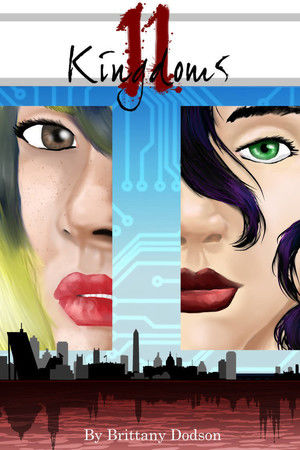