They’re here again, the monsters behind the masks, their heavy footsteps making the wooden stairs above us creak. It signals their arrival, sending shivers down our spines. I look to my cell neighbor and only friend for comfort, but he’s just as terrified, if not more. His shackles were shaking alongside the others as the metal door slides open to reveal two monsters who stunk of blood and death. The monsters wore strange outfits, large plastic bags with gloves, and masks covering their mouths and noses. But it was their eyes that scared us, those glowing red eyes that were the only thing any of us could see in the darkness. Bookmark here

“Bath time!” one of them yelled. No, not bath time! We all hated it, the cold water, the painful steel against the flesh. The worst one of all, they didn’t want us to scream during the ‘test.’ They walked down the narrow walkway, their eyes gazing at us through the gaps in our bars. So I did what I do every Test Day, hid in the corner underneath my blanket or last week’s clothes to avoid being chosen. They started listing off numbers 10220, 13450, 22453, and etcetera. They were getting closer; I could tell by my neighbors sobbing and praying for them to choose someone else. I would join him, but I’ve lost track of the times that've failed. One of them then stops at my cage, and I freeze. I could feel them, their red eyes looking at me through the moth-eaten holes in the fabric. They began to move closer to me; he stank of blood seeping through the bars and filling my nostrils. It was so pungent and revolting. I wanted to vomit what little remained in my stomach. Bookmark here

“Hey!” yelled my neighbor. My body froze, as did our captors; they turned in his direction and slowly approached him. I shut my eyes as I heard him loudly spit at them with what little saliva he could muster. All I heard next was the roar of a beast and my neighbors screaming before the room went quiet.Bookmark here

“Now, look what you did? These humans aren’t easy to get!” Exclaimed his partner; what followed was the faint sounds of teeth against flesh and crunching bone. It shook me to my core as the familiar scent of blood filled the room, making it even harder to resist vomiting. “Don’t worry; we’ll tell them that one of the lambs died from lack of food. Not like they’ll check anyway. Getting tired of being a delivery boy.” He spat on the floor as the sound of rubber shuffling picked up on my ear as they began to leave the room—the sound of chains jingling as they pulled those chosen out of our prison and into hell itself. I mentally said goodbye; I’ll likely never see any of them ever again. Bookmark here

As the metal door slammed shut, I flopped onto the hard floor and curled up into a ball. My eyes trembled as they tried to force out tears only to fail; I’ve finally run out of tears and hope. My stomach gurgled for food; it wasn’t going to get it, and my mouth screamed for water to quench my long-time thirst. So I laid there and held my hands against my heart as I quivered and thought to myself, a straightforward thought.Bookmark here

“So this is where I die,” I whispered as I resigned myself, ready for death to come and rescue me from this place. “Please. Someone. Anyone. Please. Save me.” I knew it would fall on deaf ears, but I had to try one last time as my eyes began to shut for the last time. Bookmark here

It’s then I felt something hot, scorching even. For the first time in seemingly days, I began to sweat as the bars around me glowed. It was then an explosion erupted from the door, destroying the room and my cage into pieces. As the dust cleared and my vision returned, I felt a small bit of warmth against my face. A tiny ember of fire emerged outside of the barrel of a pistol, the light shining and illuminating what was left hidden in shadows. She was far too tall to be a human, her left arm covered in scars that looked like a maze on her ebony skin. Her white shirt and black pants were stained red. The hand she held her weapon in wore a black fingerless glove while a black paludamentum hid her right side under her large black overcoat. Despite her stinking of death and blood, all I could think of was how powerful she looked to me. Bookmark here

“What are you?” She asked. Her voice was harsh in tone as if she’d already decided on pulling the trigger anyway and ending my pathetic existence of life. I couldn’t say anything really; my body was too weak even before the explosion freed me from my cage. But from seemingly out of nowhere, my mouth moved, and the words came out.Bookmark here

“Please. Save me.” I pleaded, slowly losing consciousness. Her gaze was unmoving, as if my words didn’t reach her. However, I then felt the chill run down my spine as my eyes looked past where she stood. Something began to move underneath the burning rubble from her entrance, those red eyes peaked from the debris, and an aura of menace surged forth. She could sense it, too, her torso spinning around to aim her weapon in its direction. Bookmark here

“Look out!” Where I found the strength to scream is beyond me. But as my cries echoed out, the monster and my torturer lunged from the wreckage; fangs bared open and ready to tear into our flesh. That single second stretched out to what felt like hours as he approached us with his feral red eyes and bone-white skin. I felt my body tremble but not out any sensation of fear. It was something new and foreign to me. It was a sensation that drove me, made my skin run hot, and my vision blur. I wasn’t scared. What I wanted more than anything at that moment was to survive. My vision then abandoned me, as all I could see after that was nothing but pitch black and a burning sensation against my skin. Bookmark here

“Wake up.” whispered a voice in my ears. Bookmark here

“You cannot die here.” spoke the voice once more; it was cold and chilling.  It felt and sounded ancient and dying, hiding behind the red light skin turned ice cold, and all I could make out within the darkness was a strange red dot far off in the distance. It began to glow brighter, my body falling deeper into the shadows as I could feel my muscles tense up in fear. I wasn’t dying, at least I don’t think I was, but my cold embracing my body soon faded away as an incandescent orange flame engulfed me. It warmed my hard body and made me feel, for the first time, alive.Bookmark here 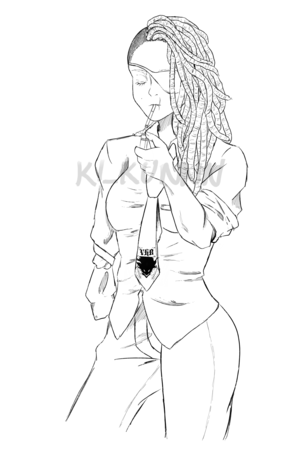