No matter what sounds may have been entering through my ears, I couldn’t hear a single thing.

The world around me had been reduced to complete and utter silence.

I could make out my hands, thrusted out in front of me, and I could feel the force being constantly exerted within them.

I was grabbing something; pressing against it.

But I couldn’t really understand what I was doing.

I couldn’t understand a thing.

It was as if something within my head had snapped completely; rendered no longer useful, and tossed aside in favor of something else on hand.

I was like a broken rubber band at that moment.

And what had taken over in place of me, was my uncontrollable, unbridled rage which not even I could quite understand.

My hands were on a man’s throat. I had to squeeze it as tightly as I could, and press my thumb down on the center of his windpipe with all my might.

There was some reason why I had to stop him from breathing.

Some reason why I needed to take away his air.

It was air that he didn’t deserve to breathe; air that didn’t belong to him.

He was already dead; in another place, in another time, I had already taken his life away for the atrocities that he had committed.

So to do it again; it was only natural, right? He was just a walking corpse, after all.

I was only forcing him to come to terms with his own death.

There were other sensations that I could feel, poking at the back of my mind.

Something else was hitting against me; likely his limbs, in a futile effort to escape my grip.

A pulling sensation came from behind; perhaps another person? Another party?

All I needed to do was take this man’s life from him, like I had already done once before. Then it would all be over.

Everything would be over.

Once the light in this man’s eyes finally went out.

Suddenly, the man ceased to struggle. And I had found myself in a familiar place.

It wasn’t a real place, but a place within my head. Somewhere I went during my darkest hours; in the midst of my most unpleasant thoughts.

I was in the throne room of the Demon Lord.

There he was; a skeletal face, and rotting flesh, but just enough of a neck left for me to hold onto, and continue to squeeze with all of my might.

It wasn’t enough. I had to keep going.

I was in the same position as back then. Kneeling over him, with my hands down toward his body. Had I cried back then? How did I feel, as I struck his heart with holy mythril?

Because right now, all I felt was fear.

The silence was overwhelming. I was losing touch with everything, and that the moment I let go of the villain in front of me, It’d all disappear in an instant.

So that’s why I couldn’t let go.

Because I was holding on to him for my dear life.

A disruptive, high-pitched yell slowly came into my perception, and suddenly the gears in my head began to turn again.

The man in front of me had long passed out, but my hands were still tightly wrapped around his neck with the intent to kill.

I screamed out to myself and jumped back, as a few others began to open their doors to see the spectacle I had made.

Beside me, the girl named Suki was bawling as if she had just lost a loved one.

She seemed to really care about him.

Actually, I was crying too.

The Demon Lord, a.k.a. Hiniku Furukawa, had decided not to press charges on me. He explained to the authorities that he himself provoked me, and of course, would be resigning from his job as a result of bringing one of his students to harm. We both knew the truth of the matter, and of course, the student body seemed to think that I was the one at fault as well.

Apparently, he was a well liked health counselor, and I wasn’t the only one who had gone to him for advice about my mental health. But according to Suki, the faculty didn’t like the way he handled students’ problems, nor the advice that he gave them, so they had been looking for a reason to get him fired from the very beginning.

In fact, she told me many other things about him as well, which helped my understanding of his situation.

The two of them had been together since high school, but apparently Furukawa never wanted to get married or have any children. He told her often that being able to live peacefully with her, as he did, was enough.

There had been much of his past that she also didn’t know, nor did she ask him. Especially in the case of his isekai experience, she had absolutely no clue. But what she understood very clearly was that he knew that he had once done horrible things in the past, which while he didn’t resent himself for them, he figured that it was only natural that others would.

It was something he had expressed to her on many occasions, feeling that their bond could only grow so close before she would eventually have to learn, and eventually have to hate him. So as long as he kept her at an arm’s length, he could be content.

But no matter how many times she tried to tell him, Furukawa failed to understand that she couldn’t care even slightly about his past, and she only fell in love with him more and more every day.

The only reason that Furukawa couldn’t obtain the fulfillment he wanted, was because he himself was too ignorant to realise that he already had it.

It wasn’t a fitting end for the Demon Lord; I still resented him with my entire being, and I still wanted him dead; I doubted that would ever change.

But it was quite appropriate for Hiniku Furukawa, the high school health counselor.

So even if only slightly, I was able to gain a little bit of closure.

Among other things, Furukawa had applied at that school as a health counselor because he wanted to find a safe way to enter my life, as well as hold a proper sanctuary where he could watch over both Hope and I. My entering that school, as well as Hope’s, was all part of his orchestration, allegedly.

So by extension, Kaori; He knew about her from the start as well.

Now that I knew he was the Demon Lord, Suki said that his job was finished, and that he never planned to see me or talk to me again.

“My portion of your story has concluded, and I’ve no intention of being slain by you again. Don’t look for me.”

And his final message to me, which held most everything that I still didn’t understand, resided in the form of a singular book. It was his own journal, that he had been keeping ever since he met Suki.

She was a bit jealous of me, that I was allowed to read it, and she wasn’t. But she gave it to me, nonetheless.

And on the first page, which I read aloud to myself after everything had settled, began with a foreword, written just for me.

“This is just your beginning, Jiro.

“My end, and your beginning.” 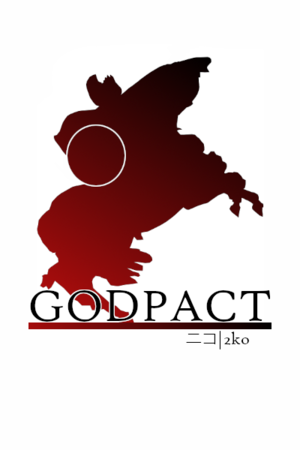