The Son of Apollo

My name is Arch Combland. I'm 12 years old. I lived in New York city. It was summer. I was walking back to my house with my friend, Bill. He moved from Canada 2 years ago. He’s my neighbor. On the way back to my house, Bill said “Arch do you see that?” and pointed at a tree. When I looked at the tree at first glance it was nothing. But when I concentrated, there were three old ladies cutting a thread.

But Bill said “I sense something from them”.

“So what? Maybe they’re smelly”, I replied. “Besides, what we should focus on now is our science project!”, I added. This sentence woke Bill up and

he said “Oh yeah right! I totally forgot about the project!”

“You always forgot everything” I mumbled. He rolled his eyes and walked away. When I caught up with him, he was in front of my house looking into it.

“See you tomorrow! And don’t forget to do the project!” I said and waved goodbye. Bill rolled his eyes (again) and said “I know Arch” then he waved goodbye. When I got back to my house (which is opposite to Bill’s house) I heard mom making cookies “What got into mom’s mind?” I thought because mom never made cookies. I went upstairs to take a shower. When I got back, mom was waiting for me with cookies!!! “ Mom, why did you make cookies?” I asked and she said “ Because tomorrow is your birthday!”

Oh right! He totally forgot about his birthday because he was focusing on his science project. He had dinner, packed his bag, did his project, and went to bed, waiting for the next day and thinking what homework he would get tomorrow before he fell asleep. His dreams were weird. In the dream, he woke up in a place that was very bright. And he saw a man in a king's suit sitting on a throne at the end of the corridore. He said

“Welcome, to the sun’s palace”

“Hello, Arch, you've grown big since I met you last time,” he replied and smiled but did not answer my question. In a moment the entire palace was silent except for the fire that’s still burning. Then I realized who he was,

“Dad?” I asked. He smiled and said

“But why didn’t you come and visit me and mom?”I asked

“I wanted to come visit you but my father Zeus won’t allow it,” he said sadly.

“Then you are Apollo?” I asked. He laughed and said

“Yes, son I think you’ve got your mom’s intelligence”

“ They are surely real my son,” he said. “Now it's time for you to go to school now. Wake up! Arch” he said and his hand burst into flames and I woke up on my bed sweating. 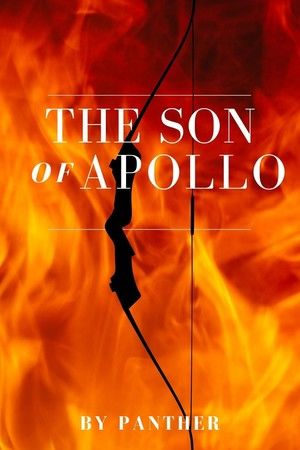 The Son of Apollo