“Soo, how was school today?”Bookmark here

“It was the same, as always, Naomi.”Bookmark here

Ah, my loving sister. Always asking me how my day was even though she received an identical response every time.Bookmark here

I’d just walked into the home in which I executed my mandatory activities for the day, and where I often got greeted by an awe-inspiring sibling one could only wish for. That is, if you wanted to unleash trouble and exasperation upon yourself.Bookmark here

She was the younger sibling by around two years, and had long brown hair that matched her sparkling eyes. She was a rather smart girl, which is what made her so annoying. Simply put, she was another irritation configured to part of my existence. Compared to the ample amount of skills I possessed (a lot), she seemed to be ahead of myself by quite some margin. Even so, she still had much to learn. This she was aware of.Bookmark here

“Have you made any friends yet?”Bookmark here

A silver bullet straight to the heart.Bookmark here

Since we lived together, it was only natural she was heavily knowledgeable about me. Not that I intentionally told her, she just knew. But, it’s not like it was a one-sided clash.Bookmark here

“What makes you think I don’t have any friends?”Bookmark here

“I can just tell. It’s obvious, really. You never seem to be texting or talking on the phone with anyone and you are always here at home sleeping or playing games or whatever it is.”Bookmark here

A persistent one she was, always trying to one-up the older sibling. Consistently trying to ravage my mind with hysteria. Although there was a possibility there was truth to her words, she will never be able to one-up me. That was factual.Bookmark here

She marched up and grabbed the collar of my school uniform, attempting to pull me down to her level. Our faces would’ve been forehead to forehead if she wasn’t so short.Bookmark here

“Are you implying I have no friends? Becoming the vice-captain of the soccer team in my first couple of months at this school already gives my popularity a boost. Just because I don’t go out every day doesn't mean I don’t go out at all, unlike you. And how would you know if I went out or not, you’re asleep seventy percent of the ti--!”Bookmark here

Before she knew it, I broke free from her significantly mediocre collar hold and thrust myself towards her, my arms wrapping around her tightly. She was warm, but her rebuff was fierce.Bookmark here

“Shh, quiet now. You know I’m just messing around, you don’t have to be so serious all the time. Just as long as I have you--”Bookmark here

A sharp pain immediately started to ache in my groin. She figured it out. She deciphered that the only viable way of breaking free from my unstoppable bear hold was to kick me in the spot no man should ever be kicked. I expected nothing less from my sister, the angel of death.Bookmark here

As I lay on the hardwood floor of my home, curled up, almost in tears, the angel spoke again.Bookmark here

“Why are you so weird? Anyway, I’m going to set out the things we’re going to eat for dinner tonight and prepare them. You, on the other hand, are going to be the cook. I don’t know why, but you're a considerably good cook. I guess that makes sense for being completely average at everything else.”Bookmark here

It was an unbelievable occurrence! An incomprehensibly, absolutely unimaginable event! A development so rare that it even made the red ribbon on her school uniform perk up with confoundment.Bookmark here

“Not that you're better than me or anything. It’s just that I have to study for an upcoming test.”Bookmark here

I should’ve expected as much. This is why I never get my hopes up. The thing is, if you never get your hopes up to begin with, then you’ll be less disappointed when the forecasted disappointment eventually comes forth. It’s just something I’ve learned in seventeen years of life. Nothing really ever goes my way, so that's just my natural thinking habit at this point.Bookmark here

“Yeah, that's fine.” Those were the only words I could get out at that point. The slowly fading pain subsequently was a distasteful experience.Bookmark here

After the rough and evidently self-inflicted encounter with my sister, the afternoon soon made its disappearance after we’d eaten dinner. Looking outside of my bedroom window on the 2nd floor, the stars weren’t exactly out and about yet, but the tiring day had to come to an end at some point. With my pajamas on, the lamp’s switch was the only obstacle that remained on this day. I lay down in my bed looking up at the ceiling, wondering what flavor of treat I had coming for me tomorrow. But as I was about to leave this day in the past, a buzzing commotion resonating from my phone on the nightstand beside me, caught my attention.Bookmark here

I sat up in my bed and read the name of the caller ID screen on my phone, “Mom?”Bookmark here

Since neither of my parents lived with us, my sister and I live at our home alone with only each other. The reason we moved to a new school in the first place was because of a business opportunity they decided on moving forward with. Well, that was the main reason anyway. The details of their complete business actions are completely limited, per my knowledge. But, as for the two of them, they operate some kind of international business; and as far as I know, they’re reasonably powerful people. That's just some gossip from what I heard the last time we had a “family” gathering. They’re quite secretive about that stuff so I don’t bother asking them about it. I wouldn't want anyone to be trying to probe unnecessary information out of me, so why would I give in to the hypocrisy?Bookmark here

Nevertheless, one, if not both of them, calls us every Sunday night to check in and see if we need anything and to see if there are any problems. I feel like if they had the chance to actually be with us more, they would, but you gotta do what you gotta do. They know what they're doing. I’m sure they’re doing exquisite in their business ventures.Bookmark here

After the phone vibrated for about three seconds in my hand, I answered, “Hello, Mom?”Bookmark here

“Hello, Kole! I know I called like usual yesterday, but something unusual just happened. An old acquaintance called me asking about you.”Bookmark here

“Uh, what does one of your old friends want with me?”Bookmark here

“Well, ‘friends’ is a questionable term… But anyway, she said you knew who she was. Her name is Laru Sakura.”Bookmark here

I leaned up in my bed from amazement, my sleepy eyes now wide open. I never would have thought a random teacher from this new school would be acquainted with my mother of all people.Bookmark here

“It’s a long story, to say the least. I’ll tell you about it some other time. Anyway, the reason she called was to inform me about your after-school activities. She told me that you’re very resistant in wanting to join a club.”Bookmark here

“Yeah, that’s right. I have no interest in joining a club. But by the sound of it, you oppose the idea?”Bookmark here

“I just thought it was strange how someone I hadn't seen in such a long time decided to inform me about my son’s after-school whereabouts. She is one of the more peculiar people I’ve ever met. I get the feeling you should at least think about what she has to say.”Bookmark here

My mother has probably been close to only a certain degree of people throughout her career. If she is telling me that my homeroom teacher happens to be one of the more "peculiar" people she'd ever met, then I would assume that has some sort of importance.Bookmark here

I don’t know much about the business itself, but I do know that it’s a private corporation, mostly under the radar. Perhaps they were once friends or partners there? Having each other's phone numbers meant they were somewhat close. Possibly they were even acquainted dating back to the collegiate days? Whatever the case was, it undoubtedly wasn’t in my best interest. And based on her attitude at the moment, she did seem as if she had a dubious but humble demeanor about Ms. Sakura. I’d be lying if I said their cryptic connection to one another didn’t interest me. There was a past to be uncovered.Bookmark here

“You too, huh? Well, I guess it doesn’t matter too much now. She’s gonna be mad at me tomorrow anyway. This is hopeless.”Bookmark here

She let off a light, precarious laugh, “Sounds like she hasn’t changed a bit--”Bookmark here

As she spoke, she got cut off by something in her vicinity. I then started hearing a good volume of background noise enter the call.Bookmark here

She continued, “Sorry, Kole. I have to go now. Listen, I’m not ordering your decision, but just remember that Laru Sakura is someone you should get along with. Alright, I have to go now. Love you!” The call ended as she finished her closing remarks, not giving me the option to respond.Bookmark here

With my mom calling me out of the blue and telling me about Ms. Sakura, I was skeptical about whether I should change my mind about the club situation. Normally, once I’ve made up my mind about something, nothing would change it; but, in this scenario, my mentality may have to change. Even my sister is unsuccessful in her mission of changing my mind most of the time. These unusual circumstances will surely bring up problems in my sleeping habits. This entire situation has problems written all over it. Just my luck.Bookmark here 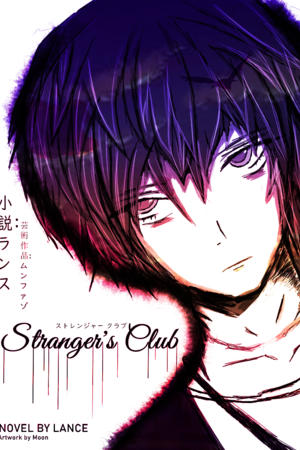