The Son of Apollo 2: Pyro's legacy

Okay, so here’s the deal. Pyro has grown so fast since he hatched last week. Okay my dear reader, you might say that I’m exaggerating because only one week has passed since Pyro hatched. But I’m not.

I have to feed him ten pounds (around 5 kilograms) of meat everyday. And when he was hatched he was the size of a raccoon now he‘s the size of a Great dane. Tempest and Aerial have grown too. Now Tempest is the size of a husky, and for Aerial he’s the size of an eagle. They both don’t eat as much as Pyro alone, I think those two only eat half the food Pyro eats combined. I tried to teach Pyro and Tempest to use their elemental powers too, but the result is that I almost got burned into ashes and almost got blasted away with a tornado. But I think Aerial doesn’t have any powers except for flying and being great at getting rid of ants in my mom’s garden. Bill used Aerial once or twice to get rid of ants in his room too because he is very scared of every kind of insect. Yes, even ants. Talking about Bill, I remembered that he improved his superpower (which is lighting fast) to good use,

which is...making egg toasts! I don’t know why he has done this, but it’s delicious. 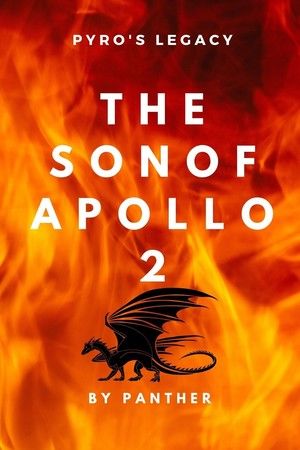 The Son of Apollo 2: Pyro's legacy