The start of the Unionverse tournament

Chapter 1: The great Unionverse tournament the grandstand was full the audience was

excited, had several chairs enfeiradas in the shape of triangle, the arena was huge with its 300 meters radius its composition was made of stones on the walls, at each end had a statue of 20 meters represented the Gods of destruction, this place was rustic but great battles already happened there, much blood and tears were lost in the local quele, but soon the glory rose with the winner, it was a unique event, several fighters went to that place to show their strength, and others to show the fruits of their training, but the goal was the same in the end. Vwax the fight and shows who was the strongest, people were entering more and more were various types of races something immeasurable to imagine, many wanted toenter, it was exactly 7:10 inpoint.
~tsiiii
A high-pitched microphone noise was echoed throughout the arena and the silence hovers over there.
- One, two, three... testing.
- Alo...
- speaks my audience welcome to the multiverse tournament, I Hermes your favorite presenter is back!
The bleachers enter the madness were all excited about the big fight that was coming through there.
Let's start the fights!
- This year will be fucking I want to see blood hehe!
- Oh, I'm going to piss the bathroom, this shit!
It's beautiful. It's beautiful!
Hermes with a seductive look throw roses to the girls.
Hermes- Nice.
- Nyaaaaaa i can not to ahhhh...
- - what a cat that cat!!!
???? Are you a god?
Hermes- Nyaaa hahaha yes YES!
Hermes- Is this animation I want to see from you, are you ready for the duel?
- yes!!!!
- That's what I'm feeling the energy! Nyaaaa hahahaha!
- Now without a long time we're going to start the big arts tournament.
- EHHHHHHHHHHHHHHHHHH!!!!!!
- 1
- 2 -
3
Hermes-Star!!!
~truum
A large gate full of fog opens, slowly and was leaving 6 people.
- Oh this year there's quite a young man.
- Are they strong?
- Now , Let'ssee what's here, Nyaaaa hahaha!
- Guys Today your lives can change for the worse or for the better.
- It just depends if your effort and pay attention to what I'm about to say.
- now a brief explanation Nyaaaa HAHAHA! pop your finger creating a
big screen made of Ki, on that big screen were passinga lot of information,
- pay close attention to their lives depends on it.
- ehhh... ehh...
- The goal of each fight is to defeat your opponent until the death of one, we will not accept withdrawal fight with all of you.
- in case that happens...
an evil smile appears before Hermes'face.
- The fighter will be and killed and his universe and time lines destroyed from existence...
Participants are apprehensive about this.
- Wow this year they changed the rules, before they could go down the choir until they die.
That's it!
- The rules were changed in this year's edition, but don't be sad.
- the tournament winner will receive 1 wish from the super reward dragon balls!
Oh,boy!
Yes yes YES!
- win and I left the donkey tied in the shade!
- Now no stalling! Oh, i was going to get squeeathed you can go with everything.
~tec
Hermes pops her finger again and a barrier made of ki covers the entire part of the arena grandstand.
- The public is protected and now time for the presentation of fighters!
- Starting with him who is again in this edition the wonderful, he!
- AHHHHH! Finally I will be able to see him fight again, in the last edition he almost won.

- Does not care much about what is not food or virtual games, went ashore by chance 50 years and since then has not left her so turning into an urban legend among players Has habit of stealing food using their portals and currently lives on a bus with a idol of kpop
- Noycra! From the demon race!
- Now it seems that this year there are skilled people.
Hell this year he came in, a week ago he did a job for me.
- how wonderful!
- He the love of many lady, who is deluded by his presence, coming from one of the richest and traditional families in the world, he of the Arcosian race!
- is part of a race of conquerors, they often sought full control of some planets of the universe. he is different from the rest, all he seeks is a quiet life away from trouble, no matter how much he avoids them, he never flees when the conflict comes.
He Rice!
- - beautiful rice ahhhh looks at me.
- That nasty rum.
- Um, why are you looking at me with that look?
- coming from Japan still young with his father, seeking better life, after falling in love and take a blow from a Japanese mine he enters a dojo. There he ends up developing special skills that ends up changing his personality. In the dojo he was seen as such a talent of the other surpassing his own master in 2 years of training (his mother is Japanese). he, Mário Ito!!!: Damn how many people, so that's how I made it.
Who is this guy?
- Must be some shaved foot trying his luck.
- he looks so weak.
- - you must not know or fight.
Um what an idiot.
- vindo of a distant and devastated land in search of a better life, he who Had his past marked by his creator, raised as a son put a death to hear of a ki blast and a deadly hatred for arcosians, the same who killed his father Hilda Melbourne!!!
- He André the Android!
- I'm going to win for my family!
- another drug shaved foot.
- - look at these clothes from the swidden like a floor cloth.
- These are excited people!
- Coming from a poor neighborhood eland knows with the streets works, he is a hybrid born on the planet cheese bread, his parents were killed by a being of the race of Arcosianos, so he began his journey to training to avenge his parents, he is one of the strongestin his universe.
He Drake!
- I have to win for help They won't lose for anything.
- Um brotinho.
- What the fuck is this year raining beggars.
- This year promises.
- I have no idea the Diamond family would be watching this year.
- This kid looks like he's been well trained.
- What luxury as luxury!

- He one of the strongest Saiyan’s alive, Well, his story is quite simple, the same does not remember how it stopped on the current planet that is, his survival came on his own, the Saiyan is just there, living his life.
- He Kotatsu
Hum... feel strong opponents.
- this guy promises.
what a lull...
- I bet my chips on him the Rive.
This guy has a presence.
- You have mastery in this tournament I can feel the power of this guy.
- This year promises the variety this immense from rich to poor and middle class, what will happen in this great duel?
- Nyaaa hahaha!
- Oh I'm excited there's every figure in this tournament, except that guy over there he's got to be nauseous.
long step approach Eliser, who bumps them sharply.
- Has few fighters with weapons that's an advantage, Focus Hilda focus!
- Don't worry the ki barrier will gives you to see the battles no matter the speed.
- participants who are not chosen return to the stands.
- Now time for the first fight that will be...
- Andre Vs. Rice!
- This battle will end Rapido.
- Looks like rice wants to end this fight fast.
Take your seats.
~vush The other participants
disappears at high speed.
- COOOOOMECEM!!!!!
FINALLY!
~Vush
André as a wasp shoots toward Rice who swerves from his blow.
- Oh aiming for weaknesses.
- you're very skilled I respect that.
Um, i'm not going to do it.
it was like a blink of an eye Rice was in front of Andrew,in battle pose ready to strike on hisshore, he delivered two blows at high speed, but Andrew swerves quietly with highly balanced steps as if he were a highly experienced conductor, he taking a kick towards Rice's face that attack towards his leg and Andrew intercedes the movement stopping his leg before the blow hitshim, but Rice was highly skilled stopping the movement of hisleg, when Andrew had realized Rice's fist was already toward his head, it was by a close, Andre was quietly quiet.
~vush
When suddenly Andrew disappears.
- hum???
and rice's hand toward Rice's face,seemed to be the final blow when Rice swapped places, jumping forward, causing André to pass straight out of the attack.
André turns slowly with a sharp look with a serious countenance but deep down he was dying to kill Rice and finish the fight quickly.
I magnify that technique of yours.
- I say the same but my Dojo won't lose. 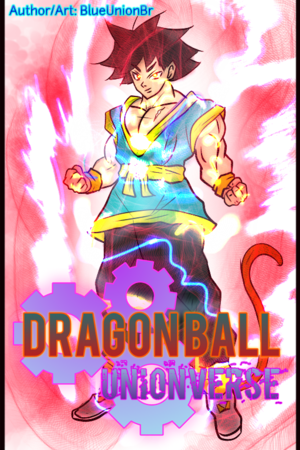