Long ago, I lived on a planet called earth. I was born in the middle of a war , in a place called Pyro, Formally known as Japan. In the grand scheme of things I was fortunate, because i was born as the second son of the commander general of the allied forces, the hero himself, commander Thorgan Usami. Growing up, my brother and i idolized him, in our eyes he could do no wrong, in the people's eyes he was the closest thing to a messiah. Maybe even a God. And then there was my mother, Maria Usami, the strongest woman I'd ever met. All i remember about her was how she took care of us and she smiled all the time.

That is why I could not understand why my father, the hero, the messiah, the God,  would look into her eyes one day, stab her chest and watch her die. He killed her right in front of Kallen and I with no remorse, no love. Even as a child I could tell that this was no God he was a monster. Till this day i remember what he said to me.

" Tenza, I know that you are angry and confused, but before you act, first take Kallen to her room, she will not want to see what happens next"

I was frozen, petrified, angry and confused, I could not move.

"Tenza !! I said take Kallen to her room now"

I could not even look him in the eye, I grabbed kallen and took her to her room and told her not to move. she did not say a word or even shed a tear, her eyes were focused on our mother's lifeless body. Its as if nothing else mattered to her then, she was only seven years old.

I walked up to my father, he did not even look at me with sympathy, he just stared into the distance. I asked him why? He dropped the knife he was holding, knelt down looked in to my eyes as if he was searching for something and said
" you may not understand it now but trust me when I say, this was necessary and what's going to happen next is necessary"

He called killing my mother necessary, I knelt down, looked at my mother laying lifeless on the floor, my feet covered in her blood. I looked at my mother and even in death she had a smile on her face. It was then and only then I shed a tear.
"Tenza ..."
Every time my father said my name...
"Tenza..."
My anger grew...
"Tenza... Maria would hav..."
"DO NOT SAY HER NAME!!!!!!" I shouted.

next thing I knew I was holding a knife through my fathers chest. he's blood, it felt so warm on hand as it dripped to the floor.
"Dad... no no ... I ... I didn't meant too...dad?!" i was sobbing, my hand trembling, my heart racing , my hand still holding the knife that was lodged in my fathers heart.

"Tenza, its okay" my father said as he was gasping for air. he looked at me and smiled. That was the first time I saw my father smile since Kallen was born.

"take care of your sister. things are going to change for both of you, promise me boy, promise to never leave each others side"

"I ... I promise " my eyes were filled with tears that couldn't stop coming out. My mind conflicted, this was the man that killed my mother, but he was also my father.

he reached down and grabbed my shaking hand, he then reached for my other hand the hand that could not let go of the knife that went through his chest. And with his last breath he said to me.

" there is no need to cry Tenza, with that hair and those eyes it is proof that you are one of them. They will come for both you, they will keep you safe "

"go to your Grand fathers grave in High Garden ... wait there with Kallen. They will find you there."  he said as he was slowly losing consciousness

" who? who is coming for us?... " I said while I was frantically trying make him stay awake.

"dad wake up wake up please I didn't mean to do it ... I'm sorry please ..." I cried like never before that day. and since then I've never shed a tear.

I witnessed both my parents die all in one night. I killed my father with my own hands. I was only twelve. I eventually stopped crying and did as my father said. I took kallen and reached for the exit. But as I was about to leave, I noticed my hair, which was once black had turned Gray and my eyes, once brown turned ocean blue. I grabbed kallen tightly and headed for High Garden.

When we arrived I could not let go of kallen's hand, she still hadn't said a word. My brother was fighting in the frontlines, I could not reach him at the time for all I knew he could have been killed. We got to the my grand fathers grave and paid our respects. once we did, a man in all white amour with a mask appeared behind us.

"Tenza Usami, you have awoken. Come with me "

I remember hesitating for a second before I asked " who are-... are you The Gray ?" I couldn't see his face through the mask.

"Yes, and so are you."
he then turned around and began walking away. with a bit of hesitation , we followed him.

The masked man then tapped the side of his mask and a massive space craft appeared in front of my eyes. almost out of nowhere 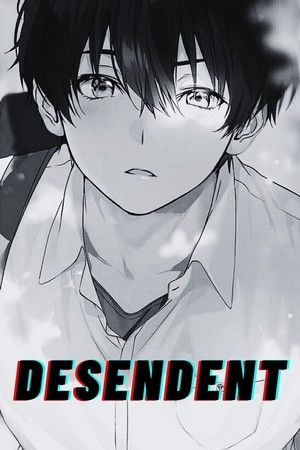