Preparations at the beginning of the final day

In the middle of a place as stressful as a ship heading to battle in a desperate mission, the rescue and defense of a city, nervous soldiers, mechanics checking planes and officers arguing, pilots checking their flight routes. There also is a silhouette that does not fit the environment at all. A woman dressed in white, elegantly dressed, smiling, knows where to go because it seems that she has already been here several times, but the strangest thing is that nobody pays attention to her, as if she were a ghost.

She stops in front of one of the doors that give barracks for the pilots, looks for someone, the only person who is inside because she made sure to have this moment alone with him.Bookmark here

"Good morning Cesar" said the mystery woman.
"You better get ready immediately, soon they will make a call for your team. We will need you there" She added as she closed the door she just used. She was talking to the only other person in the room.Bookmark here

"Stella!!" answered the man.
He was someone average in height, but it was the only thing that could be distinguished from him, after all, he was completely covered in gear all over the place. An aviator suit, gloves on his hands, and a helmet with a visor, if that wasn't enough, he also wore a balaclava that covered his mouth.
¨What are you doing here!? Did someone follow you?¨ he said worriedly because only military personnel is supposed to be on the ship.Bookmark here

"No" she answered."I have already made the necessary arrangements for this little reunion".Bookmark here

"So what is the situation this time?" he said mildly relieved."It must be very important for an angel to personally tell me the details?", and he was correct because angels are not people who should see the living. "Did they finally make sure to find it?"Bookmark here

"How did you know that I was an angel?" asked the girl in white, but without showing the slightest spark of emotion.Bookmark here

The man began to list all the reasons for his conclusion.
"The staging was closed from the inside."
"That you have casual wear all in white."
"That you know that soon they will call me."
"That an unknown woman appeared after 1 month at sea on an aircraft carrier, one of the safest places in the world is strange"
" Algo we have known each other for a time now"
"I can keep giving arguments about it"Bookmark here

"As you were informed at the beginning of this operation we have confirmed the location of the Codex" said the girl ignoring him.
"The problem is that now is in the custody of the researchers of the I.S.C."
"They check their data quite often so that we could not infiltrate a traditional agent to get it back to recover it."
"We have worked hard to bring the conflict between the Alliance and the Empire to the north to create what may be our best chance to win it back."
" The Mission approval was done 5 minutes ago."Bookmark here

"The I.S.C had it all this time!?" he said surprised at the information, and how not to be. Having worked in the army he knew very well who they were. They were a multinational company hired by the Alliance, They were in charge of the research and development of new weapons, pharmaceuticals, computer equipment. If it had to do with technology and is brand new it most likely came from them. They are so good at their job that they even got the United States Army to hire them over their favorite Lockheed Martin. So the new teams of the American division of the Alliance out of them. So it was dangerous for them to have something like that."Where did they find it?"Bookmark here

"At the moment we do not know" with her normal quiet face, the girl replied
"Unfortunately we have noticed that it is not the only thing they have found from the Seventh operation."
"We think they got some other artifacts from such dark times."
"We don't know exactly what they have."
"Everything is in one type of large capsule inside their laboratories."
"The good news is that at the moment they have no idea what have in their hands, but that's why we have to get it back right now".
"We only have one chance." her face changed with this sentence, it was of fury, but of the man in front of her, it was of the situation.
"Several of our infiltrated agents in the central command have been discovered, we have managed to get them out safely by pretending they were rescued by the Empire. It goes without saying that right now they are investigating the contacts, so we can not do more things that attract attention."
After a short pause to regain her usual calm, she stressed the following.
"It is expected that it can cause complications so you will have to adapt to the situation."
"Your duty will be to take the Codex and protect it at all costs". That's right, the next problem they would go through would be to retrieve this item. It was a crystal, one the size of a hand, it was bluish in color. But despite his harmless appearance, has not stopped causing problems for the angels in charge of the security section. Because despite what most people would believe, this crystal was capable of fulfilling wishes and as if this weren't enough of a problem, it also required a HUGE PAYMENT IN ADVANCE  to be able to use it. One that some people would be more than willing to sacrifice to access such power, a real headache for the angels without a doubt.
"The extraction details are being discussed right now".
"We will give you more information later than we have decided".Bookmark here

"The Celestial Security Section with a totally improvised and unfinished plan".
"How low have they fallen" Cesar mocked.Bookmark here

"I think this speaks a lot about the pressure to recover it to perform like this without good preparation".
"But we just don't have any real options, this is the best due to chaos there will be from combat" she explained.Bookmark here

"What about some defense squad?" he asked.
"Their success rate is almost 95% when they show up".Bookmark here

"The risk of the general public discovering us is already quite high" she complained.
"Also they specialize in securing the assigned territory".
"A mission with so little preparation is better to have people who have been proven to be good in desperate situations as often as you ".
"Also you will not be the only one in this, there will be several who will try to help you with what they can".
"But don't expect anything too direct".Bookmark here

"What do I do with my assigned tasks as a pilot?"A doubt arose from him.
"How do I retrieve the code that is probably in the middle of the war zone when I'm only supposed to drive a helicopter?".Bookmark here

"Today you will be assigned to a transport helicopter" the girl began to explain.
"You should be able to fake a mechanical failure, we even have other infiltrated angels prepared to help you give "Realism" to the situation, right now they are damaging your helicopter so that it has that problem. Then they will give you support when you fall on the battlefield to avoid further complications with hostile soldiers, they will be the same ones that will inform you about the extraction."
"After you meet them you will act as a sniper thanks to your skill until it is time to act."Bookmark here

But then, reflecting a bit, Cesar thinks who the other infiltrated angels could be because they were doing their job very well because not even the one who knew of their existence and ways of acting had discovered them. But thinking a bit about his companions a name came to mind.
"Is Captain Cedric with us?" he asked trying to guess some possible connection.Bookmark here

"Negative"
"He's just an ordinary alliance officer, so you must deal with him when the time comes"a direct answer from the unflappable girl.Bookmark here

"Well at least with this I ended up free at the end of all this "accident" as you like to call it"the young man gave up, with a clear disheartened face, even though the helmet and balaclava.Bookmark here

With a slight apology bow from the girl she added the following: "We are sorry for all this inconvenience, we have caused you . But I have come personally to assure you that once this is finished, we will finally put an end to all the loose ends left by the dragoons of the seventh operation."Bookmark here

Seeing that his task was finally coming to an end, he began to reflect on what had brought him here in the first place, and with a serious tone, even threatening, he asked, "And my sister?"
"How is her health?" he expected a positive response because otherwise, he would directly leave all this thrown away because that was the only thing that interested him.Bookmark here

"Your sister has been cured for a long time just as we promised. Since then she has not had even a cold¨The girl tried to comfort him, she even tried to sketch a smile to appear to be as sincere as possible, because it was important to his collaboration with him in the mission.
"But I cannot give more details to people who are not supposed to know with the information available through normal means". And the angel was right, it was assumed that for humans their existence was their secret, and much more that they are divulging so much information to people who should not as if it were a type of divine revelation for common people.Bookmark here

"OK"
"I'll finish with this and then find a way to reunite with my family apart from trying to find an excuse for all these years missing" he said, you could intuit that he was remembering some scene with his family in the past because now he looked calm againBookmark here

That aroused the curiosity of the girl, who asked for a little more details: "Haven't you told her anything yet?".Bookmark here

"I have tried to talk to her but it has been impossible to contact her for a while" he answered.Bookmark here

"Alright it's time for me to retire I wish you luck in your mission"
"Everyone in heaven is counting on you one more time" said the girl getting ready to leave the room she was in.Bookmark here

After that little reunion, the girl went the same way she came from, again undetected by anyone but the boy.
Shortly after the warning sounded, it was with which the pilots were called to the briefing center to tell them about their next mission, one that could change this war in which the world was involved, and that of which other forces other than humans like the angles were taking advantage.Bookmark here 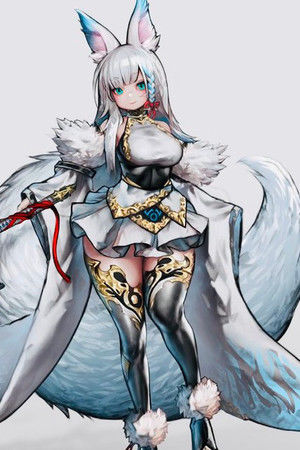