Orange, it is a spherical shape with striped bumps engraved across the vegetable. It had a fierce and fixed smile, creepily staring with it’s carved out eyes and flaming pupils beaming on all around it. It had a carved face; hollow and gutted with a single candle flaring inside of its own head. No trace of a body, it could be assumed that along with the hollow inside and carved face maybe it was lost with the knife that gave life to the bodiless, orange head but dead inside with no brain and no skull to control the life of itself.Bookmark here

Smoky, the firing flame was a foggy and cloudy smell with the flesh having a far more pleasant and less aggressive aroma with a creamy, delightful scent quite faint but can be strong when close and personal. You can just taste the flame’s roaring, smoky and clouded scent; the faint cream of the pumpkin’s flesh was nice and calm but more aggressive mixed with the strong, burning passion of the sparking flame. Bookmark here

Constantly ticking, flickering incessantly. Ticking like a bomb ready to be set off; a bomb that could blow at any moment unaware when and oblivious to the fact that it does not have much time to live left, with the night coming to a close. Bookmark here

Warm, the candle inside of the vegetable gave a nice cosy feeling, especially with the cold, bitter night being brightened up by the flame guarded by the pumpkin’s hollow, orange shell. However, the warmth may seem safe but the temper of the protected flame is bitterer than the night itself, the anger of it is unparalleled to the night from vengeance alone for the small, yet strong firing flame wants the rest of the body for the pumpkin guardian that holds the candle so that the life of the furious, fierce flame can be extended by the ensured safety of the pumpkin who would risk its very own life to serve the one who flickers inside the very shell of the vegetable.Bookmark here

Who was the cause of the body? Nobody knows, but the flame would not rest till the one responsible, are found bodiless from their own foes.Bookmark here 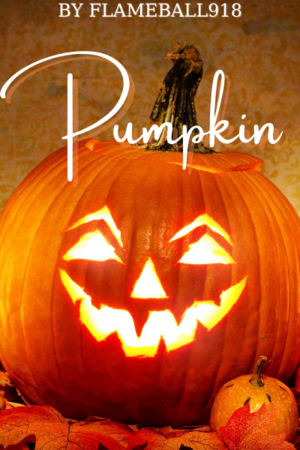