“If you put all of yourself in it, you can make a dream come true” was something he was told a lot when he was a small kid, back when his parents were alive.Bookmark here

Now, he looked up at the pillar from down the ground, observing where its crystals disappear and its rocks met the Sky.Bookmark here

See, he always dreamt of a day when he would see if there’s something beyond the Sky, but it always stood out of his reach.Bookmark here

It would always be a land different from down there, and it was always full of the most different types of food.Bookmark here

But now his stomach growled with hunger, as today he decided that he would start rationing his food, in fear he might start to run out of it in the future. After all, he couldn't climb the pillars yet.Bookmark here

He couldn’t do anything to achieve them, but… Bookmark here

…That still didn’t mean he couldn’t at least have them, right?Bookmark here

…Maybe it would be for the best to stop thinking about it and focus on what he was supposed to do now, as he soon heard a loud sound of a man hitting a stick against a piece of metal.Bookmark here

A man dressed up in white walked in, with a most worried look on his contracted brows. His tall figure stood up against the crowd which was formed in a semicircunference around him, and everyone stopped to pay attention to him.Bookmark here

“My people, it would be with a smile on my face that I would now announce the start of the food donations, but…”Bookmark here

As the Shepherd made a pause for a moment, Nico could hear people gulping. Everyone looked at him with a mix of fear and anticipation, and no one dared to say a word.Bookmark here

“In the last 7 days, I’ve received over 10 people telling me of someone dying, all with strangely similar symptoms,” he said. “I fear a plague might be coming upon us.”Bookmark here

This was a word that spread fear through the crowd.Bookmark here

It was something a good portion of the presents had never seen one, and to many, the possibility of something like that ever happening in their lives didn’t even seem real. But that didn’t mean they haven’t heard of them.Bookmark here

Instead, on the very contrary, stories of the plagues long ago inhabited the elder’s stories of old. Stories about how the people died fast, but cruel deaths, blood coming out of their mouths, members of their body necrosing, and the incredibly high body counts. Of course, they were slightly exaggerated, to say the least, but this didn’t turn them even a bit less scary.Bookmark here

“I know the effects of a plague very, very well, although I only experienced one when I was but a young child, and so, I know even better one thing: I don’t want a kid to have to experience this ever again. I don't want kids to turn into orphans like me, and I don't want to see such suffering again.”Bookmark here

The grip on the Shepherd’s hand tightened, as if he was under severe pain, but his eyes showed a strong determination.Bookmark here

“We shall not let this happen. By the name of the gods and of what is good, we can’t possibly let such a thing happen. So, I urge you, warn me or one of my assistants immediately if you feel or know anyone who’s coughing very frequently, is feeling weak, and has frequent fevers.”Bookmark here

As the Shepherd went silent, apprehensive gossips started to spread between the crowd.Bookmark here

“A plague? What will happen?”Bookmark here

“I hope I’m going to be safe…”Bookmark here

“The gods are upset…”Bookmark here

Just like them, Nico also had his fears and doubts. Should he catch the plague, what would happen to Gray? Who would take care of him? He doubted Natta would do so, and it seemed like at the moment Gian didn’t have the time and capability to do this either.Bookmark here

“Now, with this unfortunate announcement out of the way, we have to start the food donations,” he said as multiple men brought huge carts filled to the brim with food. “One by one, come here to receive your portions. First, those who are above 50 and don’t have sons to support them.”Bookmark here

As the Shepherd commanded, the ones which fitted that classification walked in and were organized in a line, and one at a time, received their portions.Bookmark here

These donations, organized by the Shepherd every two or so weeks, at the last day at the pillars, were based on the tithes paid by the ones who used the communal mechanisms, which were assembled at the pillars to help people bring what they gathered there to the ground. Obviously, a part of these went to the Shepherd and its assistants personal consumption, but the vast majority were destined to do donations such as these. It was popularly said that it was thanks for the Shepherd’s acts of generosity such as these and his virtue, which impressed the gods themselves, that few had to pass through starvation and misery as it was common long ago, before he came in. Bookmark here

The distribution took a long time, with various categories, all of people who are in some sort of position of social vulnerability, receiving their food one by one. But in no moment, did the thoughts, the fear and the gossips about the earlier announcements disappear. Instead, many asked themselves, “why did this happen?”, “what’s the reason for this?”, but could not find any semblance of an answer. In the end, the only thing they could conclude was “we upset the gods somehow”, but no one could discover what exactly upset them.Bookmark here

Nico wondered if this was the reason for Gray to be ill. Bookmark here

Could it be that even though Gray got worse because of him, he only started to get sick thanks to someone else upsetting the gods?Bookmark here

No, could it be that even if he had done something, Gray would be sick thanks to that random person wrongdoings?Bookmark here

Could it be that it was not his fault?Bookmark here

Soon, he heard the Shepherd, who had personally given everyone their portions by himself, shout, and he walked a few steps further. Now, it was his turn.Bookmark here

There weren’t many people remaining, as those who had the working members of their families struck by the illness were one of the last categories of people called by the Shepherd. In fact, there were only around 80 people remaining, of which all were there for a reason somehow related to the possible plague.Bookmark here

He held a huge basket forward and waited for the Shepherd as he filled it with meat and other things, one after another.Bookmark here

At one point though, the Shepherd seemed to hesitate, but he soon came back to what he was doing.Bookmark here

This made Nico curious though.Bookmark here

As he looked around him, he saw the people gossiping about something, talking softly to each other. Bookmark here

They were looking at him. Bookmark here

Their mouths opened and closed, formed different shapes and words, their tongues rolled to make various sounds, though Nico couldn’t hear any of them.Bookmark here

But, at one point, the realization came to him.Bookmark here

He tightened his right hand hold on the basket, and the small light of hope which had been shed upon him was clouded by uncertainty and fear.Bookmark here

This wasn’t right, it couldn’t be, he couldn’t…Bookmark here

Maybe someone had, indeed, upset the gods.Bookmark here

Once he received all of his portion, he quickly and softly thanked the Shepherd, then walked away as fast as he could. Bookmark here

One step after the other, in quick succession, feeling the looks on his back, he walked away, as fast as he could. Bookmark here

Before he could get far though, he felt a hand on his shoulder.Bookmark here

“Hey, you bastard, you’re the one who did this, aren't you?”Bookmark here

“I-I didn’t do anything…” he could only mutter in return.Bookmark here

The man tried to pull him back by his shoulder, but he resisted, losing his balance, and as the man’s hold left his shoulder, he fell into the ground.Bookmark here

“Hey, my brother…” the man started to say, “it was thanks to you-“Bookmark here

“NO!” he shouted, desperately getting up again, trying to distance himself from the man. “You’re wrong!”Bookmark here

He quickly took the now full basket from the ground, despite how heavy it was, and although he had difficulty holding it as he did this, he immediately started to run. Even if every one of his steps was awkward and unbalanced, he didn’t stop again for not even a second, and, eventually, he managed to reach his tent. Bookmark here

“I-I’m back” he mumbled, but no one answered him.Bookmark here

Inside the tent, was Natta, who sat silently, drinking beside the door, and Gray, who lied at the ground, his illness having come back stronger than ever, after the temporary recovery the day before. Bookmark here

He dropped the basket on the ground, and then sat with his back against the canvas of the tent. He was exhausted and breathed heavily, sweat ran down his body.Bookmark here

He raised his right hand and took a look at the ring in his index finger. For the first time in all those years, he didn’t know if he should curse or love it.Bookmark here

…Maybe what he should do now was sleep.Bookmark here

He lied on his bedroll, closed his eyes and waited. Waited for the moment he would fall asleep, and all of this would disappear.Bookmark here

At one moment, his consciousness slipped away…Bookmark here

“You can not escape.”Bookmark here

This was the first thing he heard.Bookmark here

“You know what you did.”Bookmark here

“‘Then, he exists outside of the Flock’, weren’t you the one who said this?”Bookmark here

“I don’t want to think about this…” Bookmark here

“Didn’t I tell you? Didn’t the Shepherd tell you?” the voice rang in his head. “These dreams of yours, you should’ve let go of them, long ago.”Bookmark here

“I think I’ll probably win my bet soon. Then, you’ll pay me with your soul. Wish you to recover it, win against me in this very same bet.”Bookmark here 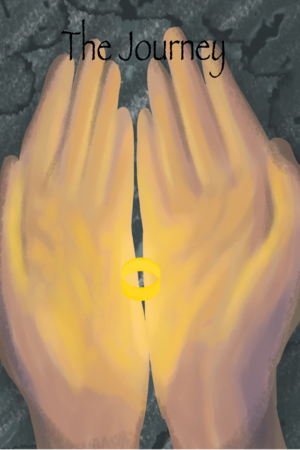