"There was," Dante said mysteriously. "And how do I know you're not actually just a random creepy old man?" Anmarie asked. "I have a few other students," he said. "Perhaps meeting them would be useful." Anmarie nodded in agreement. "So, when can I meet them?" she asked. "Right now, if I can get into the kitchen," Dante said. "Uh, I don't know if that's going to work," Anmarie said. "Oh, it'll be fine," Dante said. At that moment, Salvatore walked out from the kitchen. It was almost time to close for the day. "Finishing up?" Salvatore asked Dante, who was the last customer at Olive Tulip. "Yes," he replied, "but could I use your stove?" Salvatore eyed him wearily. "For what?" he asked. Dante smiled mischievously. "There's a certain soup I'd like to show you and Anmarie here." Salvatore thought about it for a moment. "I suppose it couldn't hurt," he said. "You know what, give us a few minutes to tidy everything up a bit and then you can use a burner for this soup of yours." "With pleasure," Dante said, resuming his brunch.Bookmark here

After they closed up, Salvatore let Dante into the kitchen area. The other cooks had decided to stay as well. "So," Salvatore began, "what ingredients do you need for this soup?" "Oh, not much," Dante said, looking around. "Some butter, a single hot pepper, the juice of a lemon, soy sauce, a whole tilapia, salt, basil, and a dash of sugar." "That's certainly unusual," Salvatore said, trying not to offend this eccentric customer. "But first," Dante said, grabbing a pot and placing it on the burner, "a roux!"Bookmark here

After finding that they did, in fact, have all the ingredients, Anmarie, Salvatore, and the other cooks watched as Dante cooked his soup. Anmarie was unsure how this soup would let her meet Dante's other students, but what she was beginning to suspect made her uneasy. "Hmm," Dante muttered, "I'm going to need a thermometer." Salvatore fetched him a thermometer quickly. "Thank you," Dante said, sticking it in the soup. He took a breath. "Ye gustatory elements! Bubble and boil and cool in this pot mine until ye reach the human temperature! Thenceforth summon me Marcus! And again, summon me Charlotte!" He sighed, turning off the burner once the soup reached a boil and watching the thermometer intensely. "And now what?" Salvatore asked, breaking the silence. "And now," Dante said in almost a whisper, "we wait." The thermometer slowly climbed downward from the boiling point, but faster than it seemed it should. Eventually, just as Salvatore began considering forcibly removing this man from his kitchen, the temperature was around 98 Fahrenheit and the surface of the soup moved. At first Salvatore thought gas had built up inside the tilapia and was now releasing, but then the top of the soup turned into a hand, which began reaching out. Salvatore let out a gasp. Anmarie's eyes grew wide. The cooks took a step back. The hand grabbed hold of the rim of the pot and began to push down, pulling an arm out of the soup, and then the shoulder of that arm, then a head popped out and the other arm until eventually a young man emerged, drenched in soup and jumped onto the floor. "Everyone," Dante said cheerfully, "meet Marcus." Seconds elapsed, then another hand began emerging from the second half of the soup. Eventually, Charlotte emerged from the soup and also set foot on the floor, fussing with her soup-drenched hair. "And this is Charlotte," Dante said. "Old man, you've interrupted our studies," Marcus said. "There better have been a good reason for this." "Ah," Dante said, "didn't I warn you I might do the soup trick? Perhaps I got carried away and forgot. Anyhow, Marcus, Charlotte, meet Anmarie. She may soon join you in your studies!"Bookmark here 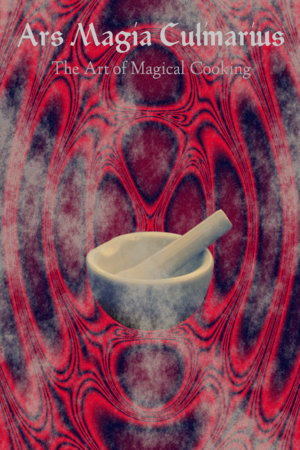