According to old tales that kindom was build after the war known as "The bloody war " . The bloody was that war that held 100 years ago Where all kindoms were destroyed and no king was survied . All the kingdoms were fighting with each other and the war became a bloody war . So many Peoples  died and were red in blood ,Dead bodies everywhere but the kings shows no mercy and continue the war . There was a tale that people believe to stop tha war . A one girl came out of the blue and seeing that bloody war cried aloud and prayed to god . To show up and stop this bloody war and to destroy all the kings of kinddom for taking life's of innocents . A big comet came out of the blue in the forest . The girl went near and it was shining bright like all the beautiful light gather in the one place . The lighting was caming from the small gem. The girl went near . After sometime she wake up and noticed she was laying in the middle of forest . The war was ended no kings were survived and no one knows how it was ended  the comet and that gem disappeared . What actually happen to that bloody war ? Were the gem goes ? Were the comet? And why she was lying in middle of forest?  No one knows . Some poeple beleive that girl is the reason the war stopped ..... No one know where is that girl came from and where she goes . The gem and comet were real and the girl was actually real or not ? Or it was just a tale made by people . Old people still beleive she stopped the war . It was said she will reborn everytime when the tragedies will happen to stop them .

Celestial kingdom is one of those kingdoms that was built after the years of that tragedy and the first king of this kingdom was an ordinary man who survived from that bloody war and built this kingdom by making people one from heart.

Likewise after years of that tragedy things came back to normal and new kingdoms were built and new kings and no wars were held .

This kingdom was as beautiful as listen in fantasy . People believe ones a year angels came to visit this beautiful kingdom .

The kingdom is well known for the prince  . The prince was no handsome  , tall and has golden hair and beautiful blue eyes and shine like   like blue diamonds were hidden in his eyes . The prince never lost any battle . IT was said that prince have power of black dragon . " Black dragon " was said to be spirit of devil god . But as years pass people think it was a rumor . He seems to bs cold hearted but a kind person resides in his heart

The news broke out in whole kingdom . The village near the kingdom was destroyed . No one survied in that  village . No one knows what happened .

Some people believe that someone other kingdom attacked that village .

Some people believe that theirs a witch in the village that eats everyone and destroy the village .

Soon the rumors went to king palace .king of celestia thought what would actually happen that all the villagers died just in second and whole village was destroyed .king get very worried and ordered the prince to look at the place

The prince was ordered to go to the place .

Prince : whybthe hell , was i chosen for this task ? Their are so many people who can investigate that village , but why me . And who carrs about that damm village

The servent behind the prince says " dear prince , the king trusted that u will definitely find out what actually happened to village "

The prince muttered " umm~ , its kings wish how could i say no "

He gets ready and wear a royal suit that is golden and white with little blue  in colour and wear a long cape . With a golden tread work .

As he went out from the palace . Many people were lined outside to see him .

He looks so handsome with the attire he wore and sitting on the white beautiful horse . The golden colour on his dress was shining and make more stars on his look.

He was damm handsome . Without even trying  he win the hearts of thousands of girls in his kingdom . Infact the princess of other kingdom want to marry him.but he didn't shows interest in any girl. No mattet how beautiful , elegant will be . He always seems cold . Even king also said him to find a princess and take the throne but he didn't seems interested in anyone and wants to live his  whole life by serving the king .

The king means alot to him .he never even thought of marriage and about a girl . He only planed to stay single his whole life . He only trust king . He doesn't want that besides king who hold his trust

He went to that village with some of his roayal soliders. The village was very near the kingdom 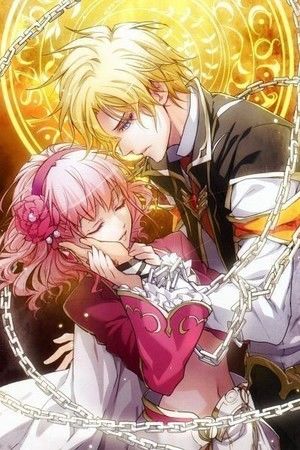