Lost tales: The Day I Saw a God

Humans are born in this world for a reason. They live searching for that very reason, the reason for why they are still alive. Some of them might also not search for that reason and lives his or her life the way they wants to. But one might live his life to protect his love ones. Some people lives a life to become a king or queen. Some people are born poor trying to live in hardship and in the hope that their life will change in the future. Some people are born for disturbing the peace of the world. Some people lives to find peace that they have lost. Some people may find there reason to live and some may not find it. But either way if they find it or not find it, Everyone have a promised day. A day that was promised by the god. This day wasn't only promised to humans but for every living being in the entire world. Humans, animals, fishes, bird, they are all aware of it. The day when there life come to an end. That day was known to them by the mother nature. That is Death. Every living being will die one day. That is the promised day.

The other girls looks back at her directions and saw her. She stops walking.

"You can. But before you say anything. Let me ask you what you are trying to say even after we bid farewell to each other the 5th time in a day? Kona?!"

Her name was Natsumi Furukawa. She had red hair with blue eyes. She was in her third year. She came from a wealthy family. She had great numbers in her examination and was the top of her class.

"So, Natsumi wanna hang out with us in the karaoke? One of my friends will also come to the karaoke"

The running girl name was Kona Haruno. She was just an ordinary idiot and her friend. She had black eyes with black hair.

"I am sorry. I have my part time job"

"Oh! That's a shame. Then I will see you tomorrow in the school. Goodbye!"

Kona leaves. She went back to her other friends. She starts walking again. Suddenly she hears a boy laughing at the school gate.

[Why is he laughing? Though I guess it's none of my business. But his friend must be embarrassed]

Yes, he really was feeling embarrassing. Natsumi starts walking again. She heads to the the train station in Shibuya. She gets in the train and went to her destination. It was the McDonald's. She was an employee at it. Other than her there was 3 other people working in here. Her senior Maki-san with blue hair. Her manager Iro-san, who looks like an old woman on the verge of death even though she isn't that old and the other employee Sojo-san, who rarely comes at work. Today other than him everyone came to work. It was just another normal day at work to her.

After working for 4 hours she left the shop. It was still raining. She was angry at her for dumping her (Maki) work to her. She starts walking to get home and saw her senior. She thought of lecturing her. But before she could do it. Her senior ran away. She was unable to catch up with her. She was disappointed. She gave up.

The rain got more heavier. Her umbrella was shaking. She was holding on it more tightly than ever. The streets were also getting darker. While she was walking on the streets, she comes before a park. She looks at the flowers on that park. She noticed that there was one withered flower in all of those perfect flowers. She finds an sudden interest on that withered flower. Though she didn't know why. She takes it with her. After walking for sometime she reaches her home.

"Welcome home. How was your day?"

"Take your bath and come to the dinner room. Your father won't come home today either."

She went to her room. It had a bathroom beside it. After taking off her clothes, she goes to the bath and gets refreshed. She comes out of the bathroom and puts that flower in a vase. She wears her clothes and eats her dinner. She goes back to her room after eating and finishes her homework for tomorrow.

While sitting on the chair, she wrote this on a diary [Today was also a great day. As always mother's cooking is the best. But Maki-san almost made it into a bad day. It was also raining heavily. I hope the weather will get better tomorrow. Other than that it was just another normal day.]

She jumps on her bed and sleeps right away as she was tired. One of the petals from the flower falls down from the vase right after the clock hits 2 am.

1 week left before she dies 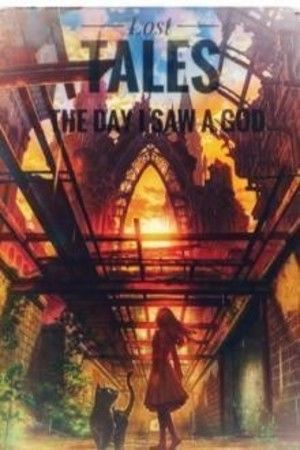 Lost tales: The Day I Saw a God