I wake to the sound of a steam engine chugging vigorously, and jump to my feet upon realizing the dream didn't end. I wince as a shooting pain sears my head, but I grasp at my chest instead, before staring in confusion at my hand and moving it to my aching head.

“A-are you okay?” Mirei asks in a panic as she skirts through the doorway with two paper cups in her hand.

“There's a coffeemaker in the hall...I was hoping you would have some with me,” she says, a timid smile glowing amidst her weary face.

“Yeah, that was the only choice,” she chuckles, handing one of the cups to me.

“You’re a lifesaver,” I mumble through a yawn. “So, what were you doing outside anyway? What’s out there?”

“Oh, it’s just a plain hallway,” she answers. “When I went out there, JC was making coffee, so I talked to him for a bit.”

Exhaling after taking a swig of the hot coffee, I ask, "What about?"

“Well, um, I just wanted to ask if he knew anything about me, since I still can’t remember anything,” she says while peeling a strip of paper off her cup.

“He said he doesn’t know anything,” she answers, looking dejected. "I guess he would have told us last night, if he did."

“I don't think we should trust him, anyway,” I mutter, folding my arms.

“I think he means well,” she responds, looking unsure of something. “But he's a part of this, so I can't talk to him the same way I can talk to you.”

“Well, that’s good,” I reply with a weak smile. “At least you know I’m not connected to that devil in the fire." Unable to maintain eye contact, I look outside at a purplish horizon beyond the sea, occasional spots of light dotted across it.

“Are you really scared?” she asks, fear in her own expression. “You just seem so stoic…”

“I'm still trying to process everything, so I'm probably just responding like I do in most situations,” I answer, shooting a hesitant glance at her.

“I thought you were just way stronger than me, so it’s kind of a relief to hear you say that,” she says, her fragile smile bathed in so much warmth it draws me away from the scenery.

I show her a modest smile in return. “Well, I’m guessing he's waiting for us, huh?”

“Yes, he did say we would be disembarking as soon as you’re ready,” she answers with a mixture of excitement and anxiousness.

“Thanks to the coffee, I’m about as ready as I’ll ever be,” I respond with a sigh, tossing my empty cup into the fireplace with a scowl. "Look, I don't know if I should be saying this here… but if we have a chance to get away from him out there, I might take it."

"Okay…" she whispers, her cheeks and lips quivering like she's about to start crying again. "I'll go with you if it's okay."

Sighing as I reach for the doorknob, I respond, "Yeah, we'll stick together."

As she reported, the short hallway consists of white walls, a few fluorescent lights, a grey brick floor, and a few abstract murals near the door to the room we’d come from. Other than that, there’s no ornament or life to it, only two more doors on either side. The coffee station seems to have disappeared, but I figure it’s best to ignore that.

JC emerges in a hurry, wearing the same black suit as before. “Alright ladies, if you’ll follow me outside this door, we’ll be off to our first destination.”

Mirei and I share a hesitant glance before following him. As he opens the door, white light bursts into the hallway, forcing all of us to shield our eyes. “Well, let’s just ignore this and go on through, shall we?” JC declares, leading the way. I follow, even though I can’t see anything on the other side.

Just as I begin to pass through the doorway, something tugs on my hand. I look back, and amidst the blinding light I see Mirei’s shriveling figure, succumbing to tears as she grasps my hand.

Even though she looks pathetic like this, the light cast onto her figure makes me realize how angelic she actually is. Fighting the urge to hug her thin frame, I offer her a gentle smile before gripping her hand and pulling her through the doorway with me.

Together, we venture into the abyss of white light. Despite the clear uncertainty weighing on our hearts, we go with a firm hold on each other. And in the blink of an eye, we find ourselves on solid ground in a train station that looks a little too normal, all things considered.

There are people all around us. Many of them flood by us to board the train behind us, which seems far too normal compared to the inside of the train we’d been on. Ahead we find a series of white-blue pillars and small food booths. No doubt, this is the real Shibuya Station.

Before I can fully comprehend the sense of relief I’ve gained by simply leaving the train, JC tugs my hand and begins to weave through the traffic. I follow suit, pulling Mirei through several long winding halls and flights of escalators before reaching the outside of the station.

Now that we’re outside, I can truly appreciate the feeling of fresh air filling my lungs. My gaze falls on the sea of pedestrians navigating the vast Shibuya Crossing, and pans beyond toward the sunny portrait of downtown Shibuya. Everything looks real, as if this were the real world.

Actually, nothing feels any different from the real world. I pay close attention while JC leads us through the crowd toward the apex of the crossing. Everything I see begins to sync with my memories. The cars, the people, and the billboard screens are all as they should be.

“Hey,” I blurt out, unable to hold back. “Why does this look exactly like the real world?”

“I told you before, it’s a replica made in a versatile dreamscape,” JC answers, not bothering to look back. He seems to be in a great hurry, leaving me unsure why it’s necessary to keep pulling us along like this. Unless…

I stop at once, forcing him to turn back after nearly dislocating my arm, showing his face beaded with sweat and a mixture of nervous frustration. “I don’t know what kind of sick game this is, but if you don’t want the police on you, you better come up with a good reason why we should keep going with you.”

Strengthening his grip and furrowing his brow, he says, “I wouldn’t do that if I were you. This dreamscape may be versatile, but if you get lost here without me right now, it'll be as good as an automatic forfeit.”

“Enough of this farce, this isn’t any different than the real-”

“It’s not the real world,” he cuts me off with urgency. “If it was, don’t you think people would be gawking at us walking like this? They’re basically NPC’s. And I don’t know what they might do if they do notice us, which is why I’m hurrying.”

“Then why don’t we take a car?” Mirei adds, panting and clutching her chest.

“Like I said, I don’t know how they'll react,” he grumbles. “This place contains too many variables I can’t account for right now, so it's best to avoid interacting with any NPC's. We'll make it on foot, okay?"

He tries to pull me once more, but I stand firm, hardening my glare. “That all sounds nice, but I’m not convinced. Why else would you be so nervous? You’re acting exactly like an abductor...”

“Mary,” he says as he turns back, his face tightening and going red as he wipes his forehead. “If I'd planned this, why would I be reluctant to use a car when I could just have one prepared? Do you really think an abductor takes a risk like waltzing his targets through the damn town?”

My eyes grow wide at his sudden loss of patience. He’s clearly panicked about something, but I can’t ignore the possibility that what he’s saying is true. For some reason, however, I can’t see past the thought of being taken. It’s getting hard to breathe, and I feel my vision narrowing. The longer he stares at me with growing impatience, the more cornered I feel. My hands shaking, my eyes darting around for an escape route, I—

“I think he’s right, Mary,” Mirei cries, gripping my shaking right hand with both of hers. “If this was so organized, I don’t think JC would risk taking us through busy streets like this. Besides, we’re making a scene and nobody’s really paying any attention to us… right?”

I focus my frenzied mind and turn back to see her smiling softly, albeit a bit forced. She turns to the nearest passerby, puffing her cheeks and sticking her tongue out at them. When the person walks by without making notice of her, she looks back at me and giggles, looking down with reddened cheeks. "Besides, If JC's right about forfeiting, we'll die if we don't go with him…"

“O-okay,” I stammer, calming my breaths. I still can’t shake the foreboding feeling in my stomach, but I know I can trust Mirei, at least. “Fine. Let’s go.”

JC simply nods and hurries ahead. As we walk through the crowd, I’m once again accosted by the fear of having my freedom taken from me, coupled with a sense of deja-vu that I can't shake.

We travel several blocks before reaching a part of town I’ve never seen before, stopping at a vacant intersection. To the left and right lie park trails and benches. Straight ahead, the road is outlined with trees, marking the first unrealistic prop that, in one fell swoop, clears the doubt clouding my mind.

The trees bear a beautiful volume, but what steals my attention is the color of the leaves. Bright pink and ocean blue leaves sit amongst the light green leaves in every tree, unashamed of being out of place and bouncing with the wind like they belong there.

Speechless, I glance back at Mirei, who's also captivated by the sight. I find myself slowly trailing off toward the trees with her in tow, but JC strengthens his hold on my hand and guides us down the side of the road.

I realize I’ve become relieved by the sight of the trees, understanding that this must be a dreamscape, after all. I can’t fathom why I feel a sense of relief knowing I’m trapped in a dreamscape rather than being abducted. I wonder how screwed up I must be, thinking that, but I feel like it’s something I can’t help— something ingrained in me. 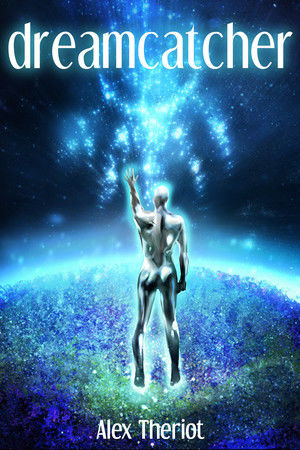