I've Settled In Pretty Well, But There Are Greater Challenges Yet to Come

Things were going OK at school. I think...Bookmark here

At least, at this point I was staying ahead of homework, getting decent grades in tests, etcetera. Just one issue, really.Bookmark here

Hinata had to stay with me basically 24/7. I mean, it was nice to know she worried for me, but even a techno-geek like myself needs a little breathing room.Bookmark here

Still, things could have been worse. Toshiro, Akio and Kenji are making a good attempt to make me feel welcome - mostly Toshiro. His energy and enthusiasm had worried me at first, but now that I knew him better, I realized it was his way of life. A little melodramatic, maybe, but also the perfect counterbalance to a shy personality. He had me completely at ease by the time the first week had gone by.Bookmark here

Crazy where the time goes. It's now been almost a month since our first day, and, if I'm honest, it's been the best start I've ever had.Bookmark here

It was Saturday. My favourite day of the week. Sitting at my PC, playing my favourite videogame. I'd reached top of one of the online leaderboards, and knew I'd have to fight to keep my position. Good thing I was willing to.Bookmark here

I was dressed normally, since it was the weekend. Just a plain T-shirt and some trousers. I wasn't going anywhere, so I didn't need my shoes on. My hair - grown over the past few months - was just loose and messy; so unlike all the effort Hina went to to make it look presentable in school.Bookmark here

"Hey, Rumi, what do you want for lunch?" Hina called up the stairs to me. We had a family tradition that she'd make lunch on Saturdays - one of the reasons it was my favourite day of the week. She's an amazing cook.Bookmark here

"I'll eat whatever you put on the table!" I replied, leaning back in my chair. Right, that left me about twenty minutes to boost my ranking to Deity.Bookmark here

Oh, I should probably tell you what the game is if I'm gonna get all technical about it. It's called 'Shikami: The EverWar'. It's basically an online RPG where you choose to be either a disciple of the gods, and get access to a bunch of cool magic items and spells, or a human, where you get to use guns, missiles, tanks and the like.Bookmark here

I became a Disciple, following the storyline until there wasn't any left. Now I just do the side quests and daily missions, sometimes helping a few of the newer players get through a level. I was one of the first to actually get the game, which explains why I'm so good, despite how young it is.Bookmark here

I was on a daily quest - a fairly simple one, in comparison to some others I've gotten. All I had to do was assassinate a Mortal leader NPC. Sounds easy enough, right?Bookmark here

This NPC was inside a literal fortress, surrounded by guards armed to the teeth, and there was almost non-stop surveillance.Bookmark here

And that was ignoring all the booby-traps and anti-magic systems.Bookmark here

I smiled. This was too easy. First thing's first: the magic detectors. Don't ask me where a bunch of gun-loving humans got the kind of tech to detect magic, it's beyond me. It was easy enough though. Bakas only arranged it around the perimeter of the fortress. All I'd have to do is go around, disabling them.Bookmark here

That done, I could send a hawk in to wreck the magic supressors. A quick mindlink spell and I could direct the hawk as if it was my avatar.Bookmark here

Right. I had my most valuable tool available to me now. I cloaked myself and snuck in to the grounds. I'd need to be quick to pull this off. The cloak only lasted thirty-five seconds - enough time to get me into the building, maybe, but after that I was on my own.Bookmark here

The cameras were easy enough to bypass with the cloak, but the backdoor (technical slang for way in) - in this case, a window - was made of triple-glazed, steel-reinforced glass. No way would I be able to smash it quietly or slide it out of its frame.Bookmark here

I drew my Hellflame sword and melted the glass. I'd been hoping to leave no trace, but nevermind.Bookmark here

I snuck in, ducking into the first room I found. Empty, thankfully. And just in time. My avatar lost the transparency that signalled I was cloaked just as I shut the door behind me.Bookmark here

Right. No cloak - it has a fifteen-minute cooldown - but I wasn't helpless. I just had to do this a little differently than I'd wanted to.Bookmark here

Now to send out a magical decoy. This'd take a chunk out of my mana, but it was all I could do. With the guards quite literally chasing ghosts, I'd be able to reach the target with ease.Bookmark here

As I'd expected, the alarm went up, and all the guards started chasing after the decoy.Bookmark here

Suterusu - the God of Stealth (and also the quest-giver for this assignment) - had told me the Mortal I was supposed to kill would be in the very heart of the fortress. Glad I sent the decoy to the roof.Bookmark here

I made my way up, quickly and quietly - which involved slicing open ceilings with my sword. It'd taken quite a while to unlock it. I'd had to complete fifty quests for Moyasu, the Fire Goddess, before she'd even let me in her forge. It had taken another twenty-five to earn the privilege of using it. And then I'd had to go on a bunch of dangerous quests to get the items I needed to actually make the sword. The heart of a fire demon, dragonsteel, the hide of a wyrm, and, of course, Moyasu's Blessing.Bookmark here

Right, fifth floor out of ten. Now I just had to find the middle. I pulled out my Compass - another enchanted item that proves useful beyond reckoning. It's essentially a waypoint on a minimap; it tells me where I am, and where I need to be. It only works for that when you've got a destination to get to, though.Bookmark here

It was guiding me into the wall. A quick slice and I was through. Left. Left again. Right. Straight.Bookmark here

And then I was there. I could see the target arrow which distinguished who I was going to kill.Bookmark here

I dug around in my inventory for my poison-tipped dagger. Found it. I was about to tap the attack button and kill him when I got a message on my phone.Bookmark here

I picked it up, idly hitting the attack button in the process.Bookmark here

'I know your secret'.Bookmark here 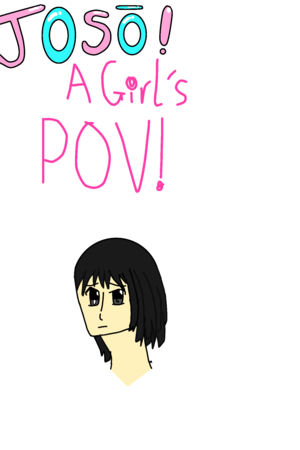