The day I found out that I was Demon King

BECOMING A DEMON KING IN ANOTHER WORLD.

Lol mate this fat fuck is trying to step back. :Bully 1 "said while smirking"

Step back I'll beat the fuck out of this piece of shit. :bully 2 "said with angry expression"

W,what is this this fat fuck is shining. :bully 1 "said with creeepy expression"

w,What is happening to me- :Shija Sikura "said with terrified expression"

HIS SENTENCE WAS CUT BY A STRANGE VOICE. and was telepoted to a strange place"

Who are you, what is this place. :Shija Sikura "said with terrified face"

OI OI calm down its me your father. :strange voice

W,what are you saying, my father? You must be joking. I was told by my grandpa that you were dead.  : Shija Sikura "shocked"

Oh He said that. I actually abundant you. But i guess he didn't want you to hear that. : strange voice "creepy laugh"

What are you saying, you piece of crap. : Shija Sikura "angry expression "

You fucker come out of nowhere, fuckin say you are my father and saying you are from another world, what are you plotting. :Shija Sikura "angry expression "

The strange voiced figure was revealed. Shija was shocked that the person was his actual father!!.

Now now calm down, this is it for me, have a good trip at another world. : Shija's father "said with creeepy smirk "

Shija was suddenly sent to the world of demons and was being worshipped. In the other world,  he had a high status as the son of previous demon king. A war was going on so his identity was kept secret from public in danger of being attacked. His previous memories were kept but on the memory of meeting his father was erased. Shija learned all kind of demonic spell at just age of 2. He was considered to be on a league of his own.

Ah young master where are you running of to. :a care taker of shija. "Said with worried expression "

Hehe, you old hag cannot catch up with me. :Shija "sticking his tongue out and teasing the caretaker"

Haha you old shouldn't worry about me. :Shija "said with angry expression"

What are you doing Shija stop making your caretaker worry about you. :Shija's mother "said kindly"

Ah, you are spared for today . :Shija "said to caretaker while pouting"

Shija was a really arrogant and spoiled kid with everything he needs on a word. He was also very charismatic kid. His childhood went will little to no effort. But soon a problem was arising. He just turned 8 and the hardest part of his life was about to come SCHOOL years. In past life his school years were him being bullied. So he was a bit introvert.

Shija, we decided that you will go to school. :Shija's mother "said seriously"

Yes also we will suppress your power because it is too great. :Shija's father

No I don't want to go to school. :Shija "crying"

You are my son don't be scared, I will get the 4 generals to protect you. :Shija's father "Laughing" 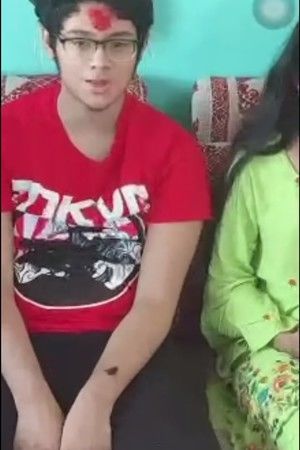 BECOMING A DEMON KING IN ANOTHER WORLD.