I’m constantly looking over at the clock. No matter what I do, no matter how much I try to forget, my mind just can’t shake off the impending dread that maybe, just maybe, I’ll be dead in an hour.

Of course, I’m trying to distract myself from that fact and instead, I’m attempting to enjoy myself. I have some Breaking Bad playing on the TV. In fact, it’s the final episode. I sit on my couch, staring at the tv as the camera zooms away from the protagonist, Walter White and his dead body. A song plays as the credits begin to roll.

Is that what’s going to happen once I die?

Is it just going to end with some credits rolling?

No. I shake my head. There’s no way the world is going to end. Not like this. I mean, in all of those books and movies we can see all of the horrible stuff happening in front of our eyes. We can see that the world is ending. But right now, it’s still completely normal.

Nothing is off. It’s just a completely normal night.

“Racquel, you’re still awake?” I hear my mother’s voice ring out of the silence. I look over at her and nod my head.

“I couldn’t sleep.” She heads over to the couch and plops down next to me, before looking over at the TV.

“What’re you watching?” She asks.

“Oh, that’s a good one.” After about 30 seconds of silence, Mother places her arm over my shoulder, and leans onto me. In return, I lean onto her.

Her breath is heavy. I can feel so much being conveyed just by that. She’s tired. She’s scared. She’s anticipating something. She’s sad. And I think I feel the same way.

I think I finally see it now. For the past month I've been constantly denying the concept of this whole “End of the world” business. I thought it was a giant prank, maybe some coincidence. But I’m still scared.

I quietly whisper. “I don’t want to die…” Mother looks over at me.

“What, honey?” She asks. I begin shaking. I slowly turn my gaze over to her. I can feel my eyes watering. Mother looks at me with pity.

Mother continues holding me. My screams get muffled by her chest, eventually leading me to stop screaming. She slowly strokes my hair and whispers to me:

I stare into her eyes for a moment. They're getting watery too. I gulp as I continue crying and once again hold my mother close.

I want to believe what she’s saying. I really do.

But she doesn’t even believe what she’s saying herself. I don’t want to die. I really don’t.

But I know for a fact that my praying won’t matter. After all, I’ve been living in a lie for the past month.

And now that I’ve finally escaped it, I wish I could go back to the ignorant life.

A life that’s a lie. 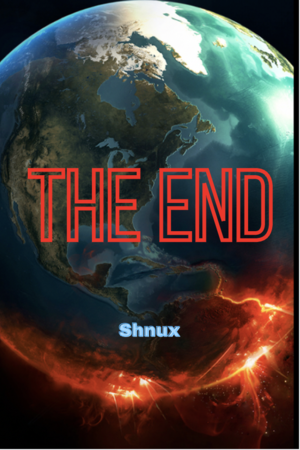