The Second Coming of Mammon

Power. He has that. Maybe a little too much of it even. From the cosmos, he stared into the vast universe that he ate. And perhaps it was because he was peeking inside of himself, he saw a similarity between him and the universe he ate-

Emptiness. Achieving omnipotence and omniscience would turn out to be his chains.

Not that there was much to bind.

He tried to kill himself, but the universe he ate turned out to be the shackles that will bind him for eternity. He can't die. His power was infinite, and so was his life. His fate was to be the universe itself, his will fading into the vast nothingness. Then, he arrived.

It would turn out that no matter how many times he kills the Hero, he would simply return by resurrecting himself.

"Mammon! You've killed all of humanity, it's time for you to pay!"

With his god-given sword, he slashed into the cosmos, into Mammon himself. It contained the combined might of the remaining gods that Mammon spared or simply forgot to absorb, as well as his very own power - The Concept of Hope.

It was an attack that he foresaw from eons and lightyears away, but Mammon is not only omniscient and omnipotent, he is also omnipresent, therefore no attack can hit him since there's nothing to hit at all. He is Despair Incarnate, maybe he is Despair itself.

But to everyone's surprise, the attack connected, slashing even the cosmos that he resides in. It was enough to kill the tyrant many times over. Since he was the Universe itself, everything was doomed to die.

That was supposed to be what would happen... And yet...

Ashen Gray hair, big round crimson eyes, and puffy plump cheeks. The feeling of being pushed out into a cold, open world. Each of his senses was tingling and sensitive, everything he felt in the first few seconds were painful and murky. Then, the fog settled-

"It's a healthy boy!" the midwife exclaimed happily after cutting the umbilical cord. It was truly a beautiful child. He was the most beautiful child she's ever seen in 60 years of being a midwife. She was expecting the boy's loud cries right about now, but that never came. It was a healthy boy and yet, it troubled the midwife. It's a popular belief that a child who doesn't cry at birth will grow up to be a problem, but his parents dismissed this as a mere saying.

"I wonder what this curious boy is thinking right now? Is he happy? Hungry perhaps?"

Ridiculous. - was the baby's first thought. Crying is a sign of weakness, so why should he, the most powerful being in existence, cry? Well, he WAS once the most powerful, and the fact that he woke up to see an unfamiliar ceiling and ginormous figures, he was simply confused.

W-who are these people?

I'm supposed to be dead!

Many questions followed, but nobody was there to answer. Instead, the people around him lost themselves in other topics-

"What should we name him?" The child's mother asked her husband. They were the parents, though the thousand-year-old child wasn't aware at the time.

"Hmm, his eyes are as red as the loveliest of hearts like yours, so how about Aizen?"

The midwife spoke all of a sudden to remind the mother to feed her child.

Being the former Demon King that he was, Aizen was supposed to be omniscient, yet he knew nothing of this world nor the current scenario at hand. He was supposed to see the future yet all he's seeing is a giant blond woman that he doesn't recognize stripping right in front of him.

W-what are you doing? Get your filthy breasts away from my MMMPHH-

This stranger shoved her breasts into his mouth. A complete stranger did. He's never been so humiliated before and he is furious. He wanted to smite the woman right away. With his rage, he channeled his energy unto his hands and with it, struck the woman ruthlessly-

"Oh, look honey! He's patting my breasts! It looks like he likes it!"

"Heh, what an energetic child we have, my love."

-yet even though he was supposed to be omnipotent, no power came out of his body. Not a single drop. He can't even speak. He's sunken this low.

Where are my powers? Godfucking damn it! Fuck you Hero you fucking bitch go die in a ditch I hope you get stitched-

And he cursed the Hero for 7 straight days. 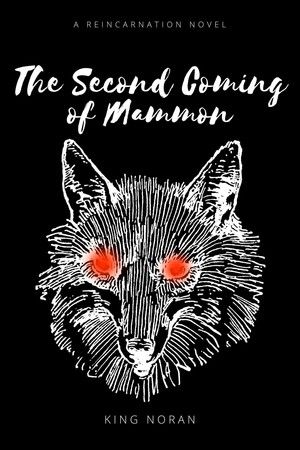 The Second Coming of Mammon