Why is it so loud in here?

The little plebs run around screaming hysterically while their idiotic parents pay no attention.

Why is everyone so blurry?

My hands are sweating.

I can't look up and stare at people's eyes.

Their ear-piercing joys of happiness, and their disgusting hugs and kisses as they bid their friends and family lots of luck, and money, and gifts.

And so many of them are shopping tonight, for tonight is the last day this forsaken place remains open for the public.

To shop, and their dramatic greetings of "Oh Jenny!" and "Mark what is it that you want?" when they will settle down in a family's home to celebrate the festivities while they stuff their mouth with milk, cookies, and pies.

I keep walking around the building, this endless path that feels elongated that leads me nowhere. It moves like a snake, with each turn introducing me to another one of those stores with employees decorating the ceilings and doors with bells and gift wrappers and-

My head twitches at the sight of the arcade.

Right, tonight's the last night they are open.

There are so many teenagers. And adults and children all gather inside like a crowd of pissants looking clueless as to where the reception line begins. I simply don't understand how anyone could stand being inside, but I suppose a billion streaks of neon lights of the entire rainbow would invite a circus full of clowns.

Some kid screaming "Mommy I want that doll!" as he points to a claw machine. Humanity's biggest scam and his idiotic mother giving him some change because it's obvious none of us should question a parent's love.

My vision blurs as I turn away from the ungodly sight in front of me. The couch is stained with my mother's blood.

Her decaying body that has been resting on the comfortable, elegant couch remains lifeless.

How many days has it been now?

But my mother's decaying body. And my father's wounded head. I think I shot him.

Oh, speaking of those little bastards running in circles, one of them gives me a staring contest. As usual, this pleb's mother pays no attention, but such is the love of parents.

And the food court's speakers blast with more Christmas music.

It rings in my ears.

I stare back. My eyes were shot open at the sight of the little monstrous creature. To think I was one of them at some point.

I was a monstrous little creature. My mother told me every day how I'd cry out loud inside the church they attended because I could not sit still.

Or the times when my father scolded me when I said I wanted to be a musician at 5. The ugly bastard drinks too much, I swear.

But you know what tickles? The neverending anxiety that crawls just underneath my skin, with the cold winds of the night howling, beckoning for me to lie and tell others I was fine.

My mother told me I was a good little boy when I was 10. My father said the opposite.

Those hands, their awful hands that violated my face, my knees, my arms. They did it out of love, they said.

My mother's hands were full of comfort as her fingers danced on my thighs.

My father's nails dug into my once handsome complexion.

The eyes that saw death dart around the quiet living room. Then, if it's like some kind of horror movie, my family's lamp onto the top of the round table flickers.

It's very dark in here. I can't see anything now.

But the silence is deafening. I think I could hear water droplets hitting our bathroom sink.

I walk into my bedroom. Like the hallway, none of the lights were on prior to what I had done.

I would turn them on, but what's the point of looking at myself, the man with blood splatters all over his attire?

Looking outside the window where a streak of the moon's light beckons my presence, I can see the emptiness of the street.

And my neighbors on the opposite side of the street, forcing everyone else down this road to hear their unbearable Christmas music. I could see their entire generation inside their dining room. I simply can't comprehend why they bought such a grand-looking house with windows inviting strangers to peer into their private lives.

The kids are laughing. The choir is singing.

Until a foreign noise infiltrates my ears.

I catch a glimpse of multiple cars. Their eye-shattering, colorful sirens heighten my heartbeat as I step back.

Of course, it was obvious. I wasn't thinking when it happened.

But the neighbors heard it. They heard what I saw. My poor father.

And yet, I didn't hear anything.

Nothing but those infuriating lyrics wishing me a Merry Christmas.

On the night of December 21st, 20XX, 19-year-old Nicholas Wilson, suspected of being the murderer of his parents, Heather and Jonathan Wilson, was arrested in their family home at Lakeville, XXXXX, according to police reports.

Officials stated that a few people from the neighborhood had called the police after hearing what was allegedly a loud gunshot. Nicholas - who was considered a very quiet and observant individual - was someone neighbors did not expect to be involved in the murder.

The man has a history with law enforcement; in 20XX, a classmate reported to school officials that he had beaten someone in their class for making fun of his scars.

Many neighbors expressed their grievances and admitted they did not realize that Nicholas was troubled.

"Nicholas was quiet, but he was always kind to others. My daughter invited him to her birthday party last year and they had a lot of fun," stated one neighbor, who wished to remain anonymous.

However, another neighbor explained their suspicions regarding Nicholas' wellbeing.

"He [Nicholas] never wanted to hang out with the other students at school. I was told by my kids that he kept to himself. When I heard that he had scars on his arms, I figured something was going on."

Police officials also confirmed that on December 24th of last year, an anonymous tip was received.

"I am at the Wilsons' home," said the anonymous caller, his voice shaken, "and I need help-"

When the dispatcher requested more details, the caller hung up.

Police arrived at the Wilsons' home that night but found no evidence of troubling signs or foul play.

"It was Christmas Eve and Heather Wilson greeted us at the doorway," said Sergeant Jackson, "They had invited several of their closest friends and neighbors and I remember seeing a wonderful display of food on their dining table. Think it was what, 10-12 people? I asked how her family was and that we came to check on them seeing that their party was loud for the night, but she stated all is well and she would lower the music after we leave."

"Now that I think about it, I thought I heard faint screaming upstairs. I assumed it was the Christmas song." 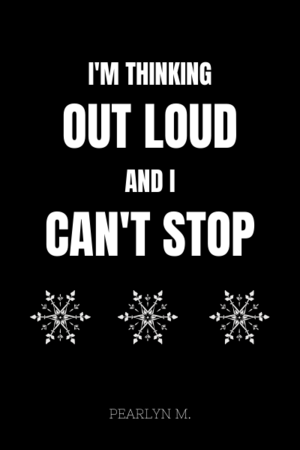