Chapter 1: The Man in Black

The loud roaring of thunder overpowered the storm's powerful rain. In a certain bar in Stuttgart, Germany, the owner is wiping glasses and grooming his workplace with flawless professionalism. He's old, but he still has it in him.

A diverse selection of drinks, one hell of a mixologist, neat and tidy building, then naturally, a thriving business. His business is located at a cramp and desolate spot in one of the dark alleys of the city. He always wondered if he should turn off the jazz since their constant yelling would muffle it, but he recently discovered that they do like the music.

A tall shadowy figure in a long coat banged the door open as if it was a burglar. The sound of the heavy rain overpowered the mild jazz music currently playing on the radio. After closing the door, gazes would follow him as he walked from the entrance to the counter.

"Here, a little something to keep you warm." the bartender gives him a warm glass of cocoa, it was his spontaneous behavior to give his customers the best service. After all, the man was drenched thoroughly due to the storm.

"Thanks, but I prefer a glass of vodka." the gazes that pointed towards him intensified even though his words were polite. His voice was a little raspy and deep, but upon taking a gander from head to toe, the man was young. Half his age presumably.

"... If you say so. Thank you." the stranger chugged the "warm" cocoa down in one fell swoop. "I still want that vodka though."

Even though confused and shocked, his service never discriminates no matter how odd the individual is. The bartender has seen his fair share of weird people, after all. He poured the stranger a glass of vodka per his request. Then, he noticed that the man's body was shivering.

"C-can I use your restroom?" he spoke. The bartender might've been intimidated by the gazes, or just feeling awfully cold to the bones. In response to this, he gave the stranger a towel.

"It's right there at the back. Don't forget flushing."

"Oh, a towel. Perfect. I was gonna use my clothes but this is much better. If you'll excuse me."

The man left the bartender even more confused. Use his clothes? For what? And vodka while cold and shivering? Plus, glugging the "warm" cocoa down as if it was iced tea? None of his actions add up at all.

"He's a strange one." Ben, a regular, spoke at the counter. He was observing the odd man as well.

"Yeah. Even to this place's standards, he is indeed a strange man." the bartender replied as he passes Ben his mug of beer, who took his eyes a tour around the place.

"The regulars are not too happy. Not only did he so rudely crash into this haven, but he also rejected your hospitality. You know how much of a fan they are of you."

"Tell them to calm their titties or I'll do the calming myself. He's a new face. A mistake or two is pardonable-"

A sudden scream in the restroom. A few more followed after a good while, then finally stopped. Everybody's activity was halted in surprise.

"Y-yeah, I don't know about that one to be honest." Ben sighed as he shook his head.

"... Just, guard his drink for me, will you? Nobody fights without my permission."

The glass of vodka wasn't there anymore. He could've sworn nobody stood up to cop it, but the answer showed itself eventually.

Out of the restroom, the stranger came out with an empty glass and without the towel from earlier. What awaited him outside, however, was a man with a bulky physique, likely of Mexican descent. His name is Carlos, and he is not happy.

But he was ignored by the stranger who proceeded to talk with the bartender to change the radio's channel to the news. Everybody proceeded to laugh. With his veins popping out, Carlos grabbed the collar of the stranger and threw him into a table.

"I was gonna go easy on you, but it seems like you need more than just words."

The stranger held his side. Blood can be seen pouring out of it. The casual talking of the customers turned into cheers of excitement.

"You just told them to calm down, why are you letting a brawl happen?" asked Ben, who raised his brow.

"I said, nobody fights without my permission. And as you've said, that kid barged here rudely, rejected my hospitality, interrupted the peace by screaming, and now he wanted to change the jazz music that my customers love so much." the bartender said matter-of-factly. 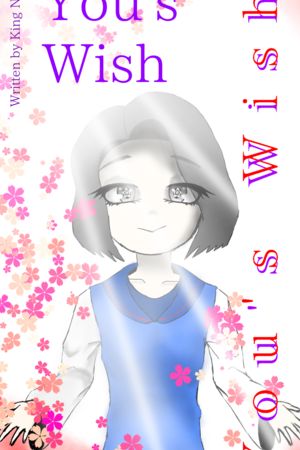