There is no god here.

I stood before the moon, arms wide open awaiting the words of God. I awaited his welcoming and my freedom. I waited to be bathed in that glorious radiance of freedom, but all I could hear was the wind howling through the lonely plains and the soft oozing of their blood. Nobody spoke anymore, not the voices nor the world.

He frowned realizing that he didn’t have the power to free himself or anyone else. That all he did was lose his world in a helpless illusion of grandeur.

And as his tears drew near, he realized this was the first time he hated the smell of blood and the true feeling of loneliness and loss. “Oh to be free,” he whispered into the night numbingly as he now sat upon the earth and looked to the moon, “is this the burden of becoming god? A crippling weight so heavy that after you’ve given it all until your last breath there is no actual joy, only a lonely and empty shell. That damn feeling of observing indifferently as reality trails behind you with every step taken, no matter if it’s forward or backward...like sleeping while awake.”

He looked over to Aster's lifeless body and crawled over to it where he laid beside her like before, he stared into her empty and pale face while holding her and cried...cried and cried.

He said in a muffled whisper.

I watched an Aster in my grasp dissipate into the obscurity of fall. Fading beautifully into the pale white of death. 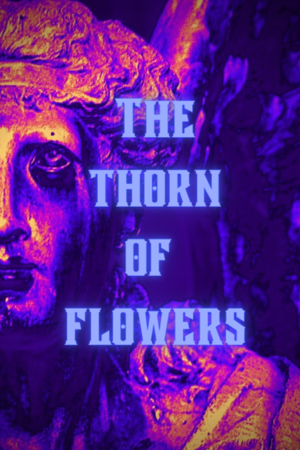