Opelë village was not unlike what Kuro expected. Laura's place was at the outskirts of a small town he didn't have a chance to see; soon after he ventured out of her house Bigot Mob was unleashed on him like hungry locusts on fresh wheat.

The village was full of darkly painted houses with blue, purple or cyan roof tiles. Some houses were black. Plenty had courtyards with violet grasses surrounded by darkly colored picket fences. A few courtyards hosted trees with violet leaves and fruit of various colors. Some of them looked like orange trees, but their oranges were blue.

“Hey Laura, do you think Bigot Mob found me by accident? It looked like they were expecting me; they did not seem surprised when they saw me despite how I... look. Do you think there might be a mole in your Cardinal's shop? I assume you brought me to this world under Laicolassë's orders right?”

“The Church of Diversity has no moles Master Kuro. I think the only animals one can find there are a few rats at the basement, in the brigs. And yes, Cardinal Laicolassë asked me to track you in your world and bring you here”. Kuro chuckled. Magic translation was quite good but occasionally it glitched; it did not work well with figurative terms in particular.

“I meant a traitor, it was a figure of speech. Do you think there might be a traitor close to your Cardinal reporting to Curufinwë?”, Laura's face wore a shocked expression.

“What?! No, no way! Every member of the Church of Diversity swore an oath to uphold its principles! Some even take their secrets to their grave!”, Laura was adamant.

‘Come on Laura, that's what everyone who was betrayed thought, since the dawn of history. Besides, every good story needs a traitor. Traitors are the best villains’, Kuro thought as he sighed.

They entered a place called ‘Gay Unicorn’. Above the door there was a wooden frame depicting a dark grey unicorn with an ’anti-rainbow’ arching over it. It had a tavern on the ground floor and lodgings to get some sleep above. The tavern was full of people stuffing their faces with violet veggies, dull blue meat, and drinking ice blue ale. They sat on a free table.

“Let's put a pin in that for now. I recall you mentioned earlier that your middle name is Entulessë. Isn't that the name of the current king? ”
“Good memory bosu. You might say I am a... princess, of sorts”, Laura anti-blushed.

“Of what sorts?”
Laura sighed. “I used to be fourth in line to the throne. I am the King's niece, a daughter of his sister. But I gave up my unlikely claim to join the Church of Diversity. So I am a former royal, that's it”.

‘A princess will always be a princess, at least in my book. Wait, this is the first time I meet a princess!’, Kuro thought excitedly.
“Does this mean that you are not allowed to speak to your own family?”

“Sort of. I'm allowed to speak with the king -my uncle- and my mother and father but not the king's two sons and daughter, his three heirs and my cousins. In fact I cannot even be in the same room with them.

I have a younger sister who's now the fourth in line to the throne, since I gave up my claim. She was legally a grey area, since the law never made provisions about direct family members. However because it's highly unlikely she will ever inherit the throne, my uncle allowed me to talk to her. But he made us both promise we will never talk about religion; we never have”.

Laura looked sad as she explained this. It was clear to Kuro that she sacrificed a lot to join her Church. They ordered meat, vegetables, bread and ale from a waitress who looked like a full sized Smurfette; she even had blonde hair, probably dyed. Kuro asked for rice but she had no idea what that was.
‘Of course you don't’, Kuro muttered.

“If you mean ‘white grain’ we use it to make bread and pies here; we do not eat it as it is. While I stayed in your country looking for you I had some and it was good. I believe in this area bread is made from white grain, not taehw grain, so you're going to have some in that form”, Laura explained.

Kuro nodded while wondering why no-one thought of boiling or steaming rice in this world. Rice pies and bread are nice but they're not the same thing.

The giant Smurfette brought them their food and, of course, everything was color reversed. Most striking was the ice blue ale and their deep violet veggies. Their meat had a duller blue color, and the rice bread was dark grey.
Fortunately they all tasted more or less the same. Tastes were not reversed. Kuro doubted he could bear that.

They ate their lunch and then rented a room upstairs; they planned to rest for 4 hours, then buy a horse and get back on the road. They asked for two rooms but there was only one room available with a double bed. They were both a bit embarrassed to sleep in the same bed but they had no choice.

When they went to their room Kuro thought he should caution Laura.
“I know you do not want to believe that there might be a traitor in your midst but that's the only explanation that makes sense. These guys did not find me by chance, they were waiting for me. Did you talk to anyone about me, either before or after your isekai'd me?”

“I never breathed a word to anyone. I report directly to the Cardinal; who, in turn, reports to the Archbishop. But there are three other bishops close to the Cardinal who knew about the plan to get you. It was a need-to-know secret plan, so the Cardinal informed only his most trusted advisors”.
‘Ah... the trusted advisor  trope. The plot thickens’, Kuro thought.

“Then the mole is one of these three guys”.
“It can't be! Cardinal Laicolassë trusts all three with his life! Besides they all took an oath and...”, Laura protested.
“Famous last words...”
“What?”

“Never mind. This is why your Cardinal can't be objective about them, he is too invested personally. I know none of them, so I can be impartial. Look... traitors do not just give up; since I am still breathing he will try to kill me again.
This time, I think, inside the Church. So right after we reach your church we need to set up a plan to lure the traitor. And every lure requires a bait. That bait will be me”, Kuro said kind of smugly.

“If you are right about this bosu why risk your life?”
“Because if I don't he will find a way to kill me anyway, and it's much quicker to lure the traitor out than rule out the two innocent bishops”.
“Fine bosu. I hope you are wrong about this but, who knows, your dark Otherworldly eyes might be on to something”.

“For this to work we need to keep the Cardinal out of the loop. Like I said, he is too involved personally and he might -unintentionally- sabotage our plans; I don't know how he is wired, he might even confront all three bishops and ask them directly; which would be... disastrous.

Our plan would be foiled and the mole would take care to lay low until the dust settled. I assume you barely take a (censored) without reporting to him but this time you really need to keep your mouth shut. Can you do that?”

Laura looked thoughtful, perhaps a bit skeptical.
“I will probably get an earful for this later but I'm going to put my trust in your plan bosu. We just need to organize the trap in a way that you are safe. All three bishops know advanced cloak magic and can see behind the cloaks of others. So you could literally be stabbed in the back by an invisible man. Therefore our trap cannot rely on mere sight...”, Laura paused to think for a couple of minutes, then continued.

“There is a way to do this and keep you safe. I will always be with you except when you are in your room; we will make that known, discreetly, to the others. We'll casually say that you are very shy or something and do not want a girl in your room, not even while you are awake.

We will then trap your room with spells that will activate if anyone steps on them; anyone but you and me. I will set up these spells in a... special way. I'll explain when we reach the Church. Let us both sleep now, to get some rest. The clock is ticking!”

“It's a deal Laura, I'll trust you as well. Let us sleep tight and don't let the bedbugs bite!”
“O...OK”, Laura looked confused.

The bed was not large enough for Kuro and Laura to keep a ‘safe’ distance while sleeping, which made them both blush. They soon got over it though and let the Goddess of Dreams take them into her realm. Their fatigue turned out to be a very effective sedative. 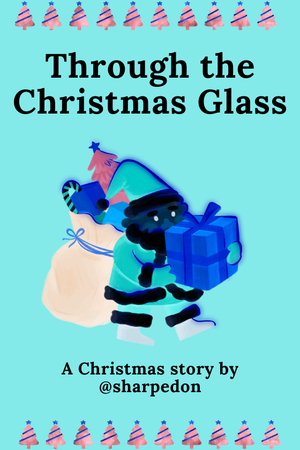